I woke up early this morning, and found it foggy outside.  The pond was barely visible from up at the house.  While the rest of the folks in the house were just beginning to stir, I went outside to see what kind of treasures the fog and dew had helped to create.

The person who doesn’t scatter the morning dew will not comb gray hairs. 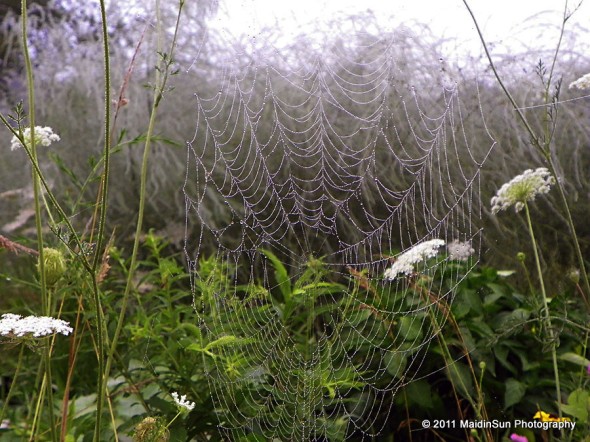 The spiders had obviously been busy overnight.  Their webs were draped all over everything, from the garden flowers to high up in some of the tall trees.

In the sweetness of friendship let there be laughter, and sharing of pleasures.  For in the dew of little things the heart finds its morning and is refreshed.

As much as I love spending time with family and with M, it was nice to have a little quiet time to myself this morning.  I took my time walking through the meadows and around the pond, enjoying the peace and solitude.

Morning is the best of all times in the garden.  The sun is not yet hot.  Sweet vapors rise from the earth.  Night dew clings to the soil and makes plants glisten.  Birds call to one another.  Bees are already at work. 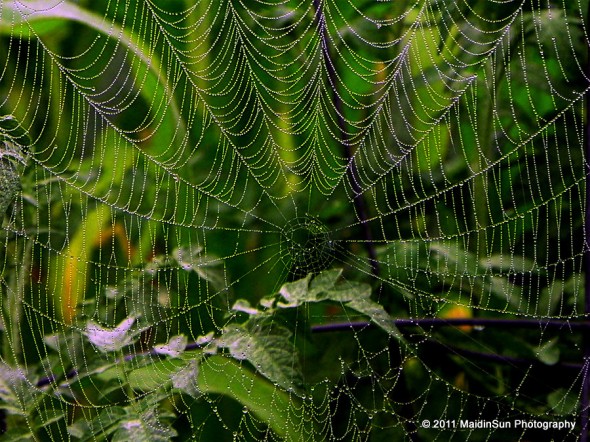 There were not many birds calling this morning.  Mostly crows, sitting high up in the locust trees cawing to each other.  Although it’s still high summer here in the Bogs, I can already feel the change of seasons beginning.  Not in the temperatures, but in the light, the bird calls and gatherings, and the songs of the cicadas. 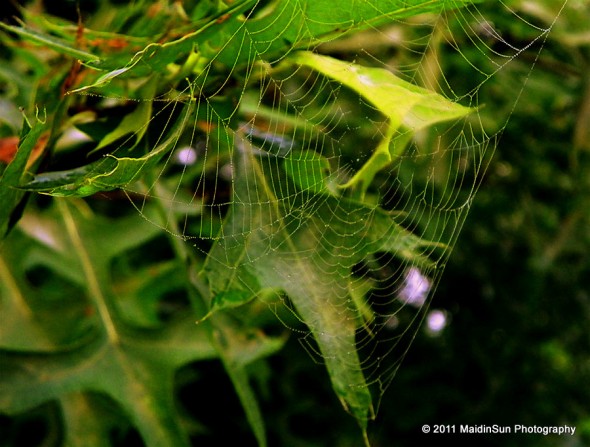 I go to nature to be soothed and healed, and to have my senses put in order. 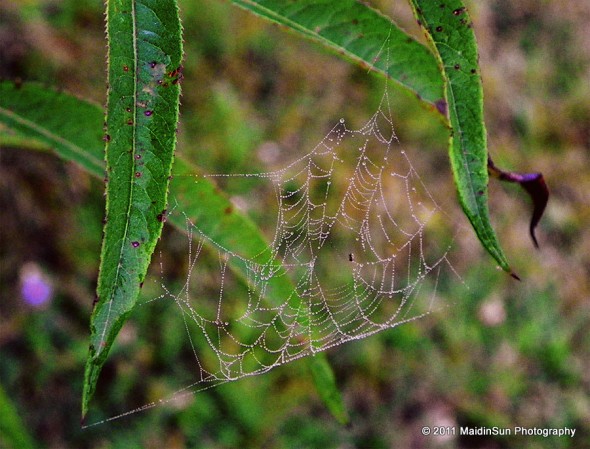 Our excursion up to Cleveland yesterday was fun, although Dad was not able to tour the steamship.  As we entered the ship I noticed a safety warning sign that pretty much covered some of Dad’s health concerns/problems, recommending that those with his health concerns/problems should not tour the ship.  I stayed behind with him and we had a look around the Great Lakes Science Center instead while Noah and M explored the ship.

I took a few photos of the stormy clouds, the steamship, and a small portion of the skyline, but prefer to show you spiderwebs today.  The morning dew was draped across them like pearls on string.

We had lunch at the Great Lakes Brewing Co.  The food and beer were delicious.  A little pricey, but that’s to be expected at a brewery.

If you want to live and thrive, let the spider run alive. 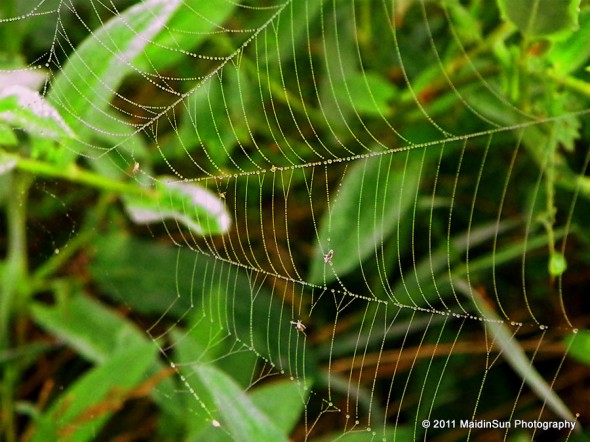 The artist is a receptacle for the emotions that come from all over the place; from the sky, from the earth, from a scrap of paper, from a passing shape, from a spider’s web.

Today will be an easy day.  No plans to go anywhere or to do anything.  We’re going to hang out by the pond and enjoy the summer. 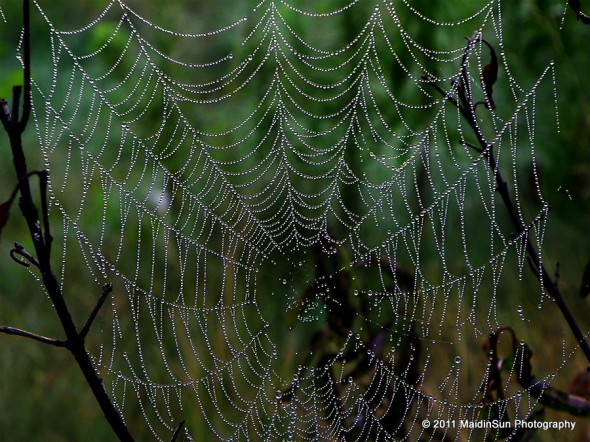 Oh!  There is one plan to do something.  Noah and M are going to make ice cream.  It has been a while since we dragged out the ice cream churn.  I’m not sure what kind of ice cream they decided to make.  I’m hoping for blueberry (but suspect it will be vanilla since it’s a flavor everyone can agree upon).  The blueberries are in season here now, and we picked up a big box of them from a local farm yesterday.  Yummy!  Blueberries are my favorite fruit.  Whatever flavor they decide upon, I’m sure it will be delicious.  And I can always make a blueberry syrup to put on the ice cream.  A win-win situation. 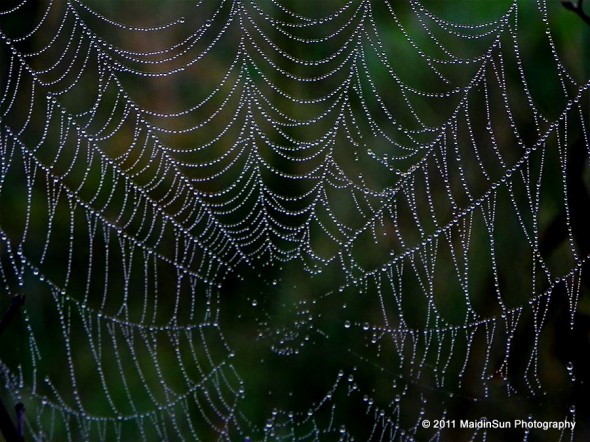 That’s about it from the Bogs for today.  Thanks for dropping by!  I hope you’re having a wonder-filled weekend, enjoying whatever treasures nature has brought to you.  🙂