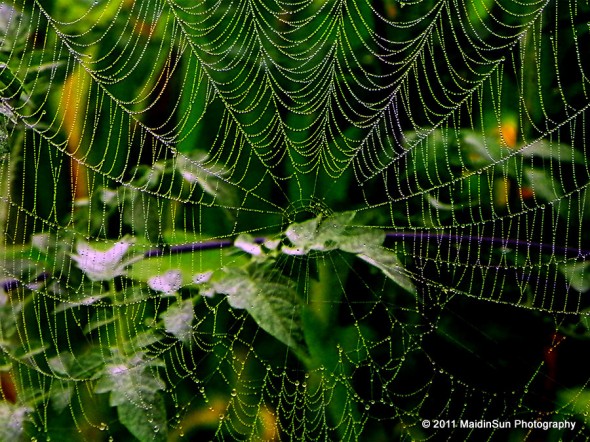 I woke up early this morning, and found it foggy outside.  The pond was barely visible from up at the house.  While the rest of the folks in the house were just beginning to stir, I went outside to see what kind of treasures the fog and dew had helped to create.

END_OF_DOCUMENT_TOKEN_TO_BE_REPLACED 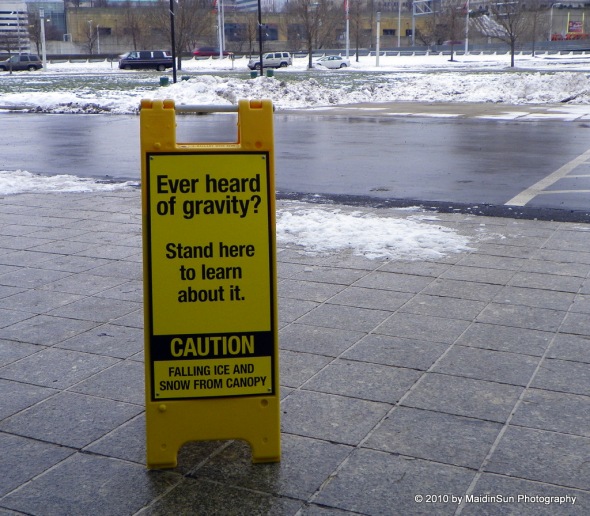 (Sign in front of the Great Lakes Science Center in Cleveland.)

Great sign.  What I was unable to capture in the same photo was the snow sitting on the canopy.  There is a lot of that around here.  We have several of those heavy ice and snow overhangs around the outside of the house.  It’s best not to stand under them.

At approximately 10:30 this morning my computer was hijacked by a malware program called System Tool 2011.  I don’t know where I picked it up but do know M picked it up on his laptop around the same time.  He caught it by running an anti-virus program, the same one I have that should have caught it before it hijacked my computer.  I am not a happy camper about that (or any of it, for that matter).   The malware takes over the computer with a message that your computer is filled with viruses and spyware, and the only way to fix this (of course) is to buy their program.  It’s a scam, of course, but someone not very computer savy might not realize it.  I was unable to run anything else while System Tool had control of my computer.  Fortunately M was able to use his laptop to find out how to get rid it.  It’s easy enough, but not so easy if you are unable to access the internet.

If you haven’t run an anti-virus, anti-spyware scan lately, you might want to do that.  It seems you can’t depend on it to stop this sort of thing before it happens even if the program you’re using has it included in their list of virus definitions.

While M was working on deleting the malware, I ran through a mental list of where I had been on the computer this morning.  I’m not sure it matters as I don’t know where I picked up the Trojan.  I was visiting TripAdvisor.com when my computer was taken over.  However, I can’t say for sure (or even as a guess) that I picked it up there.

Running down that list got me to thinking about how much time I waste doing silly things on the computer.  That time could be put to much better use so I’ve decided to give up the games I play.  Facebook and Twitter might be next on the list of things I need to relinguish.  We’ll see.

It is windy, cold, and snowing.  (No surprises there, eh?)  I’m not sure what the ultimate accumulation is expected to be.  I’m not sure it matter except that M and I are crossing the border into Pennsylvania this evening for our annual wingfest meet-up with friends at Quaker Steak & Lube.  Our friends live in California and have family in Pennsylvania.  We meet up with them every year around this time for an unhealthy (and fun) feast of fried and heavily sauced chicken wings. 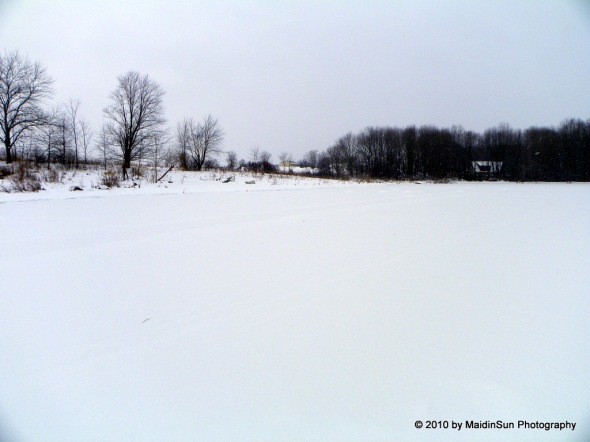 It is incredibly stark and white outside.  Finding color is difficult.  During my walk around the pond and into the woods I almost felt as though I’d stepped into a black and white world. 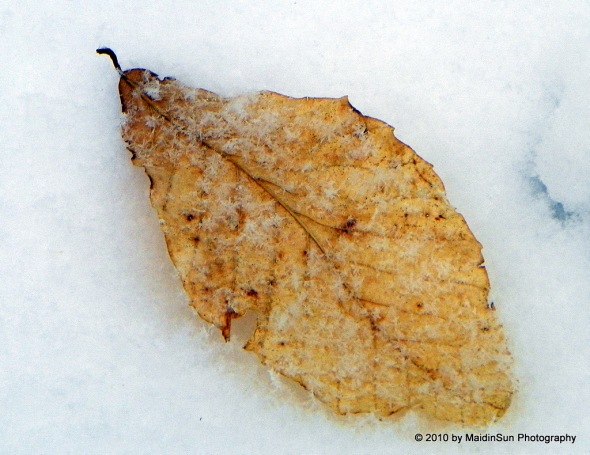 (A spot of color on the ground.)

My body is sore from the past three days of cross-country skiing.  That’s why I opted to walk instead of ski today.  Most of the soreness seems to be from that first fall.  Hopefully it will work itself out soon. 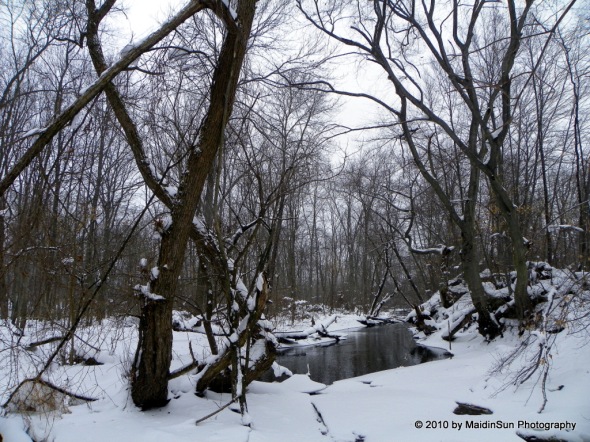 (Today’s view of the creek.)