What catches the inner eye 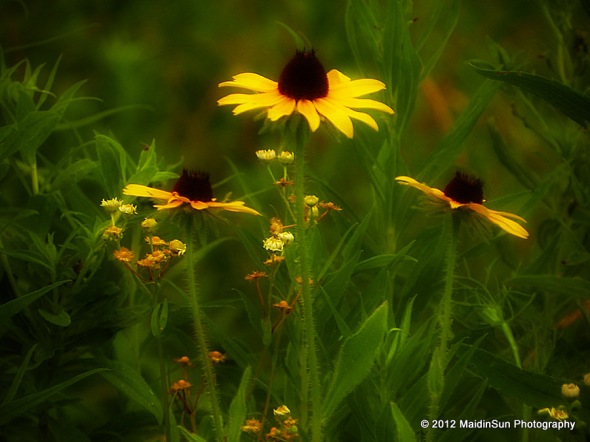 We finally got some rain yesterday evening.  It was one of those hit-or-miss pop-up showers, and we were lucky enough to be hit.  It came down pretty hard for about twenty minutes.  I could almost hear the earth sigh with relief.  Once the rain moved on, fog developed over the pond and ground.  You can see a little of that fogginess in the photo above.  My camera didn’t quite capture it (almost) so I used a toned down Orton Effect to enhance it and better reflect what I saw.

END_OF_DOCUMENT_TOKEN_TO_BE_REPLACED 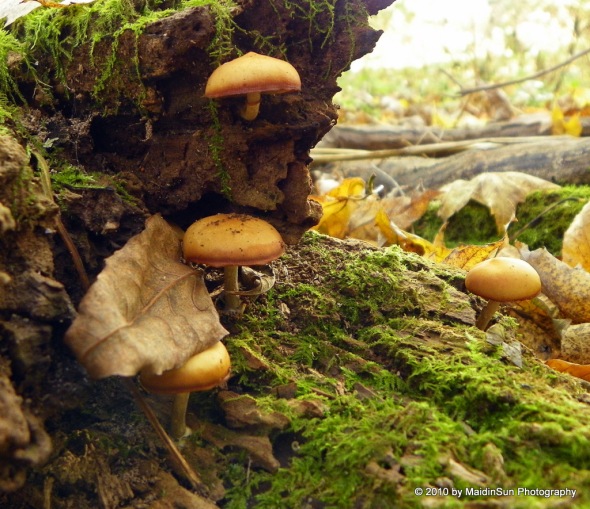 (Looking below the surface in the woods.)

It’s day 40 of my commitment to get outside every day.  During the past 40 days I’ve collected a few photos that I couldn’t seem to fit into a post.  Before I move them to a back-up hard drive, I thought I’d go ahead and share a few of them.

(Fungus in the wood pile.)

Today is also the first day of NaBloPoMo and of course I was crazy enough to sign up.  It’s fun, I get to meet new bloggers, and it is always a challenge because every year November turns out to be a busy month for me.  It’s no different this year.  M and I will be engaged in plenty of activities.

It was below 30 degrees when I rolled out of bed this morning.  The frost is hanging around longer in the mornings.  I wore my winter coat for the first time on Saturday.  Hat, gloves, and winter coat:  the holy trinity of winter around here.  Or it could be frost, ice, and snow.  Depends on how you look at it. 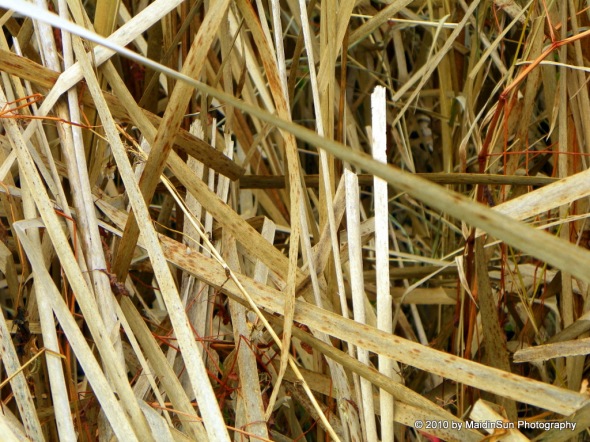 (A tangle of cattails.)

(A mushroom tower hiding in the grasses.)

I bundled up and went out around noon today.  I like morning walks but may have to start taking them later in the day when it’s warmer.  For today, though, noon was good.  It’s breezy but the sun is shining and providing just enough heat to keep it from being too nippy. 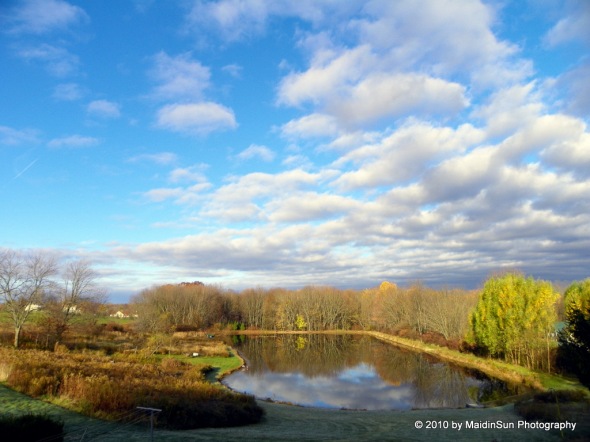 The pond was providing nice reflections while the birds and wind produced a lovely autumn soundtrack to go with my walk.  I heard and then spotted a bird I’ve never seen before.  I think it was a small hawk of some kind.  I haven’t had much luck in identifying it (so far).  The photos I took are too dark and blurry to be of much help.

There is a dule of doves living in the woods near an old apple tree.  I pass them on my way through the cattails.  Poor things are frightened into flight each time I come by.  A few weeks ago, during my first pass by them after they’d settled there, the flurry of feathers was such a panic that two of the birds flew into each other.  They are not quite used to me yet, but at least they are a little calmer about moving from the ground to the trees when I come by now.

(A dove in the distance.)

As I sit here typing this, a recording of John Glenn is being recorded on my answering machine.  He’s yammering away about how I should get out and vote tomorrow.  I am flattered that a man who was an astronaut (first American to orbit the earth) and U.S. senator thinks my vote is that important.  Not too flattered, though, since it’s only a recording and only going out to probably every phone number in the state of Ohio. 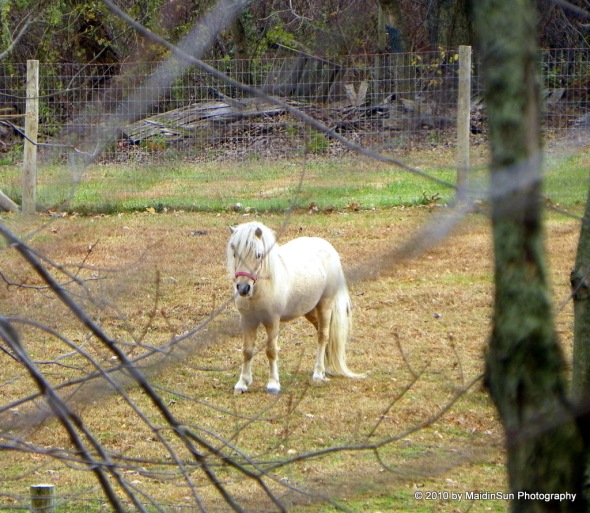 The Republicans and Tea Party folks want me to vote, too.  The phone has been a source of much yammering and nagging about politics lately.  It’s worse today.

Not to worry, all you politicos.  I’ll be voting, in spite of having fallen into the enthusiasm gap.  Or maybe because of it.  Whatever the case, I’ll be there with my lack of enthusiasm, unenthusiastically (but without whining about it) voting for the lesser of the evils.  I am old enough to know better than to expect change overnight.  Still, I’m disappointed.  That said, I don’t want to go back to the way things were either.  So, I’ll vote.  I’ll vote.  I really will.  No need to keep nagging me about it.