It’s still snowing here in the Bogs.  Mostly light flurries with the occasional snow squall.  So far we don’t have much in the way of accumulation.  The ground was probably too warm at the start.

(Through one door and out the other.)

My outdoor time today was pretty uneventful.  It was mostly about moving from one place to another and trying to stay warm.

I could ramble on about the cold and the snow but in deference to my visitors who have had enough of winter, cold, and snow, I decided to post some more sunny California photos. 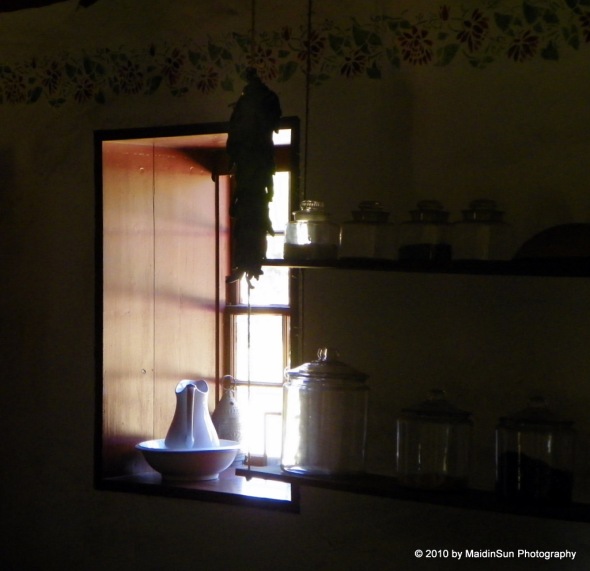 These are all from my brief visit to Old Town San Diego State Historic Park.  To be honest, even though I like the snow (so far), I’m enjoying looking at all the sunshine in some of the photos.  It’s very warming. 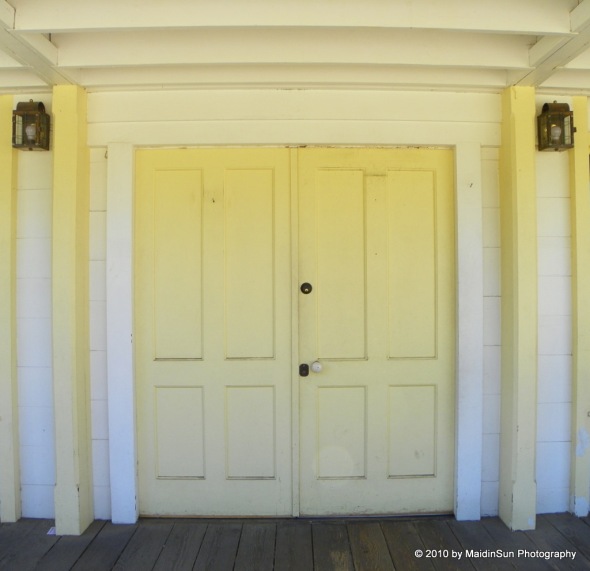 Not too long ago I posted about my passion for doors, windows, gates, and other portals when it comes to photography.  You can find it here if you missed it (or want to read it again).

Someday I may gather them all together — all these photos of doors, windows, gates, and other portals — and put them in a book or something.  I’d like to do something with them.  I’m just not sure what. 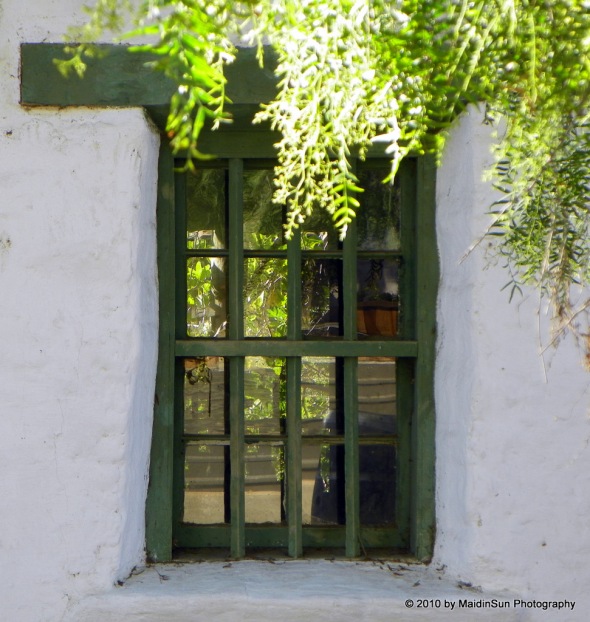 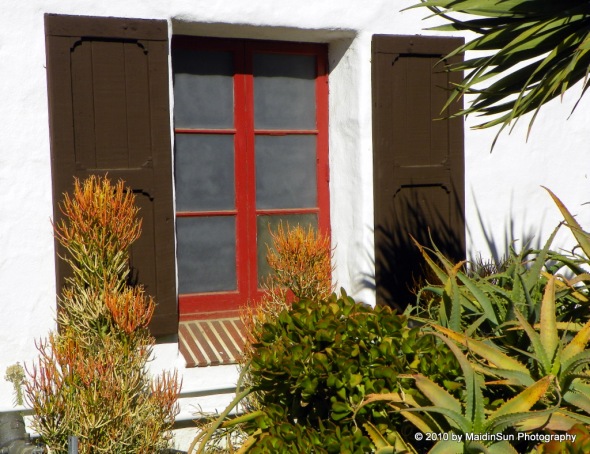 I can’t completely ignore my outdoor time, though, since part of what I’m blogging about on a daily basis is spending time with Mother Nature.  If you’ve had enough of cold, snow, and gray weather, leave now.  I’m about to post a snowy photo or two.

END_OF_DOCUMENT_TOKEN_TO_BE_REPLACED

Yesterday morning I went to Old Town San Diego State Historic Park.  I wanted to visit Old Town on previous trips to San Diego but didn’t get around to it.  I’m glad it finally happened.  It was interesting and I learned a few things, always a nice combination.

One of the first things I noticed was the wonderful landscaping.  There were all kinds of trees (including palm trees), cacti and other succulents (including the Century Plant which I’ve written about before and is responsible for some of the visitors that come to my blog via search engine), and a wide variety of flowers.

I guess people will carve their names wherever they can, including on greenery with sharp thorns.

(Iron jail cell behind the courthouse.)

In case you want to go, don’t pick a Monday.  Many of the exhibits are closed on Mondays.  Also, don’t go before 10:00am because, it seems, nothing opens until 10am.  You can walk around Old Town and the plaza and look from the outside which is what I did at first.

There were several groups of schoolchildren there, with their teachers.  That got me to thinking of school field trips and how I didn’t truly appreciate some of the historic places we visited on school outings.

As an adult I think I’ve more than made up for my lack of interest as a child.  When M and I were on our sabbatical adventures we even revisited places we were taken to see while in school.

Old Town San Diego is a chance to learn a little about life during the Mexican and early American periods of 1821 to 1872.  There is a small core of restored historic buildings complimented by reconstructed sites.  La Casa de Estudillo pictured above the cactus graffiti is one of the restored buildings.  It was built in 1829 and restored by the California State Parks system in  1969.

(The Commercial Restaurant.  No food or drink allowed.)

(Inside the Commercial Restaurant — a recreation.)

They have living history exhibits on Wednesdays and Saturdays.  There are also plenty of shops, restaurants, and museums to explore.

I would like to stay at the Cosmopolitan Hotel sometime.  It looks like an interesting place.   They have 10 rooms with authentic furnishings and decor from the 1870’s.  The restaurant serves a modern take on foods from the period.

Outside of the park you will find lots of shops and restaurants.  If I’d had more time, I would have explored Old Town some more.  Maybe next time.

We woke up to heavy fog this morning.  They called it a “marine event” on the weather report.  Clouds and fog rolled in off the ocean, wrapping everything in mist.

After a big breakfast (which I’ll tell you about in another post), M and I took an early morning walk on the beach and out to Crystal Pier.  M took off for the conference and I went out for a long walk/run to help work off some more of the feast I devoured for my morning meal.  It may end up being lunch too, as I’m still too full to even consider more food.

The fog has burned off.  There are still a few clouds on the horizon but mostly it’s another beautiful, blue-sky day.

As soon as I finish posting this I’m heading back out for another walk and some reading time on the beach.  I’ll think about lunch later.  Maybe.