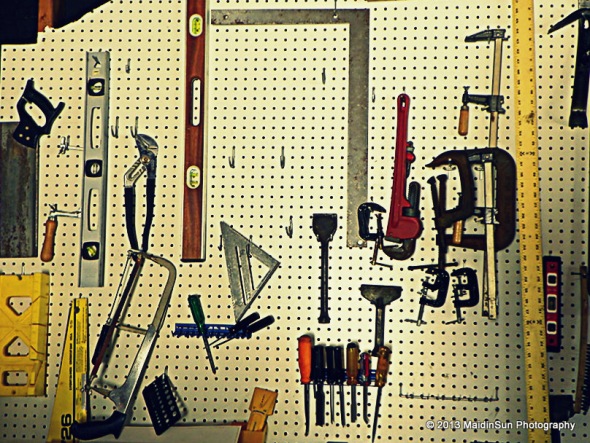 The slogan of progress is changing from the full dinner pail to the full garage.

The Capture Your 365 prompt for today takes us into the garage.  Our garage is a mess right now.  That’s not my fault.  The garage is not my responsibility as far as cleaning and organizing go.  I learned many years ago that there are some things the man of the house prefers to do himself.  Organizing and cleaning the garage is one of those things. END_OF_DOCUMENT_TOKEN_TO_BE_REPLACED 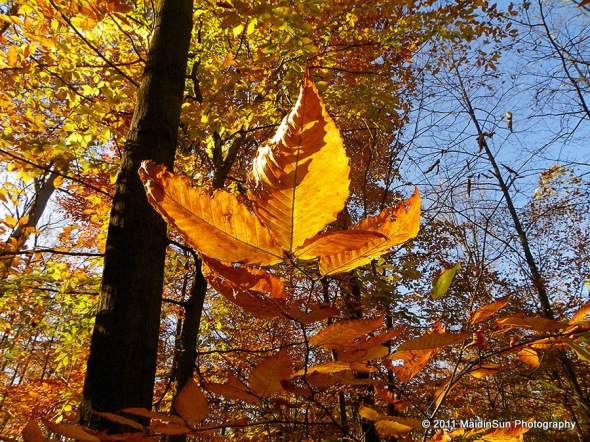 Ducking under a low hanging branch

To get to the Sugar House, the Maple Museum, and the Pancake House, we will have to continue through the woods a little bit further.  There are easier ways to get there if you don’t want to hike through the woods, but what fun would that be?

END_OF_DOCUMENT_TOKEN_TO_BE_REPLACED

157: Sunday signage, a snowman and some tapping

First things first:  Thank you all for your well wishes.  It must have worked.  After the best night’s sleep I’ve had in weeks, I woke up this morning pain-free and feeling great.  Thank you, thank you, and thank you.  And you too.  🙂

M and I did go skiing today.  We have to drive through the town of Mantua to get to the place where we most like to ski (Chapin Forest Reservation).  Not everyone appreciates driving through Mantua, mostly because you have to slow down to 25 mph to go through town and the local cops are usually ready, willing, and able to give you a ticket for speeding.  (Frankly, it’s a speed trap, especially in the summer months.)  One of the reasons I enjoy going through Mantua is because it was (well, still is) the home of one of my favorite signs (pictured above).  I love the play on words.  The place is for sale now.  I don’t know if that means they moved or if they went out of business.

This blown-up doll of a snowman was not the only snowman we saw today.  The snow has finally acquired a texture good enough for making snowballs, snowmen/women, snow penguins, and snow forts.  It’s been a strange season in that regard, with snow so fluffy and dry that making a snowball (much less a snowperson) was almost impossible.  Kids of all ages must have been out having a good time yesterday and today, building snowpeople in their front yards.  We passed quite a few of them on our way to the ski trails.

We had a great time skiing.  I almost didn’t want to stop.  We went further than we have before, which is par for our skiing course.  Each time out we go a little further, a little longer.  This will probably be out last chance to ski this season.  Rain will be arriving tonight and it will be warm tomorrow.  It will cool down a bit after that, but it won’t be a major winter-type cool down.  Upper 30’s, low 40’s.

(Do you know what this is?)

I was thinking of leaving that caption hanging out there without an answer but that hardly seems fair.  One of the other things you would see right now if you were to drive through Mantua are collecting buckets hanging from the maple trees.  Any idea what they might be collecting?

I wrote this post a couple of year ago, describing the annual tradition that involves maple trees, taps, and collecting.  I didn’t have many visitors to this blog at that time.  Perhaps it’ll get a few more readers now.  Just in case you don’t feel like visiting an old post, I will tell you that the bucket represents a sign of spring in these parts.  The maple trees are being tapped for their sap which will be turned into some of the tastiest maple syrup you’ve ever had.  I know most folks think of Vermont or Canada or other places up that way when it comes to maple syrup.  But Ohio has some really tasty maple syrup, too.  If you want to read more about it, go see that old post I linked to a few sentences ago.

We capped off our day with margaritas on the porch.  The sun was shining, it was warm and lovely out there, and it seemed a good day to do a little celebrating.  M is firing up the grill for our black bean burgers as I type, reminding me that I should get upstairs and get to work on the rest of our dinner.

The only slightly sour note to the day is that I seem to have lost a year’s worth of photos from my external hard drive.  C’est la vie.  We’ll either figure it out and find them or we won’t.  I’ve been having a series of problems with the computer lately, things working off and on, and M did some maintenance on it today.  It may be time to look into getting a new one.  In the meantime, I will continue to sing love songs to my current computer as it seems to me electronic equipment (and cars) work better for me when I tell it how wonderful it is and give thanks every time it works.

It is a custom that began with my first car, a 1960 VW beetle.  The car was only 15 years old when I started driving it, and it lasted a few years after that.  M and I gave it up when the front end fell off on our way to a picnic.  The guy at the shop said you can only weld so much before there is nothing left to weld on to.  We replaced the VW with a 1963  Ford Ranchero.  But that’s a whole other story…

I had a wonderful weekend.  My sons and their entourages were here on Saturday and Sunday.  We celebrated the holidays a little early by opening our gifts on Saturday.

Yesterday morning we made pancakes.  The youngest of us all, Princess Emma, did the stirring of the batter and picked chocolate chips to go into some of pancakes.  We made blueberry pancakes, too, along with a couple of plain ones just in case someone preferred a basic, no frills, kind of pancake.

Veggie “sausages,” orange juice, and locally-tapped Ohio maple syrup filled out the rest of the meal.  Vermont is famous for their maple syrup.  Here in Ohio we try not to advertise the delicious goodness of our maple syrup because that way we can keep more of it for ourselves.  Among the 100+ trees M and I planted a few years ago, there are plenty of sugar maples in the mix in hopes that someone someday will be tapping them for syrup.

Tapping of the  maples in Ohio usually begins about six weeks after the winter solstice.  The change that causes the sap to run begins in late January or early February in southern Ohio, making its way north by March.  It is said that if you drive around Geauga county here in northeastern Ohio in late February or early March, you’ll find sap collecting buckets on every sugar maple, even on those maples located in towns.

The tapping season is relatively short in Ohio (4-5 weeks, I believe), but the length depends on the weather and the trees.  Day and night temperatures need a big swing between them, oscillating from above freezing in the daytime to below freezing at night.  The barometric pressure has a role in here somewhere, too, but I’m not quite sure what that role is.

Sap tapped late in the season is the most flavorful.  It is said to have a “bark.”  But if you wait too late and the trees are starting to bud, the sap will produce “buddy” syrup which has a more earthy, vegetative taste to it.  Most people prefer their syrup with a bark.

It takes a lot of sap to make syrup.  You need 35-45 gallons of sap to make one gallon of maple syrup.  That translates into 3-4 taps per gallon.  In terms of nutritional value, maple syrup has as much calcium as milk.  The problem with this claim, as I see it, is that not many people are going to drink a glass of maple syrup.  But it is nice to know you’re getting a little calcium with your sugar.  Maple syrup is also a good source of potassium.

I have no idea why I started rambling about maple syrup.  I meant to write about the weekend.

I guess I’ll just leave it the way I started:  I had a wonderful weekend.  🙂