I could never stay long enough on the shore, the tang of the untainted, fresh and free sea air was like a cool, quieting thought.

This week’s photo challenge from The Daily Post is Ocean.  I love the ocean.  If I had my druthers, I’d live near the ocean.  East coast, west coast, it doesn’t really matter.  I am probably most familiar with the Atlantic Ocean, having grown up on the east coast and vacationed there frequently as a child and as an adult.  But I do love the Pacific as well.  I think the advantage of west coast living would be the proximity to mountains and desert as well as the ocean.  Just think of all those different worlds and climates to explore. 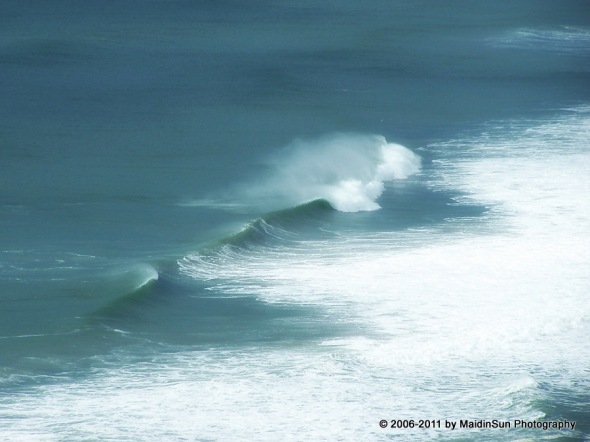 Since I obviously cannot step outside or take a short drive to gather new photos of an ocean, I decided to dive into ye olde archives and bring out some photos from a place I visited briefly and would love to return to someday.  Point Reyes, California.  M and I were given a quick tour of the area by a friend back in 2006.  Our trip west was to San Francisco and nearby areas, and it happened to be a very rainy spring that year.

It rained off and on the day we went out to Point Reyes with our friend.  Even with the rain, the clouds, and the fog, I thought it was one of the most beautiful places I’ve ever seen.

Point Reyes is a peninsula that was first inhabited around 5,000 years ago by the Coast Miwok Indians.  There are over 120 known village sites within Point Reyes National Seashore.  The first European explorer to land at Point Reyes was Sir Francis Drake, in 1579. 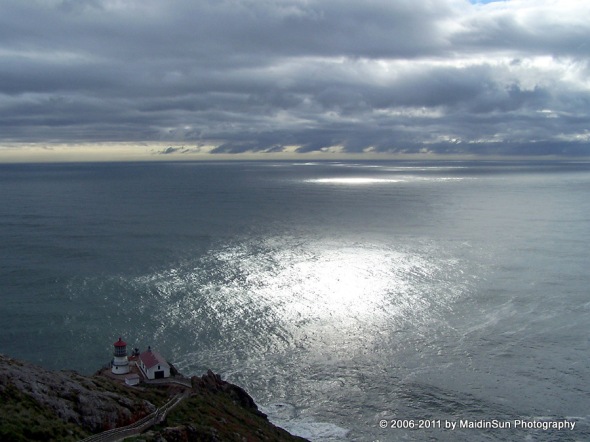 The Point Reyes Lighthouse was built in 1870 and retired in 1975 when they went to an automated light system.  We were not able to visit the lighthouse that day because the stairs were closed.

The views from where we stood when I took these photos were incredible.  You could turn in any direction and fill your eyes and soul with beauty.

Point Reyes National Seashore is home to a wide variety of plants and animals.  The animals range from large marine mammals such as the northern elephant seal to small butterflies.  The area is characterized by Mediterranean vegetation.

We did see quite a few animals that day.  Unfortunately, most of the photos I took of the wildlife (including a number of birds, some seals, and tule elk) did not turn out well.  Those that I did capture fairly well, such as the fallow deer, turned out to be non-native species.

If I could, I’d like to spend at least a month there, exploring and hiking around the area.  I’d better start playing the lottery.  😉

Not much has changed.  It’s another chilly, blue-sky day with a brisk north wind.  We woke up to frost and fog, and another pretty sunrise.

I had a lovely walk today.  We had a few visitors to the pond.  The mallards, who seem to have decided to stay for a while, were swimming around. They let me get closer than usual.

We also had a great blue heron stop by for a few hours.  The swallows, of course, are swooping and swirling around, catching insects near the water.  I did not see any of the turtles today.  I wonder if the frigid nights have driven them back into hibernation? 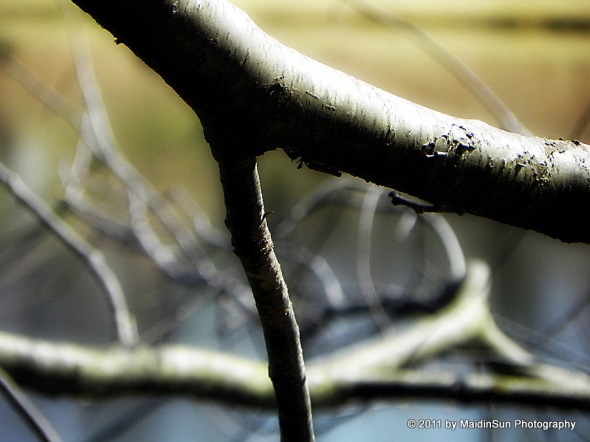 Sunlight on a tree limb

I stayed out for a while.  I thought I should enjoy the sun and clear skies while I can.  It’s supposed to get cloudy tomorrow.  And snow on Friday.

Perhaps we put away the cross-country skis too soon.