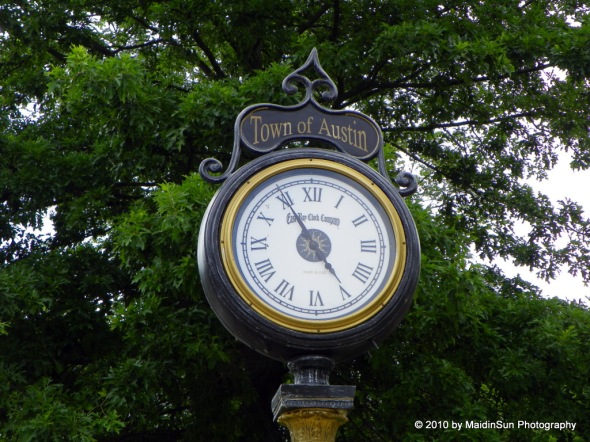 Late in the afternoon on Saturday we wandered over to the town of Austin for The Dam Show.  As stated in a previous post, The Dam Show is normally held at Austin Dam Memorial Park.  In an effort to get the town of Austin more involved, the organizers decided to hold it in the Austin town square.  Admission (normally around $10, I believe) was free. 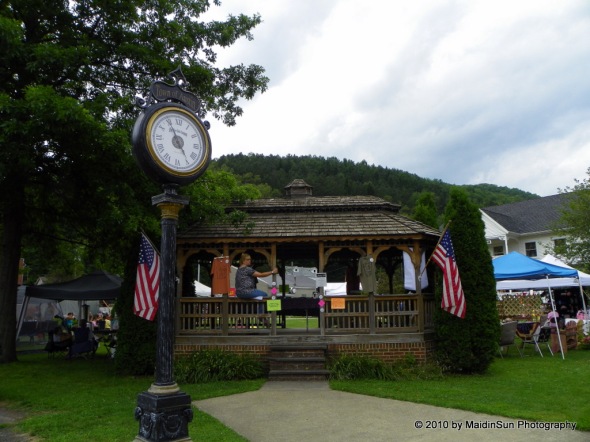 The musical act we wanted to see (Billy Branch and the Sons of Blues Band) was not scheduled to perform until 7:30.  We went early to scope things out, including the vendors. 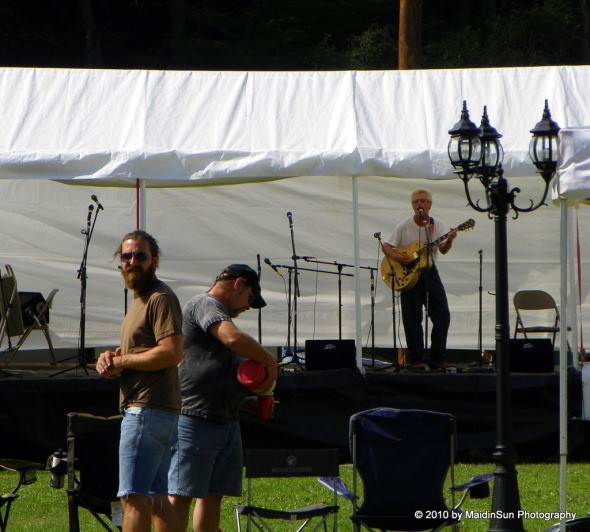 We walked around the town square for a little while.  There wasn’t too much going on so we decided to check out the museum which had extended hours that day. 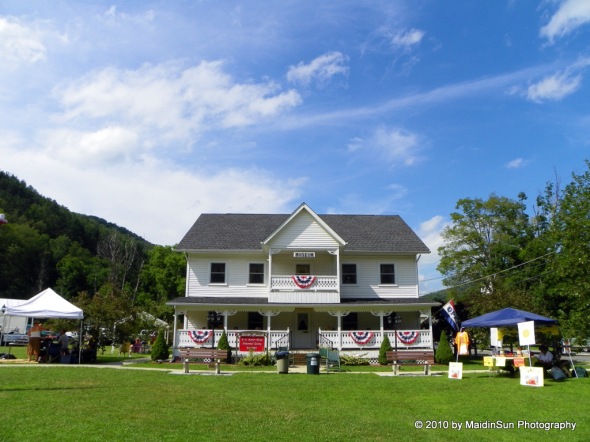 The E. O. Austin Home (located on the Austin town square) is a museum with exhibits related to the history of Austin, including quite a bit about the dam disaster.  The folks running the place are knowledgeable about the exhibits, friendly, and more than willing to answer any questions you might have. 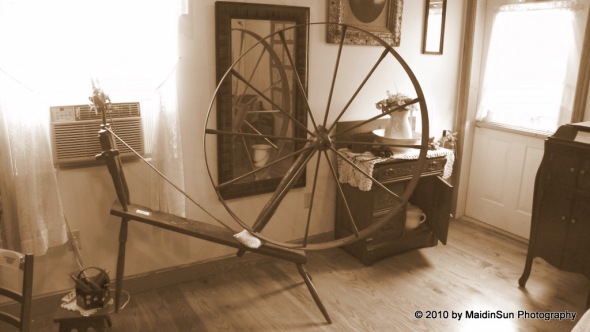 I enjoyed our visit to the museum.  It is small and the smallness as well as the arrangement gives it a personal feel that I don’t often get in museums. 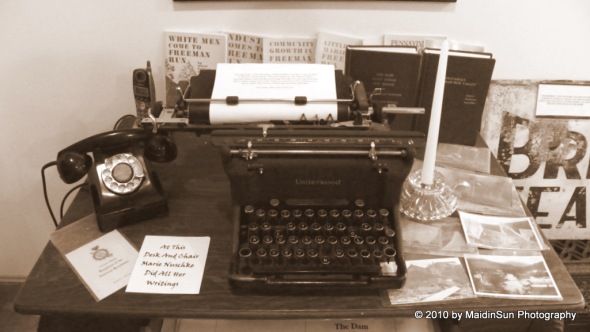 I love that typewriter.  I had one similar to it when I was a teen, having acquired it for a mere $5 at a yard sale.  I don’t know what happened to it.  During the years that I had it I fantasized about becoming a writer and typing my novel on it.  I would have had strong fingers if I’d kept typing away on that thing.  The keys were not easy to press. 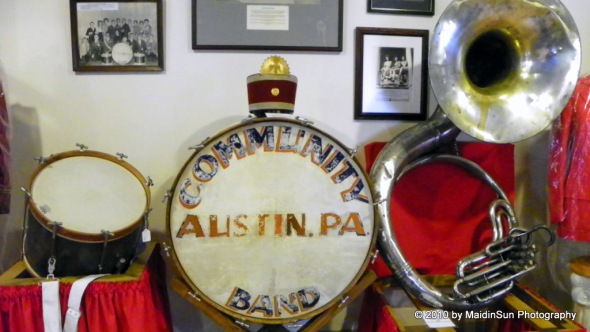 There are exhibits on the first and second floors, categorized by type.  For instance, all of the post office artifacts are in a section labeled (appropriately enough) “Post Office.” 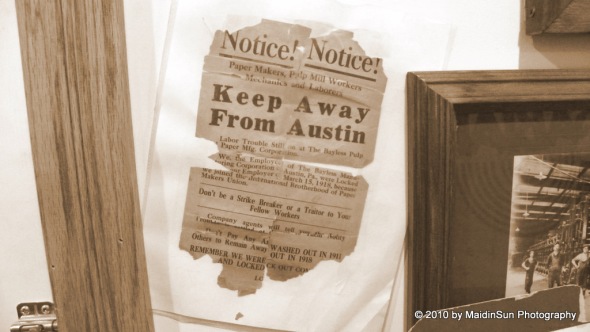 After poking around in the museum for a while (and enjoying the air conditioning), we decided to cross the street and have a beer at the Cock-Eyed Cricket.  There were no beer (or alcohol) vendors at The Dam Show.

To accommodate the show, Austin Borough will temporarily repeal its ‘open container’ ordinance from noon until midnight Saturday.  Showgoers who are of-age will be permitted to consume alcoholic beverages only in the block surrounding town square.  Boundaries will be clearly marked. 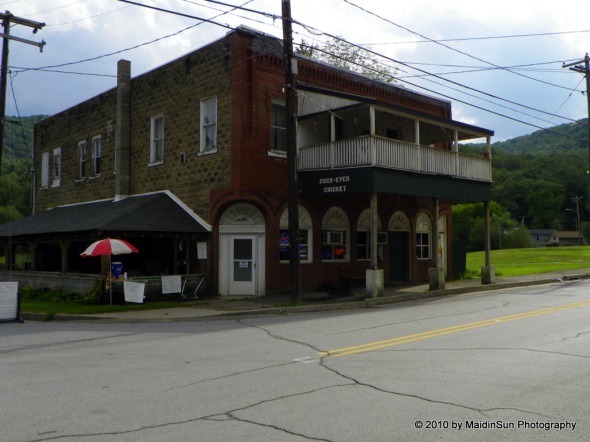 Pennsylvania has some odd blue laws and laws pertaining to the sale of alcohol.   Wine and spirits can be sold only in state run Wine and Spirits stores.  All prices are the same throughout the state.  To buy beer you can go to a beer distributor.  However, buying from a distributor means buying in bulk (kegs or cases) as they are not allowed to sell beer in smaller amounts (6- or 12-packs, for instance).  Six and twelve packs, along with singles, must be purchased at a bar or a restaurant.  You can purchase no more than 192 ounces in this manner.  You can take your 192 ounces out to your car, go back in, and purchase more, but no more than another 192 ounces.  You are welcome to keep going back and forth like this but if you want that much beer, you might as well go to a distributor and buy in bulk.

They have a new thing going on involving wine kiosks and breath sensors in grocery stores.  You have to breathe into the breathalyzer before purchasing your wine.  If you’ve been drinking, no wine for you. 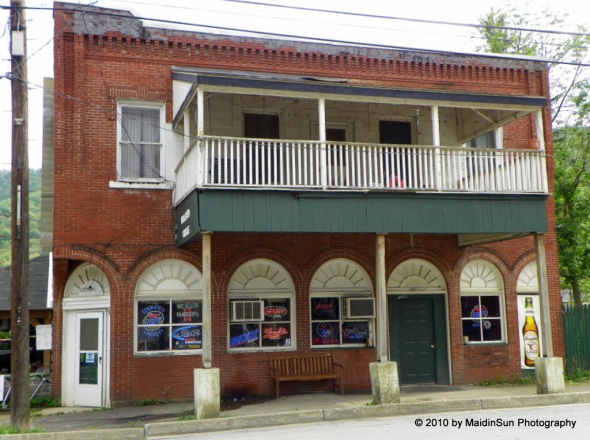 The Cock-Eyed Cricket is one of a couple of bars in and near Austin.  Being right across the street from the town square made it convenient for those of us who were thinking we might like to have a beer later in the evening while listening to some blues.

In case you’re wondering what a cock-eyed cricket looks like, here he is: 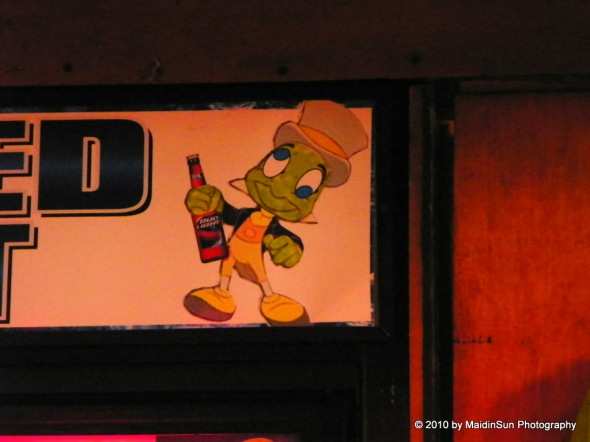 They have a cute stained glass window with the Cock-Eyed Cricket on it.  I was unable to get a decent shot of it because there were too many people in front of it.

We moseyed up to the bar and had our drinks (a total of $6 for three beers and a glass of wine — which just goes to show you how cheap this stuff really is — a price way below what you’d find in a more upscale bar/restaurant).  Then we decided to head back to the cabin for a little while.  It was a good thing we left when we did.  The rain started just after we got to the cabin and continued for a couple of hours.  There was lightning and thunder and lots of wind.  What we didn’t know (because we had no means of finding out — no radio, no tv, no internet) was that there had been a tornado watch.  We found out about it later that night when we went back to The Dam Show (where the acts had been delayed due to the storm). 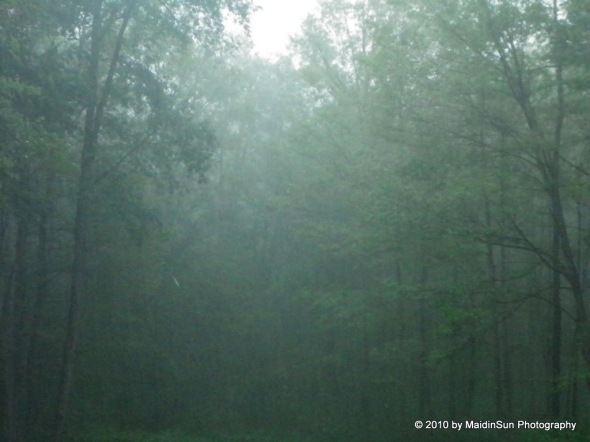 (Heavy rain showers in the woods.)

Once the storms cleared out, we went back to Austin and enjoyed an evening of blues.  Billy Branch and the Sons of Blues Band put on a great show and had most everyone dancing by the end.

Judging by the blog stats, I’m boring people with all this weekend-away blogging.  Regular blogging will resume soon (although why people find my everyday life more interesting is beyond me).