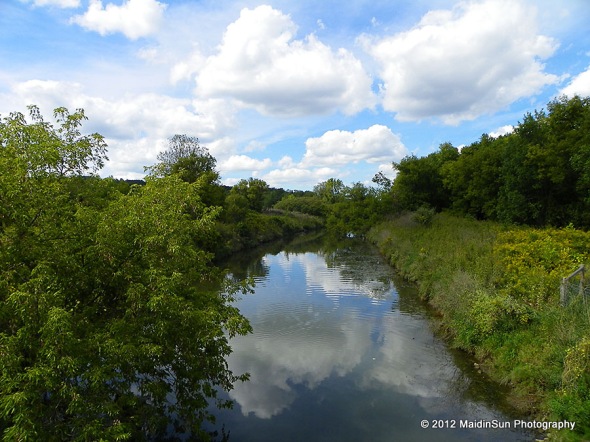 Somewhere on the Towpath Trail.

We were blessed with beautiful weather this weekend.  M and I talked about going up to Cleveland for the Ingenuity Festival, but decided we had too much to do to take the hour trip up (and hour trip back).  Maybe next year we’ll make it.

END_OF_DOCUMENT_TOKEN_TO_BE_REPLACED

Summer decided to horn in on Spring’s act this week.  We have had a considerable warm-up.  It was in the 80’s here yesterday and it’s expected to be about the same today but with a few more clouds and a little less sunshine.  Within a day it seemed as though all of the daffodils, which were barely budding at the beginning of the week, were blooming.

(Around the standing stone.)

I didn’t blog this week partially due to a lack of material to blog about.  It’s been the usual sort of week:  exercising, eating healthy (for the most part), working around the house and yard, etc.

I did do one new thing this week.  I had my hair professionally colored three different shades of color (chestnut, red, and blonde).  I like it.  A lot.  It’s too expensive to keep up, though, so I’ll be back to my usual variety of grays, silvers, whites, browns, reds, and blondes in about a month.

We also went to Akron on Thursday for beers and dinner with a friend.  That was fun.  🙂 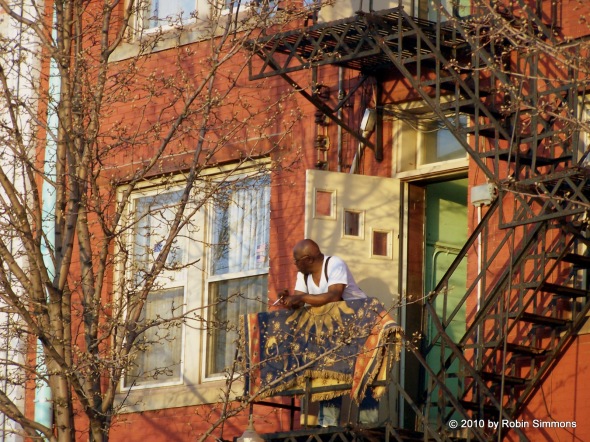 (Having a smoke at sunset in Akron.)

We haven’t been inside Jimmy’s yet.  Someday soon, maybe.

The other reason I didn’t post to the blog was because I wanted to keep the Adopt-a-Pet.com post up for a while, gaining maximum exposure (or as maximum as exposure can be at a blog that doesn’t get that much traffic).

Barney is still here with us.  I have found someone to take her but we’ve had trouble capturing Barney.  A woman who lives about 40 minutes drive from us does cat rescues and she contacted me after I put the ad on craigslist.com.  She works for a vet who helps her out and she sounds like she knows what she’s doing when it comes to taking care of  (and taming) abandoned cats.

(Sleeping on the balcony.)

We had hoped to have this resolved last weekend but really blew our attempt at capturing the cat and that led to Barney’s hesitation to come near the food bowl for a day or two.  She finally got hungry enough to come up and start eating again.  We’re going to try again tomorrow.  Keep your fingers crossed.  The sooner we get Barney to her new (temporary) home, the better.

M is outside today planting morels.  I’m not sure “planting” is the correct word.  Spreading spores or spawn or whatever they’re called.  There are probably morels growing on their own around here somewhere but we’ve yet to find them.

Tomorrow might be a full day.  Capture Barney, take Barney to her new home, and then up to Cleveland for another touristy type day.  Hopefully the weather will cooperate.  We’re hoping for an outdoors kind of day.

That’s about it from the Bogs for now.

A Thaum is the basic unit of magical strength.  It has been universally established as the amount of magic needed to create one small white pigeon or three normal-sized billiard balls.