← Through the looking glass
Thursday Travels: Morning at the cabin → 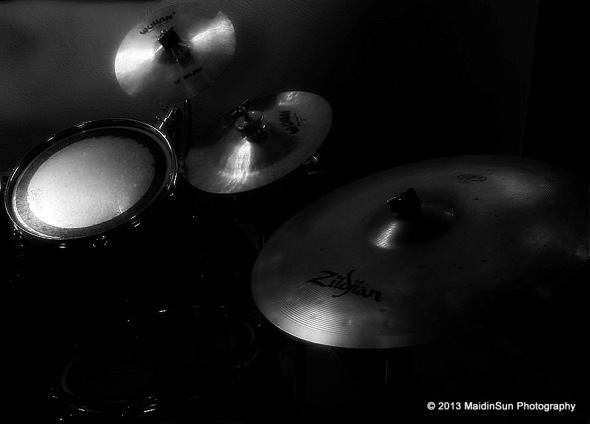 Avoid making a commotion, just as you wouldn’t stir up the water before fishing.  Don’t use a flash out of respect for the natural lighting, even when there isn’t any.

Today’s Capture Your 365 prompt is “More than one.”  The email that arrived in my inbox this morning describing the prompt mentions light, and how you should walk around your home at different times of the day, noticing how the light changes.  There is not much natural light to be had today, and not much change in it from window to window to window.  The best spot to find light today is in the basement as it comes in through the windows.  The contrast between the darkness of the basement corners and the light coming in the windows made the light just enough. 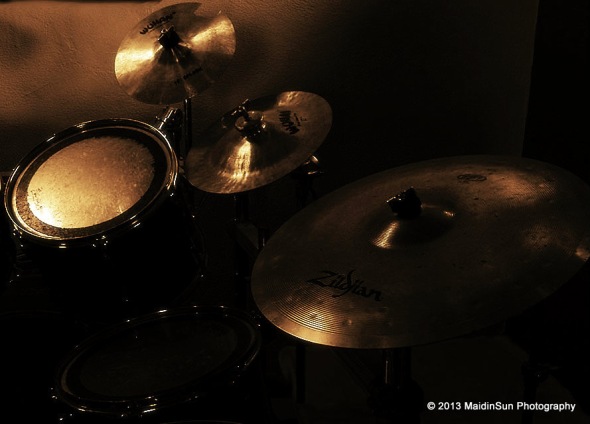 The “more than one” (besides there being more than one photo for this prompt) are some of the cymbals from M the Younger’s drum kit which still resides in our basement even though it has been many (more than one) years since he moved out.  M the Elder plays drums (percussion) as well so he doesn’t mind that the drums, cymbals, cowbell, and other noisy instruments, are still here.  Don’t tell anyone but… sometimes when I’m home alone, I bang on the drums, too.  Just for fun.

I bet you think this is one, but it’s really more than one.

I spent a lot of time in the kitchen yesterday, getting ready to follow a detox/cleanse diet.  I’ve read a couple of books this year about detox, elimination, and cleanse diets, but it turned out to be one found online (for free!) that appealed to me the most.  Kathy over at Lake Superior Spirit mentioned the 2013 Whole Living Action Plan a few weeks back, and followed that with a post Gushing about Detox Week One.  I had a look at the recipes and found them vastly superior to the recipes in the books I read. 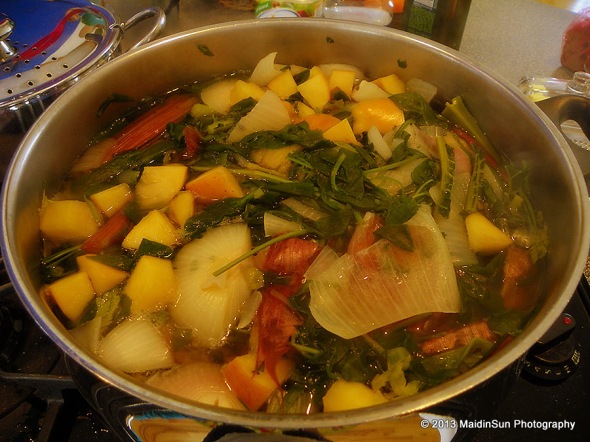 A lot more than one

The veggies you see in the pot are the reason the broth you saw in the jar equals more than one.  So many different types of vegetables (and fruit) went into my stock pot yesterday that I lost count.  I keep a container in the freezer for the bits and pieces of vegetables that some people throw away.  Ribs from kale and Swiss chard.  Onion skins (not the very outer skin because I do throw that away) and onion bottoms.  Cilantro and parsley stems.  When the bag is full, I make a huge pot of veggie stock. 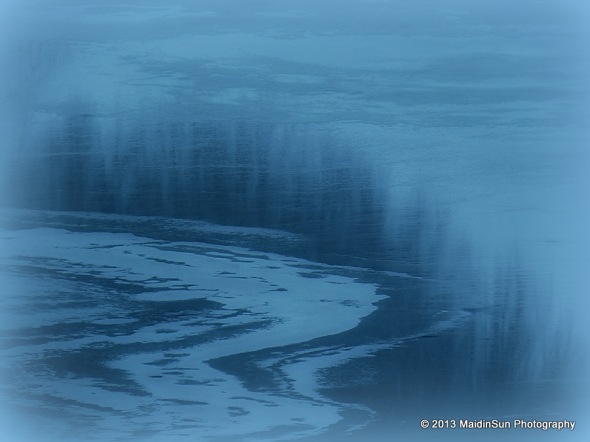 It was raining here in the Bogs when I woke up this morning.  The water on top of the surface ice on the pond made for some interesting patterns and reflections.  Eventually the rain changed over to snow as the temperature dropped.  It doesn’t look like we’ll get too much snow.  Most of it will melt tomorrow with the next thaw. 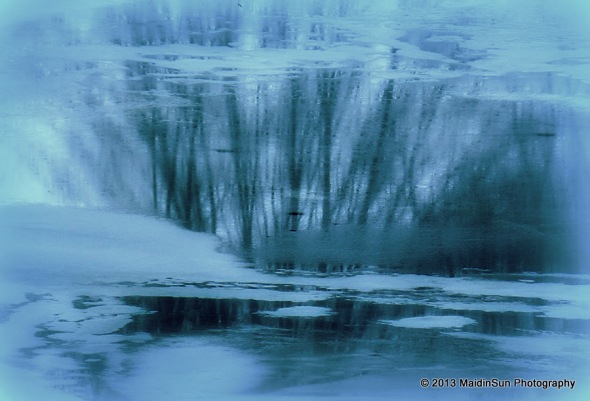 That’s it from the Bogs for today.  Thank you for visiting.  I’m feeling a little scattered today; hence, the jumping around from one thing to another in this post.  It’s a reflection of my life.  I have so many projects going on right now that I am frequently moving from one thing to another.  I am happy to say that I did finish up two of my projects this morning so things should settle down a little. 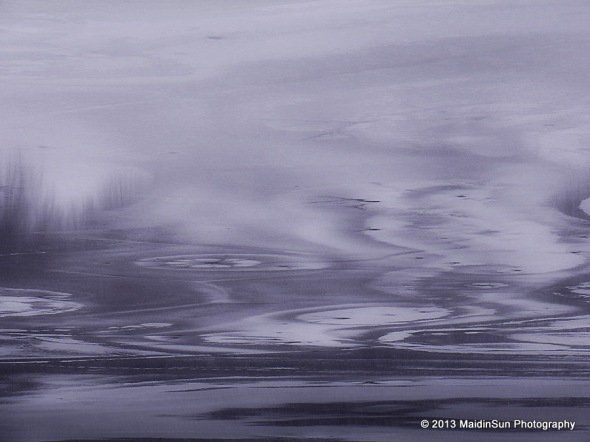 When rain and ice meet

20 Comments on “More than one”