Sunrise through a frosted window

It is a pretty day here in the Bogs.  Mostly sunny with occasional snow squalls.  I like watching the squalls move in on big, fluffy clouds of white and gray and blue.

I enjoy watching the snowflakes float down all a-glitter in the sunlight, and the sparkles on the little bit of snow that has accumulated on the ground.

I’ve been drawn to the in-between times lately — sunrise and sunset — so today I went out around noon just to experience a different time of day.  Besides, the early mornings have been terribly cold this week.  It might not be much warmer around noon, but the sun gives the illusion of warmth.

A spot of red.  (There is a male cardinal hiding somewhere in this image.)

I don’t really have anything in mind for this post.  Nothing to bring it all together in a way that makes sense.  It’s just a ramble.

Sometimes I feel like if you just watch things, just sit still and let the world exist in front of you — sometimes I swear that just for a second time freezes and the world pauses in its tilt.  Just for a second.  And if you somehow found a way to live in that second, then you would live forever. 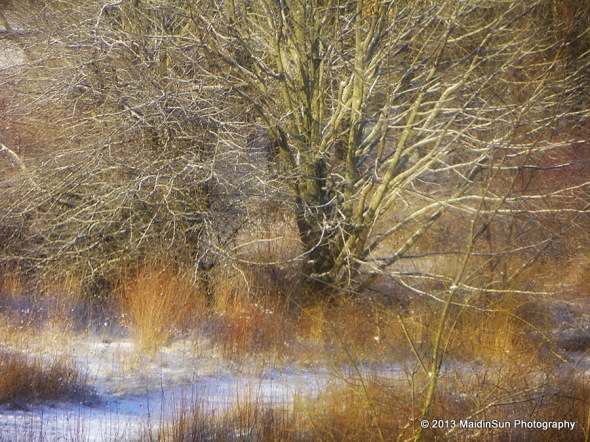 The theme might be this tree as well since it seems to have captured my attention today.

Time is a good theme for today because I am waiting for a repairman to show up.  The dishwasher died last Saturday.  Naturally it did so at the beginning of the wash cycle so that I was left with a full dishwasher of dirty dishes.  I’ve been spending a lot of time washing, drying, and putting away dishes this week.  I don’t mind.  Washing dishes can be a meditative and relaxing chore.  There is peace in warm, soapy-bubbly water and repetition. 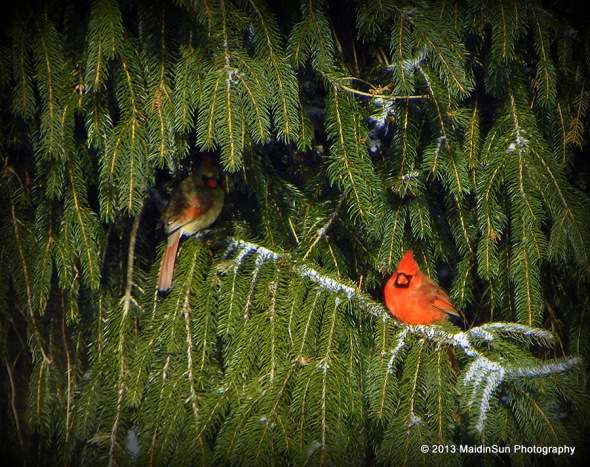 Mr. and Mrs. Cardinal in the spruce tree

I almost wish I had opted for a morning visit from the repairman.  I chose the afternoon because I didn’t want to be rushed through my yoga, meditation, exercise, and morning walk.  So now I sit.  And wait.  There is a 4-hour time frame of waiting.  The wait could be a long while.  Or a short while.  There is no way of knowing until the repairman calls to say he’s on his way. 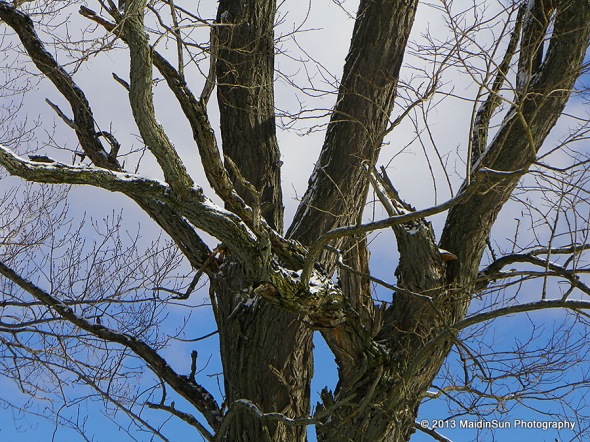 “For a while” is a phrase whose length can’t be measured.  At least by the person who’s waiting.

~ Haruki Murakami, South of the Border, West of the Sun 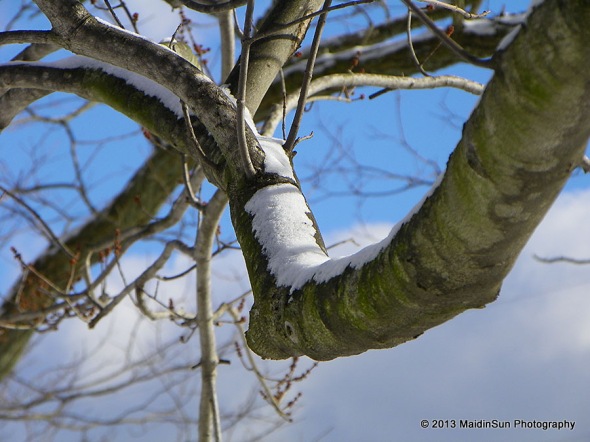 In the meantime, I’ll work on this blog post.  Perhaps check my email or play with some images.  Every now and then (every once in a while), I’ll look out the window and watch the clouds move in and out as the shadows dance on the snow.

How about you?  What do you do while you’re waiting? 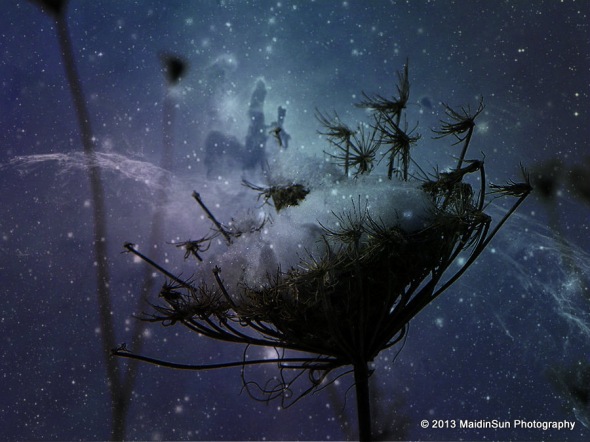 That’s it from the Bogs for today.  Thank you for visiting, and joining me on another ramble.  It’s a good day for a walk around the pond, or maybe even across the pond.  It’s been so cold here that the surface should be solid enough by now.  It is very, very cold, though, so be sure to dress warmly.  Layers are always best for this kind of cold and windy day.  Two pairs of gloves (or gloves and mittens, which is my preference) are a good idea, too.

Wishing you a delightful day, evening, night… whenever and wherever you are on the spectrum of time. 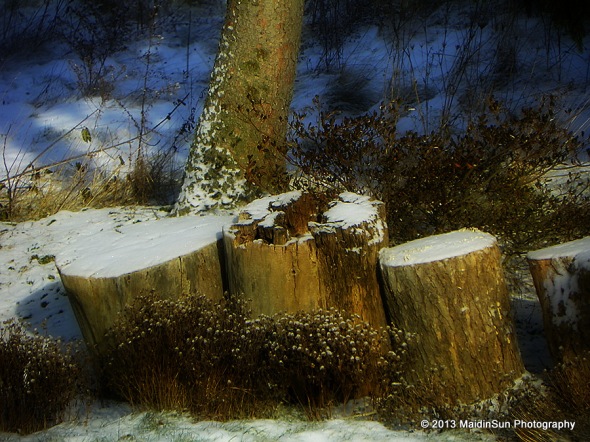 All photographs are memento mori.  To take a photograph is to participate in another person’s (or thing’s) mortality, vulnerability, mutability.  Precisely by slicing out this moment and freezing it, all photographs testify to time’s relentless melt.