Wandering in the woods 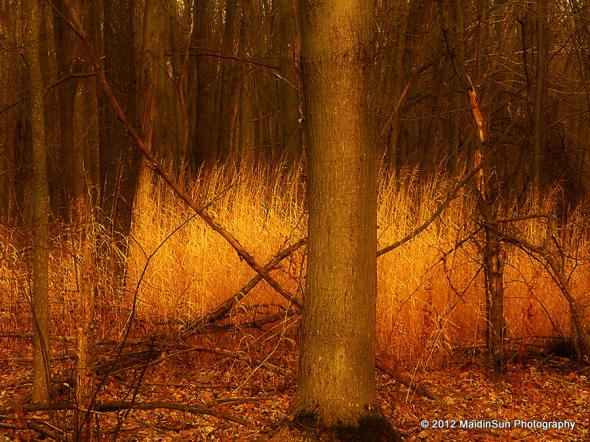 It’s been a while since I’ve wandered around in the woods at the back of the pond.  The earth around here is back to its natural boggy state, and sometimes getting down into the woods can be an adventure when the ground is wet and slippery.  I must have been in the mood for adventure this morning. 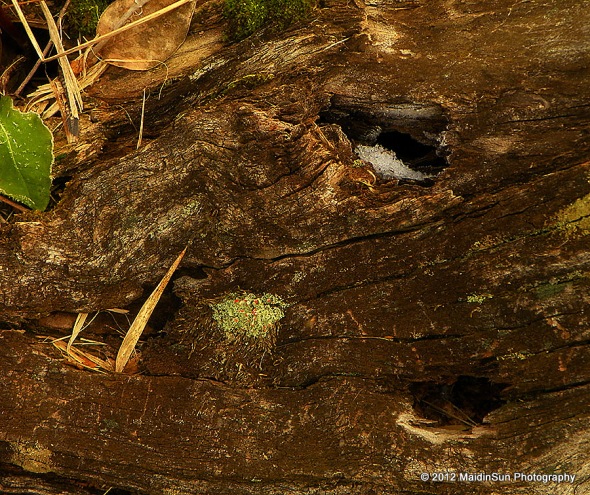 A face in the woods

It really wasn’t much of an adventure, or at least not one of the hazardous variety.  I went out early while the ground was still frozen and crunchy.  There was a large swath of ice forming on the surface of the pond, almost meeting in the middle. 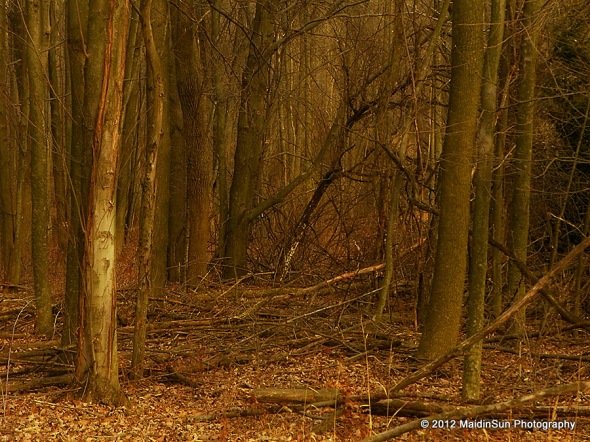 The woods are not as I remember them.  The paths are difficult to find, in part because nobody has been using them, but mostly because there are so many downed trees and branches.  We’ve had a lot of strong winds this year that have changed the landmarks and landscape of our little piece of forest.

M and I are going to have to get back there over the winter months and clean up a little. 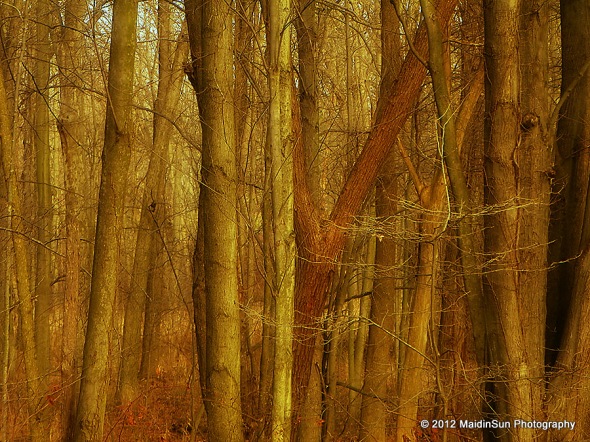 At the very least, we’ll need to move some of the downed branches and trees off the trails. 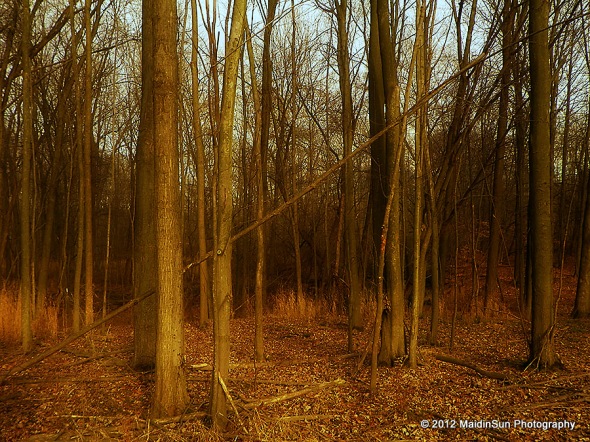 Yesterday’s blahs have moved on.  I’m not sure where they’ve gone, but I do hope they haven’t moved on to someone else.  You don’t have the blahs today, do you?  If so, I apologize if they happen to be the same blahs I had yesterday. 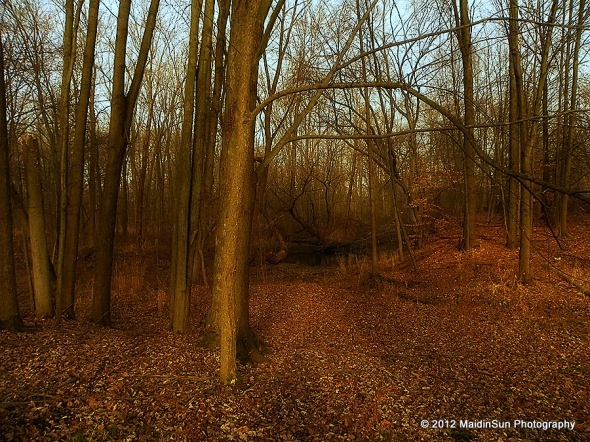 So the tree rustles in the evening, when we stand uneasy before our own childish thoughts:  Trees have long thoughts, long-breathing and restful, just as they have longer lives than ours.  They are wiser than we are, as long as we do not listen to them.  But when we have learned how to listen to trees, then the brevity and the quickness and the childlike hastiness of our thoughts achieve an incomparable joy.  Whoever has learned how to listen to trees no longer wants to be a tree.  He wants to be nothing except what he is.  That is home.  That is happiness. 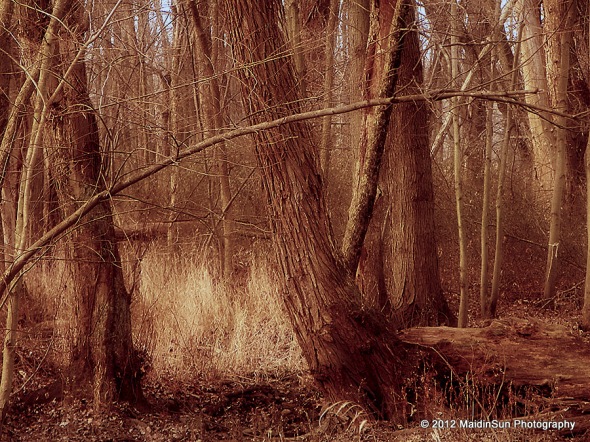 Have you learned to listen to the trees? 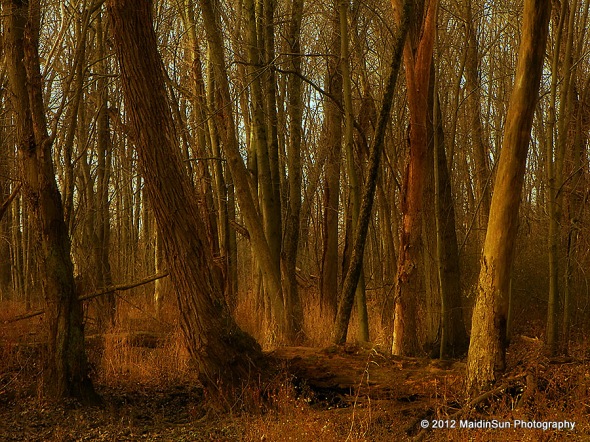 All forests have their own personality.  I don’t just mean the obvious differences, like how an English woodland is different from a Central American rain forest, or comparing tracts of West Coast redwoods to the saguaro forests of the American Southwest… they each have their own gossip, their own sound, their own rustling whispers and smells.  A voice speaks up when you enter their acres that can’t be mistaken for one you’d hear anyplace else, a voice true to those particular trees, individual rather than of their species. 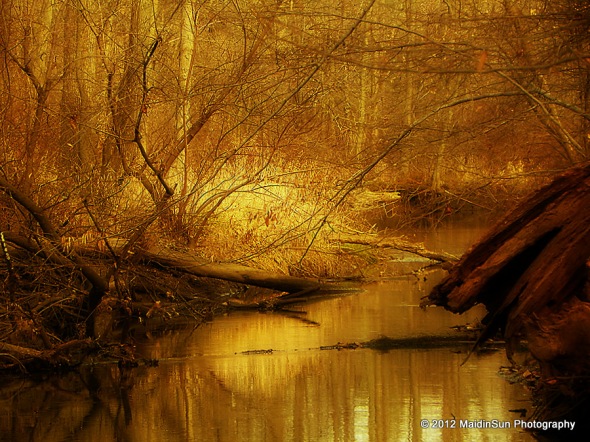 Listening to the creek sing

Since reading that quote about the personality of forests, I’ve been thinking about our forest here in the Bogs and its personality.  I’m not quite sure how I’d describe it. 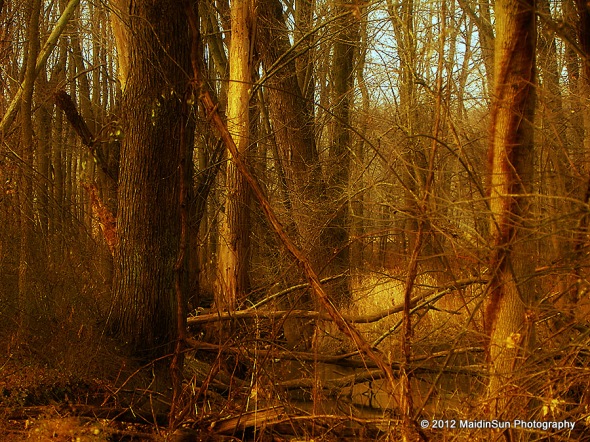 It’s not a neat, fastidious forest. 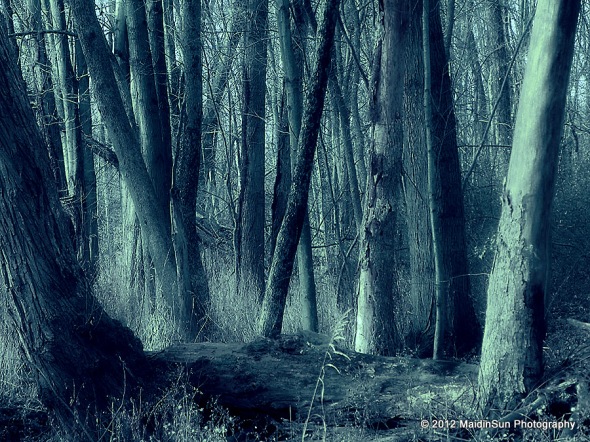 There is nothing dainty about it although it can be fragile. 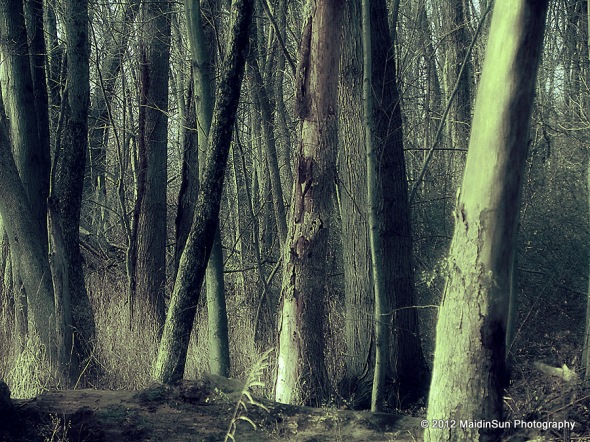 I wouldn’t use the word cheerful to describe our forest, but it does have a light and easy quality about it. 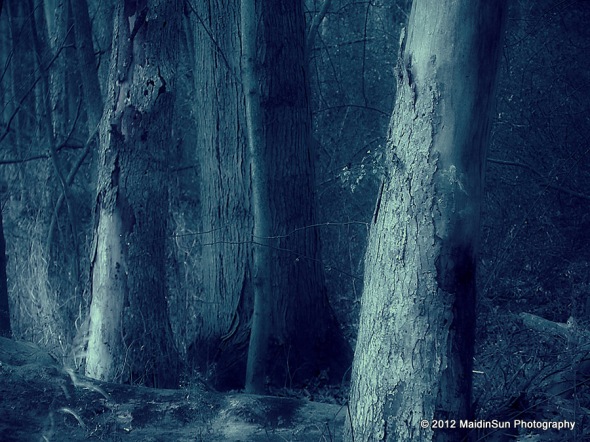 It’s a laid-back, hippy kind of forest, with a smidgen of fairy tale.  Perhaps more than a smidgen. 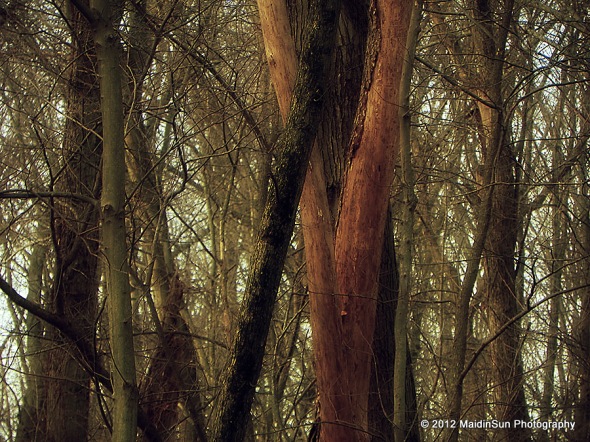 It’s small enough that you wouldn’t think you could get lost in there, yet as you go deeper, it seems to expand.  Yep.  There are definite signs of magic in the woods. 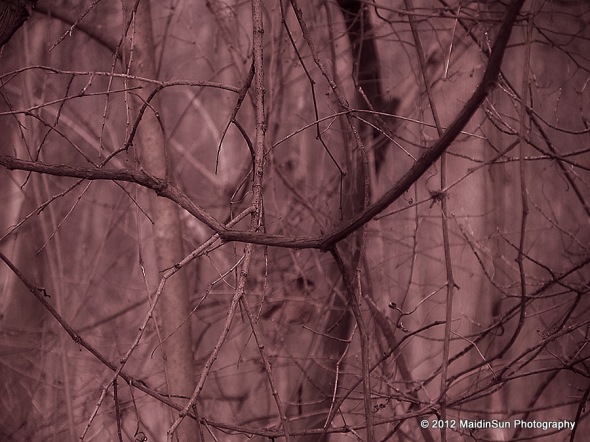 Oh my.  This post has gotten longer than intended.  Sorry about that.  See what I mean about the small woods expanding? 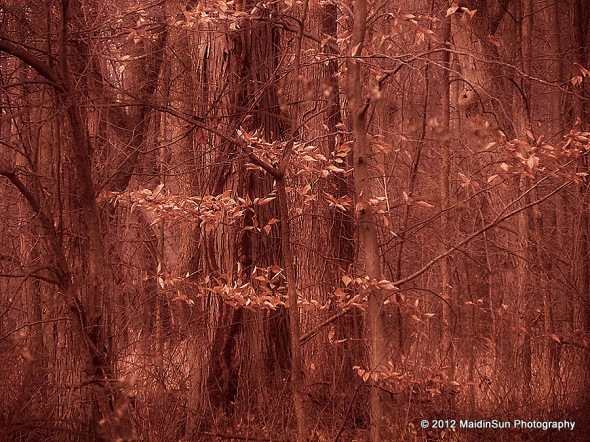 Let’s leave the woods before it grows dark.  I’ve never explored the woods at night.  If the clouds don’t take over as predicted, tonight would be the perfect night to go on a woodland hike.  The full moon will help light the way.  Meet you at the western entrance, at the end of the lower Future Woods trail, in the moonlight. 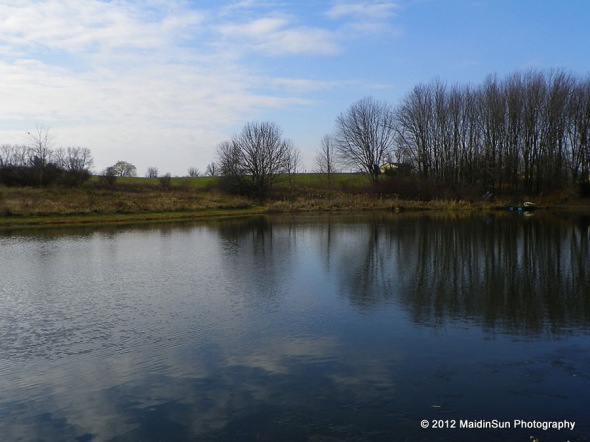 Today’s view of the pond

Thanks for joining me on a wander through the woods on this Wednesday.  Wishing you a delightful day, night, evening… wherever and whenever you are on the spectrum of time.

18 Comments on “Wandering in the woods”