← Bicycling
News from the meadows and other places →

The outer bands of Isaac brought us a good amount of rainfall yesterday.  I’m not sure exactly how much.  It poured and poured.  One of these days I’m going to buy a rain gauge so I can measure it for myself. 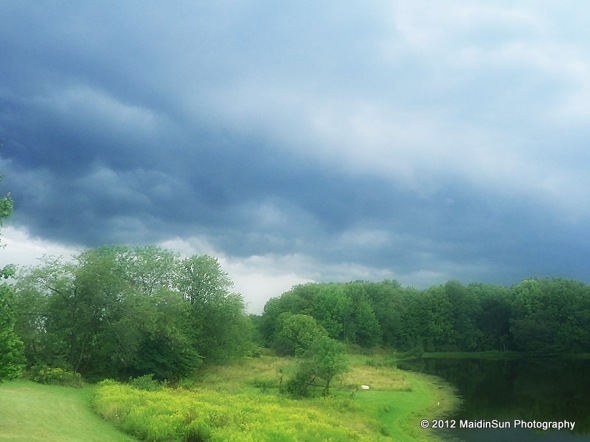 The clouds were pretty dramatic at times.  The thunder and lightning added to the sense of drama.  Mother Nature is good at that.  The ultimate Drama Queen.

Some of my photos might be a little difficult to see.  As I mentioned yesterday, the air was THICK.  The humidity kept steaming up my camera lens.  I kind of like the effect in some instances.

Many a man curses the rain that falls upon his head, and knows not that it brings abundance to drive away the hunger. 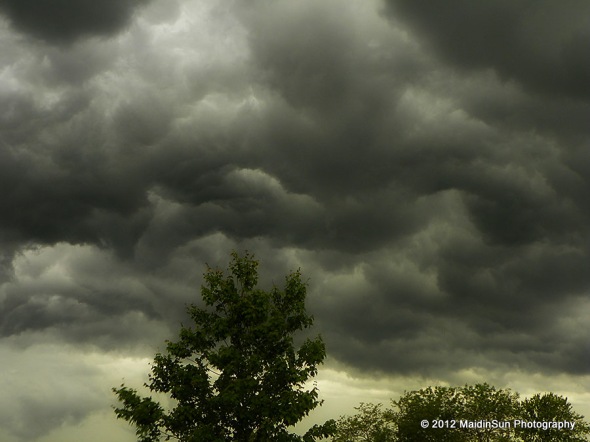 Some of the bands brought impressive and somewhat melodramatic clouds. 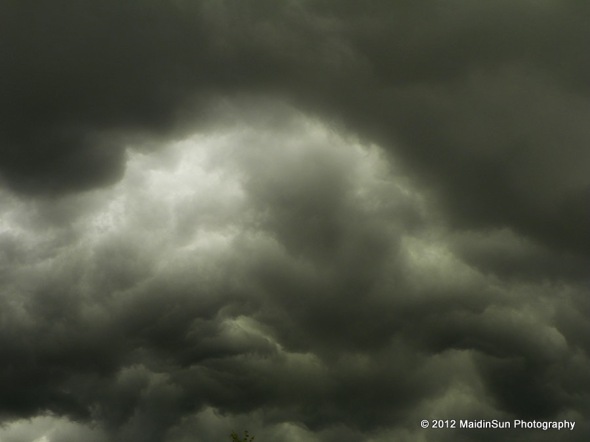 On cable TV they have a weather channel — 24 hours of weather.  We had something like that where I grew up.  We called it a window.

The dramatic clouds brought dramatic winds.  It was invigorating and, for a little while, drove out some of the thickness in the air.

The thickness returned once the clouds moved through and the wind died down.  We’ve had some misty rains today.  So far, nothing quite as dramatic as yesterday’s storms.

M and I went for a short (7.2 miles) bike ride around the neighborhood this morning.  We saw an astonishing number of dead frogs of all sizes lying on the roads and the sides of the roads.  I’m wondering if  it might have rained frogs at some point yesterday or last night. 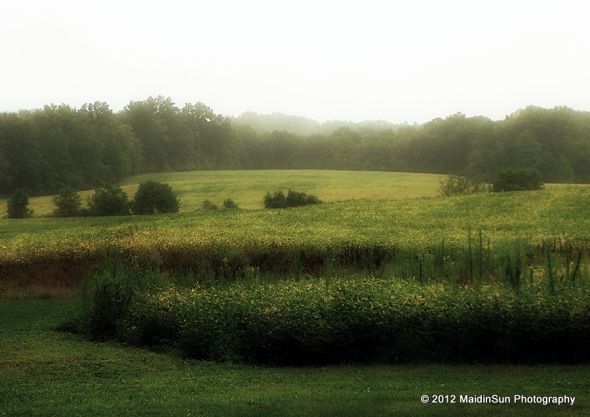 Don’t worry.  I did not bring you photos of dead frogs.  Just some scenes from around the neighborhood.

But the true lover of rain… has a deep inner enjoyment of the rain, as rain, and his sense of its beauty drinks it in as thirstily as does the drinking earth.  It refreshes and cools his heart and brain; he longs to go forth into the fields, to feel its steady stream, to scent its fragrance; to stand under some heavy-foliaged chestnut-tree, and hear the rushing music on the crowded leaves. 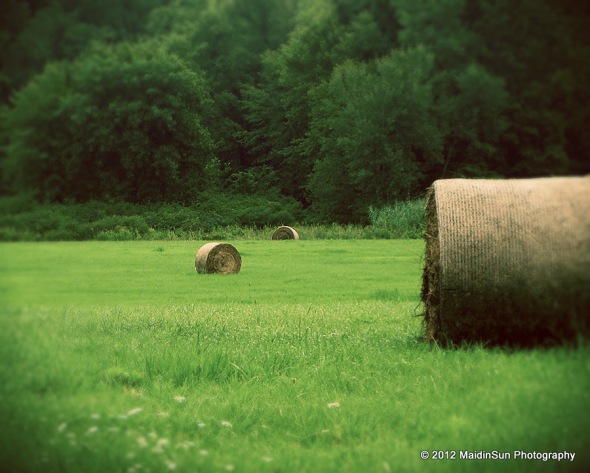 I reckon that’s it from the Bogs on this misty, sometimes rainy, Sunday.  I am grateful for the rain we have received.  The Earth in these parts appears to be grateful as well.  The hummingbirds and herons are certainly enjoying it.

Thank you for visiting.  I hope your Sunday has been filled with joy and wonder. 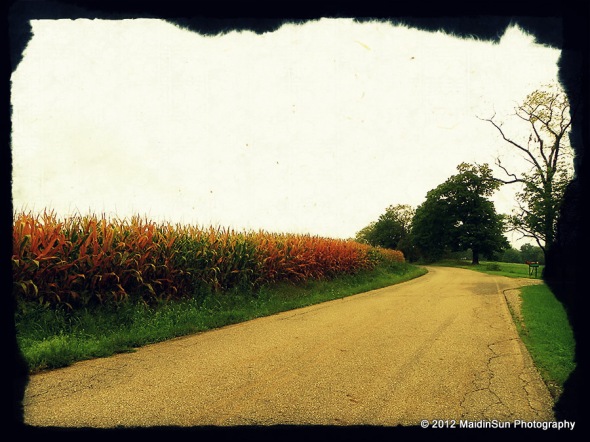 The crisp drenching rustle from the dry foliage of the perceptibly grateful trees… the little plants, in speechless ecstasy, receiving cupful after cupful into the outspread leaves, that silently empty their gracious load, time after time, into the still expecting roots, and open their hands still for more. 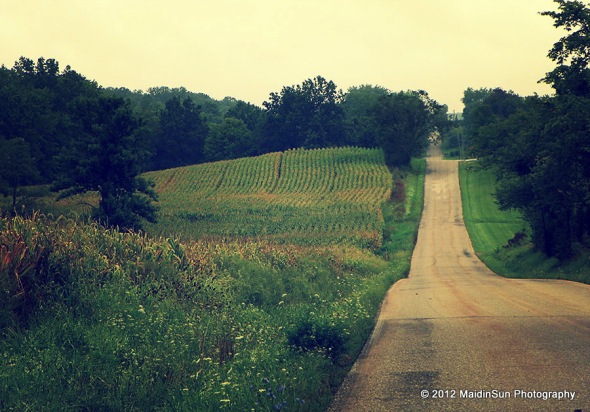 All of the roads around here have these rolling hills. The work to go up is rewarded with a nice, downhill glide.