Thursday Travels: Back to Cape Enrage

On the way to Cape Enrage

Do you remember these stairs?  Go ahead and look if you need to refresh your memory.  We’ll wait. 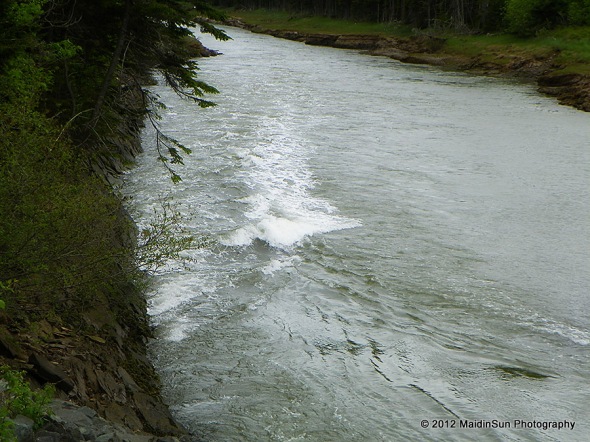 Today I’ll show and tell whether or not my fear of steep descents kept me at the top of the stairs.  Before we get there, a short note about the first two photos.  We stopped on our way back to Cape Enrage to have a look at the marsh and the river pictured in the first photo.  The tide was on its way out and the water was rushing towards the Bay of Fundy.  This is also the spot where we saw the porcupine.

There are people down there on the beach at Cape Enrage. (Just above the text “People” on this photo.)

Shortly after we arrived at Cape Enrage, I stood at the top of the stairs and looked down at another couple carefully walking around on the rocky beach.  Rather than think about it too long…

Standing on the beach. The stairs don’t look nearly as intimidating from this angle.

… I started down the stairs.  The handrails made it easy.  I   held on to both sides, something that made me feel safe.  I also had the option of going back if I got to the first platform and decided that was enough.

M is in this shot. Can you find him?

The stairs, as it turned out, were not really the hazardous part of exploring the beach.  The rocks on the beach are loose and difficult to walk on, but all you have to do is take your time and make sure the rock you’re about to put your weight on is firmly in place and not going to tip or trip you up.

I must have been a geologist in a previous life.  I love rocks.  The beach at Cape Enrage has plenty of rocks to explore, many of which contain fossils.  (You can read a little more about the geology and fossils at Cape Enrage here.)  M and I wandered around on the rocks for a while, looking at a variety of fossils or just admiring the rocks themselves.

It was cloudy and cool, but we didn’t get rained on.  There  were times when I thought we might.  The clouds were looking pretty ominous.

For today’s post, the photos are more of a big picture type of thing.  I did take quite a few close-ups of rocks, and I’ll bring some of those to you next week. 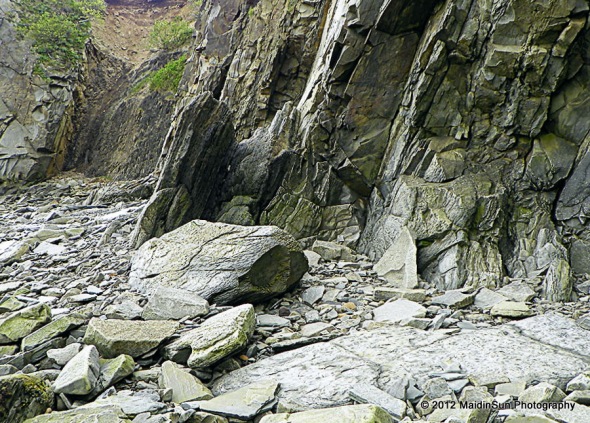 I think the last photo looks like the remains of a dragon with golden scales. 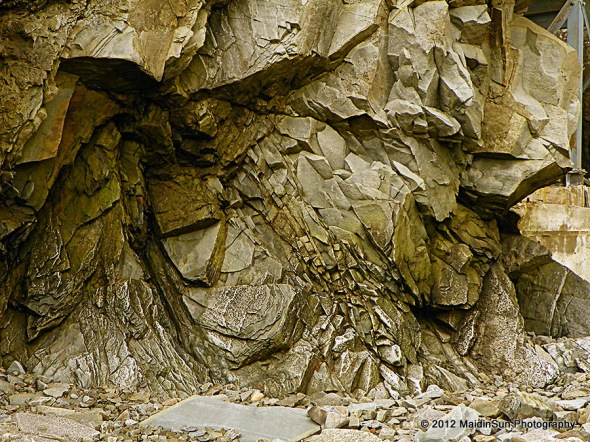 Maybe if I listen closely to the rocks
Next time, I’ll hear something, if not
A word, perhaps the faint beginning
of a syllable. 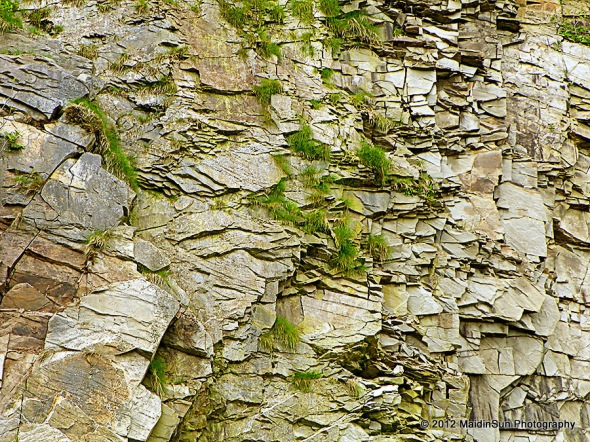 It’s a typical dog day of summer here in the Bogs.  Hot, humidity creeping up, and more or less what we expect this time of year.  It still feels a bit off, though, as if it should be late August instead of early August.  The fast-forward through spring and summer in terms of blooms and harvesting vegetables has thrown off my internal calendar.

Did you see the magnificent moonrise last night?

I’d probably have less blur if I’d stop being so lazy about taking the tripod along.

Today the Goodyear Blimp was in the sky while I took my walk.  They must be practicing touch-and-goes as they’ve come around a few times.  Then again, the Bridgestone Invitational (Golf Tournament) starts today.  They could be covering that.  It’s not all that far from here. 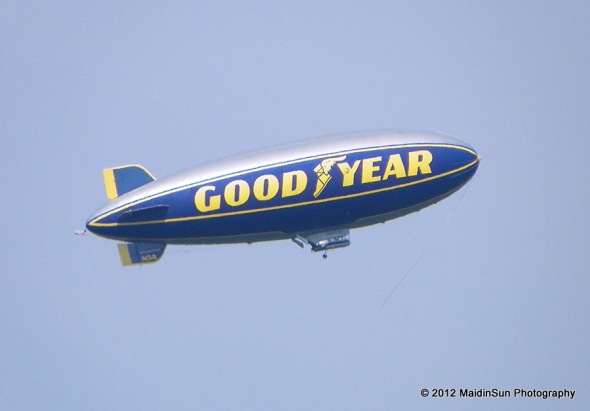 Time to wrap up this way too photo-heavy post.  Sorry about that.  I seem to be in an unintentional rush to use up my free space.  Thank you for dropping by.  I hope your day has been delightful and delicious.  🙂 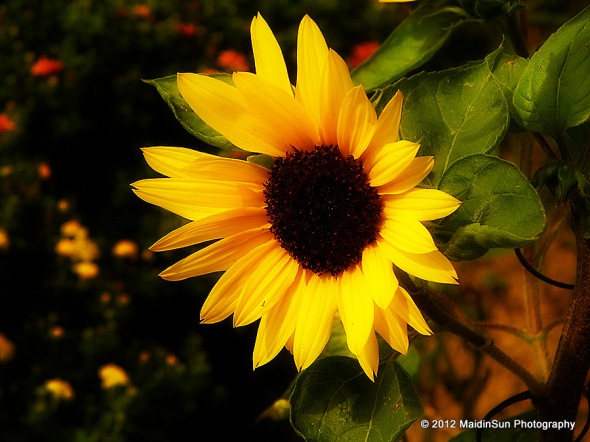 One of the few sunflowers that haven’t been gobbled up by the critters around here.

30 Comments on “Thursday Travels: Back to Cape Enrage”