← Why I haven’t gone vegan yet
Verdure → 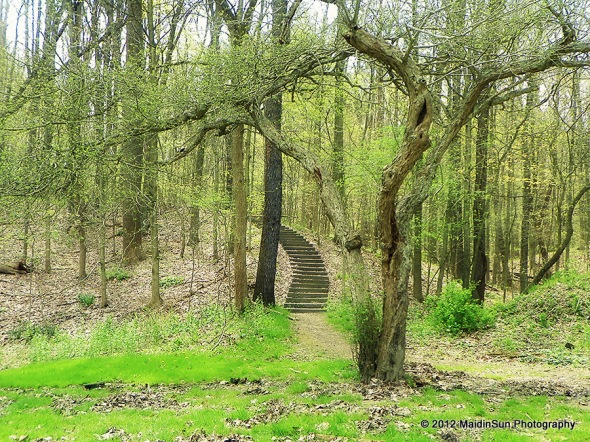 My Mountain Trail climbs one of the many ridges in Brecksville Reservation, providing vistas of the beautiful surrounding hills and valleys.  The deep forest and carpet of moss lends a feeling of a Tolkien fantasy to the experience.  You half expect a troll or elf to appear from behind a tree! 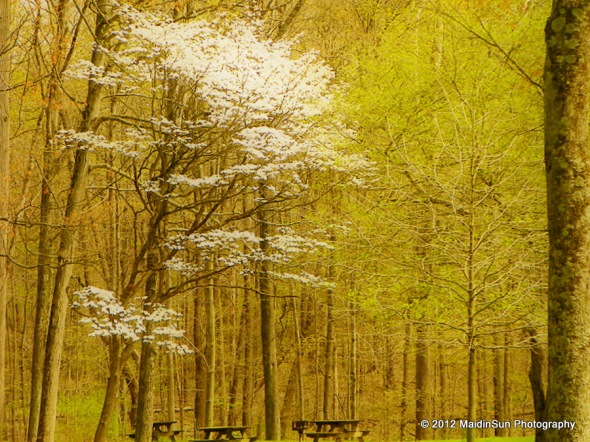 Picnic area near the trailhead

The first time we hiked the My Mountain Trail, the description in the trail guide was accurate.  I really did half expect a troll or an elf or even a hobbit to appear from behind a tree.  The area was green and lush and magical.  It was also in the summer when the trees were leafed out, and we’d had plenty of rains to keep the mosses and lichens green and happy.

I have been wanting to revisit this trail for so long that it’s possible I imagined or built up the magic of it.  The trail was different this time around, not nearly as green and beautiful as I remembered. 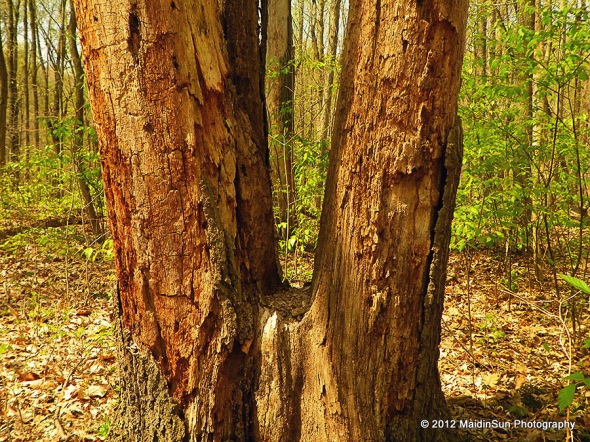 It didn’t take me long to realize the reason why.  We had come too early in the season.  There are not yet enough leaves on the trees to provide the feel of a deep forest path.  Even the undergrowth of the forest hasn’t had time to flourish and spread.

If we had waited just another month or two, I suspect it would have been as magical as my memory of it.  It is still a beautiful hike in the spring, with plenty of wildflowers dotting the landscape. 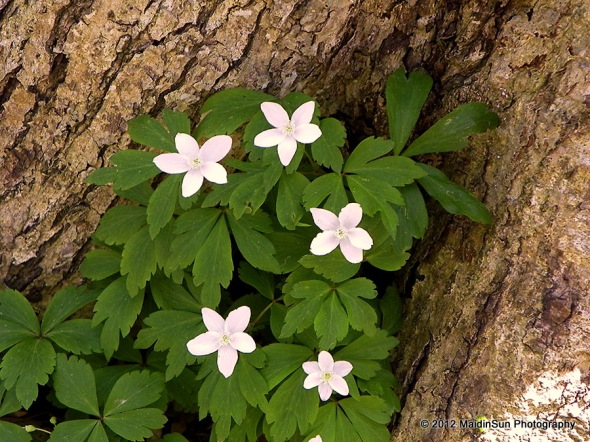 I’m hoping we’ll find time to go sometime this summer, when the leaf canopy is heavy enough to block the sun and sky, and shade the mosses and lichens.  We’ve had such warm, dry weather that most of the mosses looked yellowish and dry. 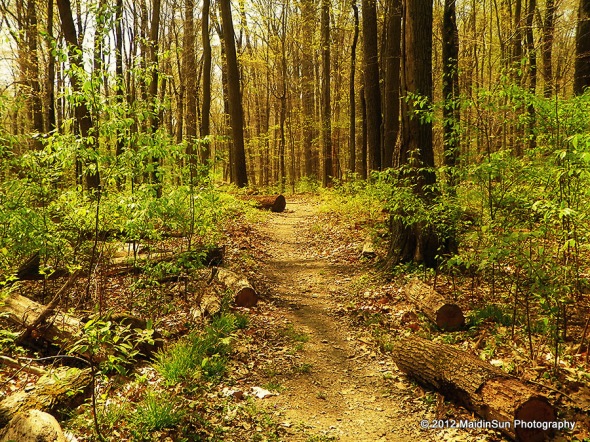 The snow threat has been nothing more than a threat so far.  They’ve kept snow in the forecast for tonight and early tomorrow morning.  The main threat we have right now is the wind.  I’m rushing to schedule this blog post in case we have a power outage.  The sustained winds are bad enough (17-20 mph).  The gusts (of up to 40 mph) are rattling the house.

Does it seem to you (as it does to me) that we have had more super windy days than in the past?  The last six months to a year have brought a lot of windy days to this part of the world.  Breezy Acres may have to be renamed Blustery Acres. 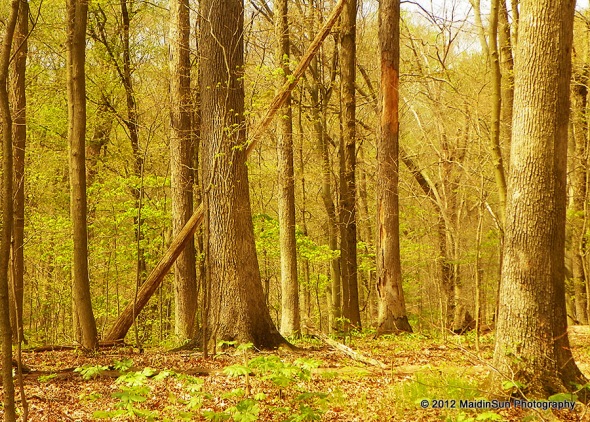 When it turns this blustery and squally, the wind reminds me of the story of The Three Little Pigs, and the big, bad wolf who would huff and puff and blow their houses in.  I can almost picture him out there, huffing and puffing, blowing off the roof shingles and rattling the house.  Fortunately, our house is not built of sticks or straw.  It has good bones and holds up well in gusty winds (except for the occasional roof shingle reminding us that it is getting close to the time when we will need a new roof installed).

I reckon that’s it from the Bogs on this windy, chilly day.  Old Man Winter, who couldn’t quite get his mojo going during the winter months, seems determined to interrupt spring as often as he can.  Sooner or later he’ll have to move on.  In the meantime, bundle up and hold on to your hat.  It’s gonna be a blustery ride.

29 Comments on “My Mountain Trail”