← The kindness of flowers
Daffodil Hill → 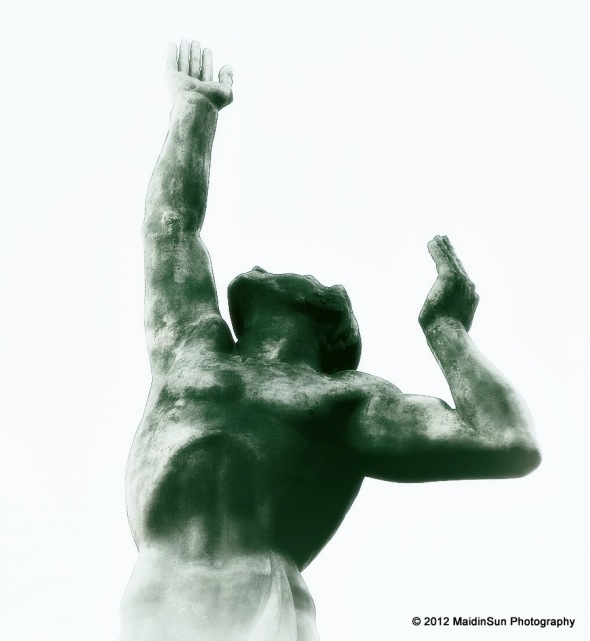 Peace Arising from the Flames of War. Also known as the Fountain of Eternal Life and the War Memorial Fountain. Cleveland, Ohio.

Today I have a medley of scenes from Cleveland, starting with the War Memorial Fountain designed by Cleveland Institute of Art graduate Marshall Fredericks.  It is located on Memorial Plaza which is part of the Cleveland Mall, and was originally dedicated in 1964.  Surrounding the fountain are bronze plates engraved with the names of Clevelanders who died in World World II and the Korean War. 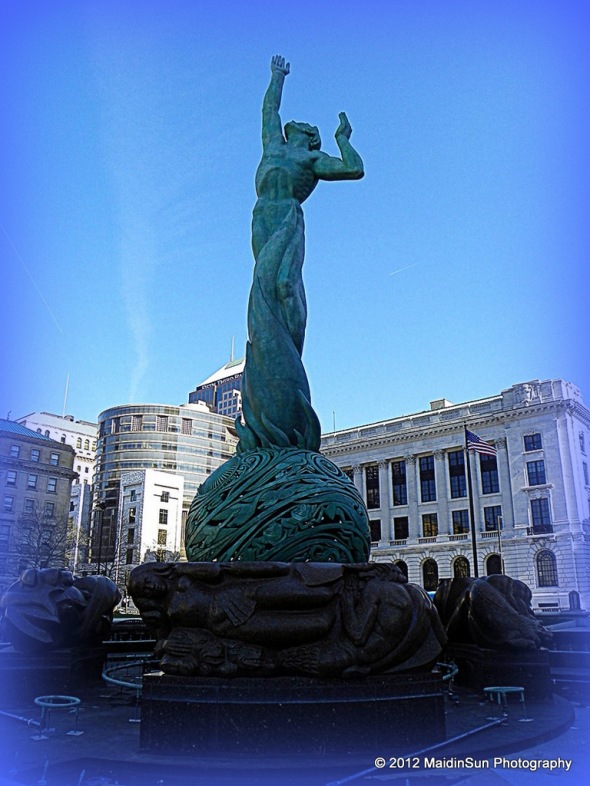 The four granite carvings depict the geographical civilizations of earth.

The bronze sphere symbolizes the superstitions and legends of mankind.

The bronze figure is man rising from the flames and reaching for eternal peace.

There were people working on the fountain while I was there.  I was surprised to see I managed the above shot without capturing any of the people.  I’d like to see the fountain when the water is turned on.  None of the outdoor fountains we passed while out walking around were turned on.  It’s usually still pretty cold this time of year so I guess they weren’t expecting to turn them on for another month or so. 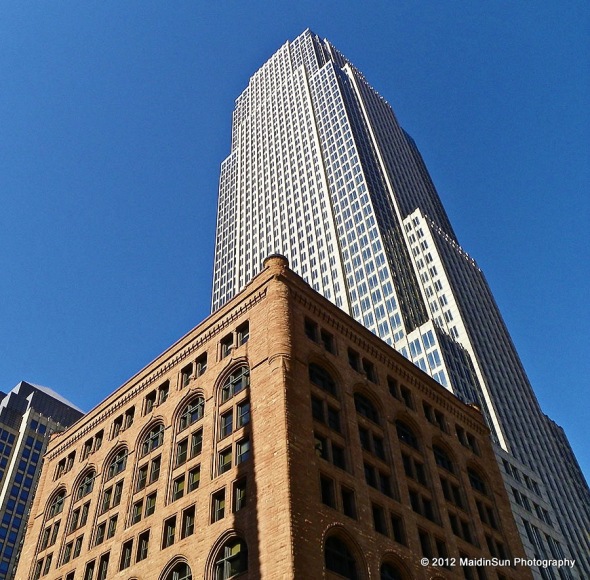 I posted a different photo of these two buildings a few days ago.  Believe it or not, they are both skyscrapers.  The tall one in the back is the Key Tower, built in 1992.  The shorter one in front is the Society for Savings Building built in 1890.  What a difference 100 years makes in how high a skyscraper will go. 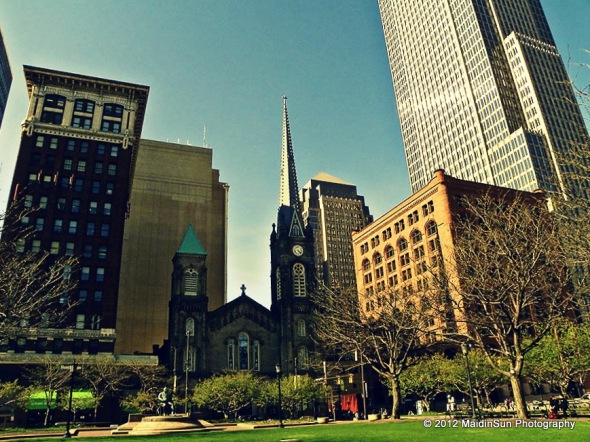 The First Presbyterian Church, located on the northwest quadrant of Public Square, is commonly referred to as the Old Stone Church.  The present structure was built in 1853. 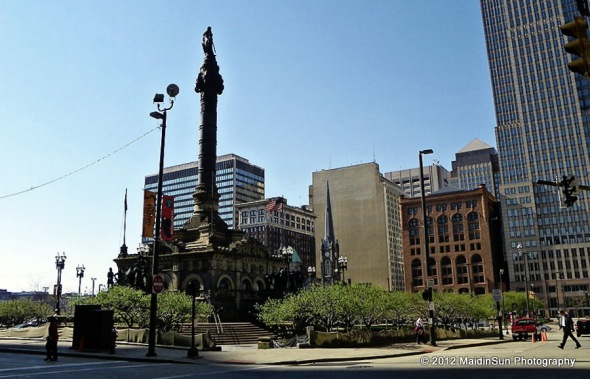 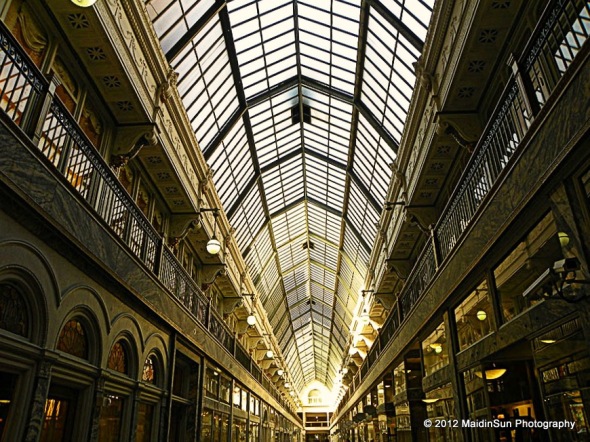 Cleveland has three arcades (the Colonial, the Euclid, and one simply known as The Arcade).  If interested, you can read more about the Colonial and Euclid Arcades here. 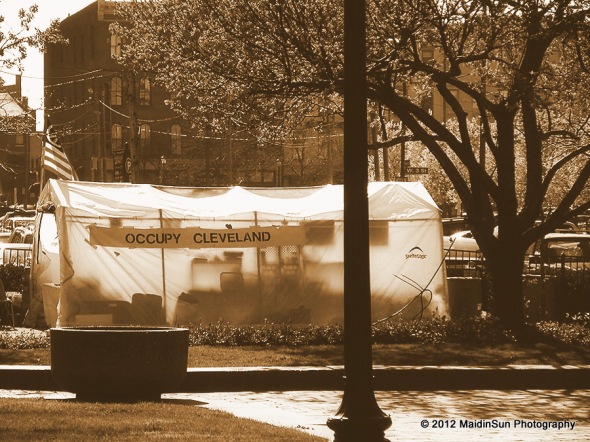 The 99% are still being represented by Occupy Cleveland. 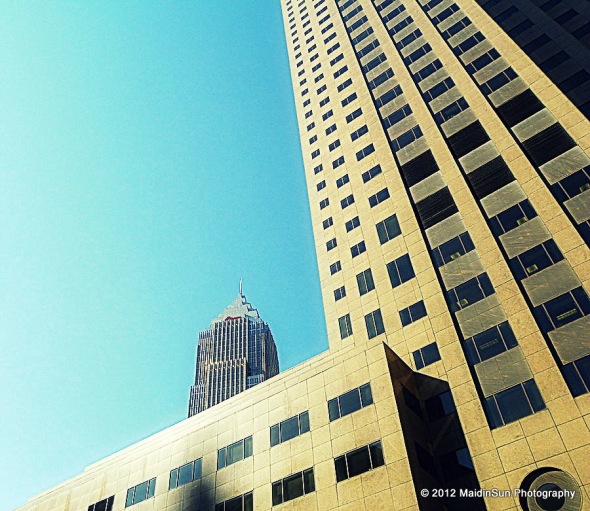 The rest are just random shots.  I didn’t take the time to find out what some of the buildings are or even keep notes as to where they are.  These are just things that caught my eye while walking around Cleveland last Thursday and Friday. 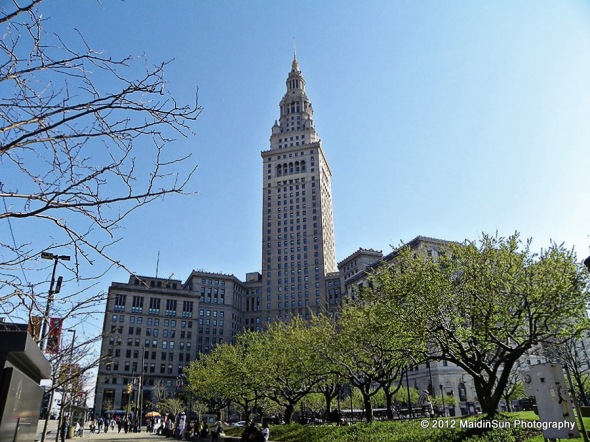 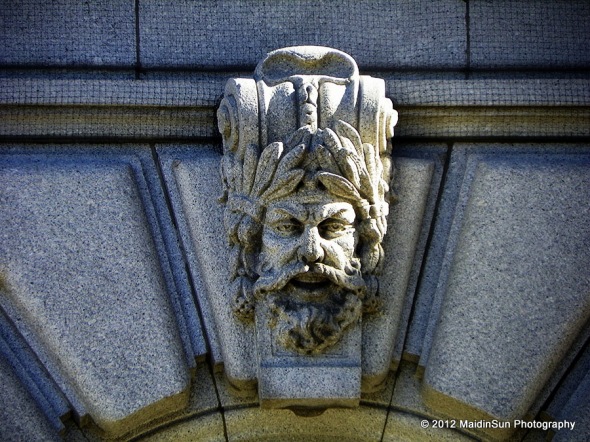 One of the many faces of Cleveland 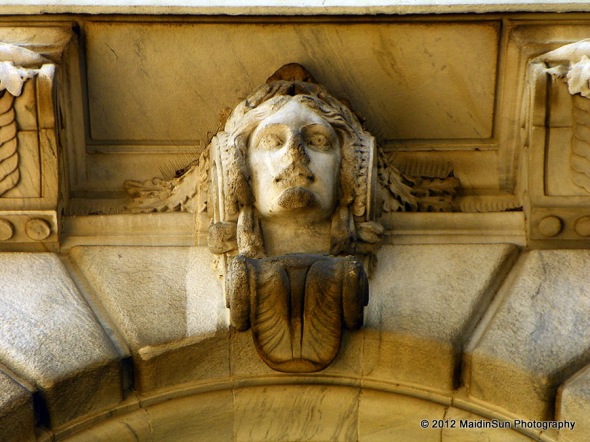 That does it for our mini-tour of Cleveland.  We did walk over to view Lake Erie and the Rock Hall (Rock & Roll Hall of Fame) briefly, but I’ve taken so many photos of both that I didn’t bother with them on this trip.  The view of the lake wasn’t particularly nice (hazy with a smog layer floating just above the horizon).

Time to sit down and relax for a little while.

Thank you for dropping by the Bogs and joining me as I revisit my recent trip up to Cleveland.  It is warm and windy in the Bogs today.  I had the windows open for a little while, but the wind was blowing things off the walls and tables.  Laundry dried on the line in minutes.  It’s a good day for a walk around the pond if you don’t mind the wind blowing you around a bit.  Enjoy the warmth.  It looks like we’ll be heading back into more seasonable temperatures (40s and 50s) for the next few days.