← If the rain turned to snow…
Flamingo → 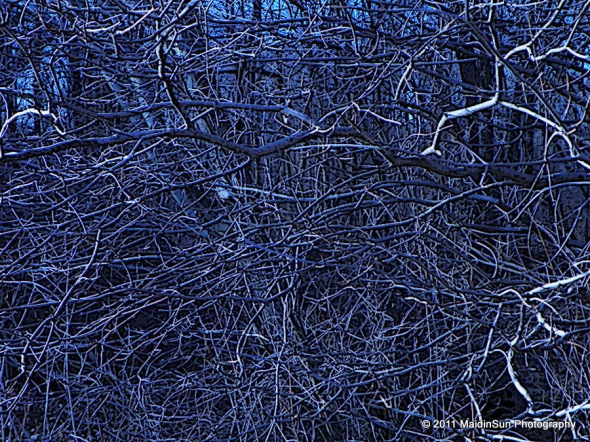 A large hedge of thorns soon grew round the palace, and every year it became higher and thicker; till at last the old palace was surrounded and hidden, so that not even the roof or the chimneys could be seen. 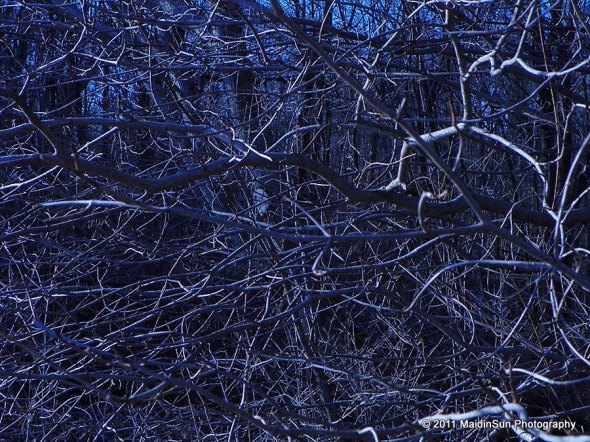 After many, many years there came a king’s son into that land:  and an old man told him the story of the thicket of thorns; and how a beautiful palace stood behind it, and how a wonderful princess, called Briar Rose, lay in it asleep, with all her court.  He told, too, how he had heard from his grandfather that many, many princes had come, and had tried to break through the thicket, but that they had all stuck fast in it, and died.  Then the young prince said, “All this shall not frighten me; I will go and see this Briar Rose.”  The old man tried to hinder him, but he was bent upon going.

I took the top two photos last week and I was reminded of the story of Briar Rose (or Sleeping Beauty by Charles Perrault) when I saw them.  I like fairy tales.  I’ve never gotten over the feeling that there is magic in them.  It’s been a long time since I’ve read any.  I enjoyed rereading the tale of Briar Rose.  I found it online, being a lazy bear who didn’t want to look for her own copy of the book that contains the magical stories.  Maybe sometime over the winter months I’ll dig out my copy of The Complete Grimm’s Fairy Tales

and do some exploring.  It will be fun to see what kind of photographs they might lead to, if any at all. 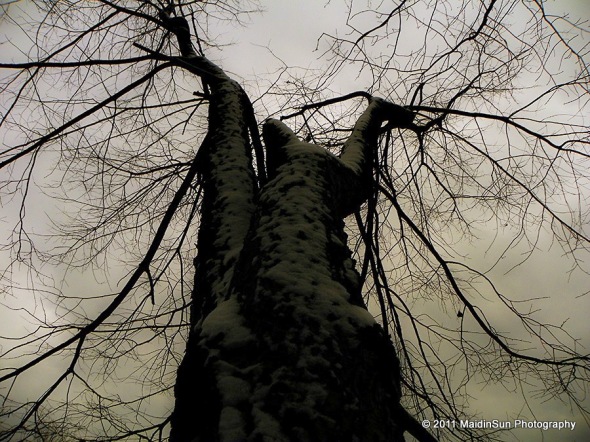 We woke up to a wintery mix of snow, sleet, and rain this morning.  It started as snow and changed over as the temperature began to rise. 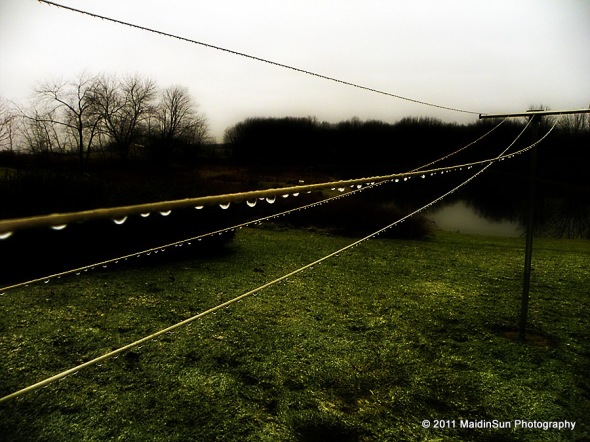 Not a good day to hang out the laundry.

While those to the west of us are getting hammered with snow, we’re going to warm up into the 50s once again and continue on with this unusual monsoon season we’ve been experiencing for the past few months.  Rain, rain, and more rain.  Drip, drip, drip.  Snow would be a lot more fun. 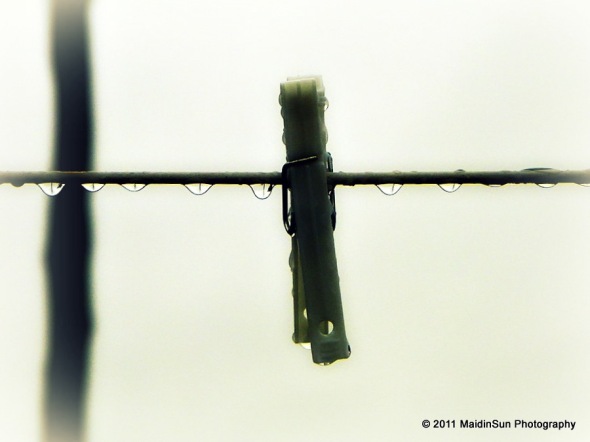 I noticed the weather prognosticators have included a slight chance of snow in the forecast for Christmas Eve.  With temperatures expected to be in the 40s, it doesn’t seem likely that we’ll have a white Christmas this year.  That’s okay.  We had our almost white Christmas during our almost Christmas celebration. 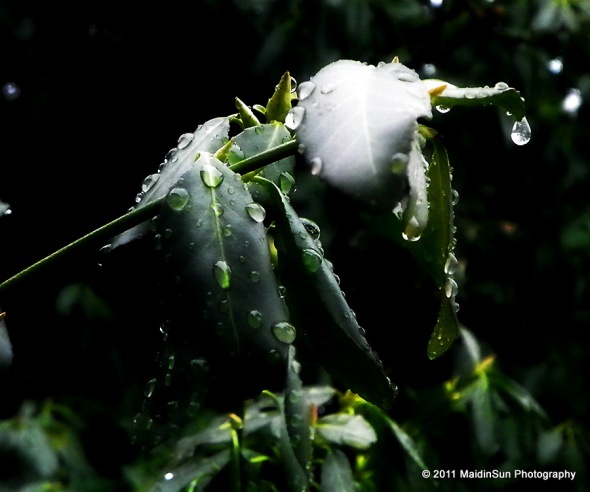 On Sunday afternoon M kept busy making a new feeder for the birds.  He used an old bicycle tire.  It’s pretty cool.  The birds seem to like it.  After putting some bird seed on it, we had about twenty birds show up at once, trying to all fit on there.  Word spread pretty quickly in the bird community once the little birds came over to investigate.

I guess that’s it from the Bogs for today.  Thanks for dropping by on this rainy day.  Hopefully the entire winter won’t be rainy, and I’ll eventually have some pretty snow pictures for you.  Stay warm.  And dry.  🙂