The birds don’t appear to paying much attention to the sign.  Or if they are, they don’t seem to care.  There is a lovely view from that sign, looking out over farms, fields, and the city of Lancaster in Pennsylvania.

M and I arrived home around noon today.  The weekend was fantastic and I think I took about a million photos.  Well, maybe not quite that many.  But a lot.  The aviary provided plenty of photo ops, and so did a visit to a fairy tale land where we met Mother Goose, a dragon, some princesses, and a couple of elves.

I’ll be trying to get caught up again soon.  Thank you for sticking with me through all the travels of late.

It’s not so bad if you stay in the shade 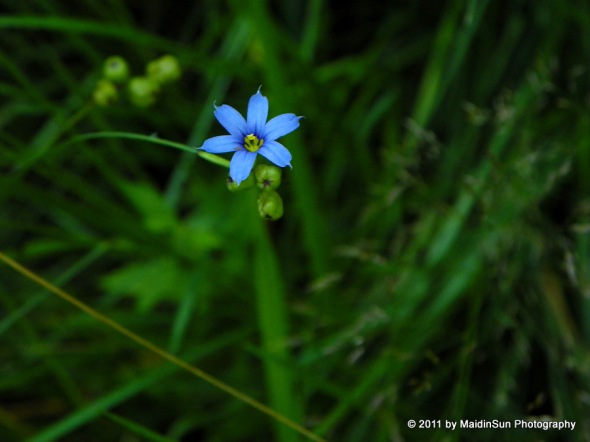 Hanging out in a shady spot, hiding from the sun

Today is what they call a scorcher.  It is hot (close to 90 degrees), but the humidity isn’t too bad.  The best place to be today is either in the shade or in the pond. 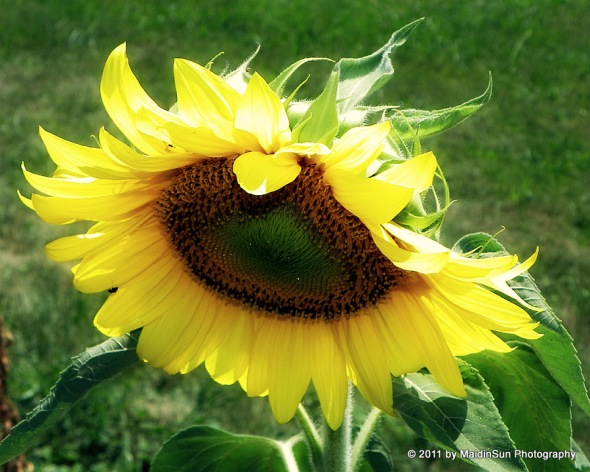 Since we’ve been gone for almost four days, I decided to take a tour of the property to see what’s going on out there.  The volunteer sunflower (“volunteer” meaning it came up from a seed dropped last year) bloomed while we were away.  We’ve never had a sunflower bloom this early in the season.  It is an oddly shy sunflower, keeping its head turned away from the sun and almost tucked into the shade.  Perhaps, like me, it really doesn’t care too much for the heat.

I took my walk around mid-afternoon, not a great time for taking photos.  Everything is overexposed to some degree.  But I sort of like the glow it gave to the sunflower. 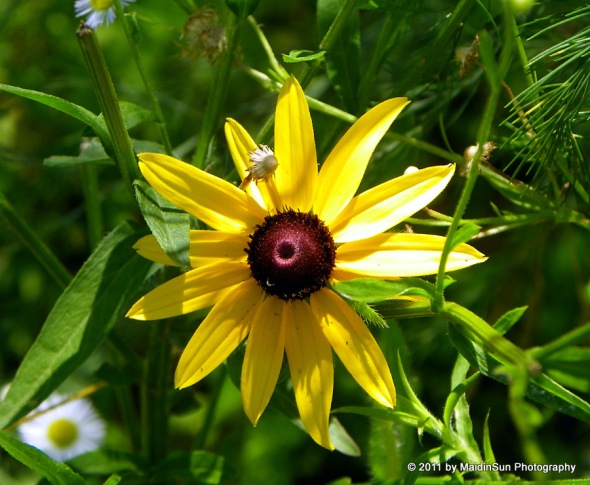 Enjoying the shade of the asparagus ferns

The bogs are not so boggy right now.  In fact, the ground is hard as a rock.  We need rain.  A couple of days with a soft and steady rainfall would be good.  A lot of the flowers that are out in the open are not faring well.  Those tucked away in the shade (such as the Blue-Eyed Grass I started this part of the post with or the Black-Eyed Susan just above this paragraph) are looking healthy and happy.

The deer flies continue to flourish, but the mosquito population seems to have decreased.  There is probably not enough standing water puddling around for them to breed in.  I’m going to head back into the woods on my walk tomorrow since it’s likely that I won’t need to carry a cloud of insect repellent with me.

A bounty of vegetables

On our way home today, M and I stopped off at a local place that has been advertising itself as a CSA.  It is not a true CSA as the produce is not from one particular farm, and some of it isn’t local but did come from the southern part of the state.  We decided to give it a try and left there with two boxes of produce for $23.00.  We are going to be eating a lot of veggies this week, particularly greens (lettuces, escarole, and more).  The guy threw in some extras, vegetables that were starting to age a bit but are still good enough.  The extras were mainly beets and cucumbers.  I’ve already roasted the beets on the grill.  The “good” beets had some fabulous looking tops so I’ll be sauteeing those in olive oil with some garlic later.

Along with our greens and beets, we also received red and white radishes, green onions, some little squashes (zucchini and yellow), and green beans.  It occurs to me as I type this that the dude forgot to include the tomatoes (from Marietta, Ohio, which is south of here) that were listed.  Hmph.  Might have to run back up there once I get this blog post finished.

I do regret not checking our own garden before stopping off for the two boxes of fruits and veggies.    Our lettuces recovered from the groundhog and are doing really well.  I picked a big bagful and there’s still more to harvest.  I see a big salad in our dinner future.  The Swiss chard looks amazing, and I’ll be harvesting a lot of that tomorrow.  What really surprised me were the cucumbers.

Some of the bush cucumbers, which I someday hope to plant enough of to be able to make lots of jars of pickles, are ready to be picked.  I did pick the biggest one of the bunch just to have a taste.  I don’t think I’ll have enough to make it worth the effort to pickle and can, but at least I’ll get an idea of how many each plant produces so that I can plant a suitable amount next year.

That’s about it from the not-so-boggy Bogs for now.  Thanks for dropping by!  🙂