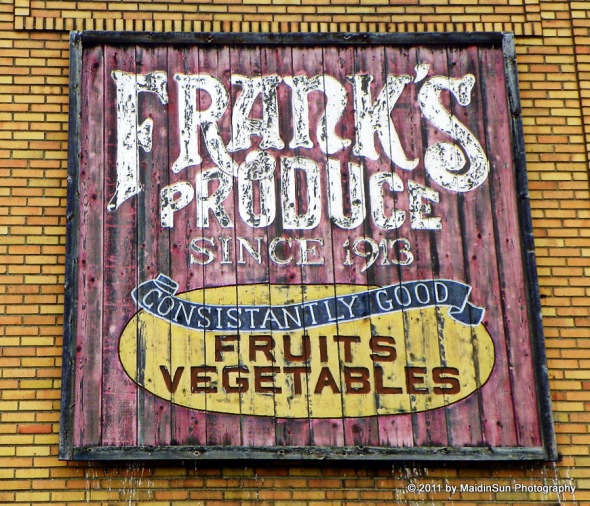 I like the idea of something being consistently good, especially fruits and vegetables.  You really can’t ask for more than that from a business.  I took this photo when we were in Canton for the Blues Festival.

For years I tried to capture dragonflies and damselflies (with my camera, of course!).  For years I was fairly unsuccessful at it.  Every now and then I’d manage a decent photo of one, but more often than not the photos were blurry or the dragonfly would take off before I could focus on it and I’d end up with a series of photos of blades of grass or twigs. 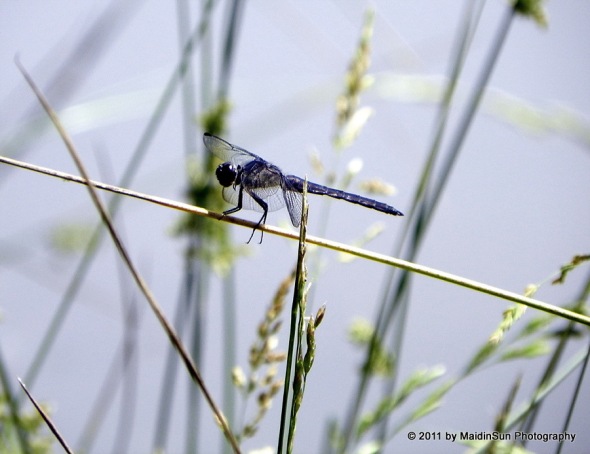 Last year I caught on to the fact that dragonflies tend to fly in patterns.  All I had to do was stand still long enough and the dragonfly I wanted to capture would return to where it had been when I frightened it away.  It didn’t always return, but enough times that it made it worth my while to be patient and wait. 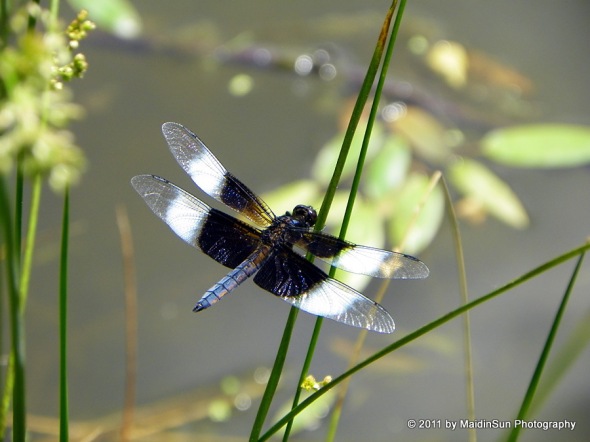 There are websites that explain this.  Naturally I had to read about it after I’d figured it out for myself.  I like to learn things the hard way, it seems.

Even with my hard-earned knowledge, it didn’t always turn out well.  I still had more blurry than good shots, and I still missed a lot.  Dragonflies and damselflies are on the move quite a bit.  It takes, I think, a lot of luck to go with a little knowledge and skill.

Yesterday was a day filled with luck.  While out on my walk around the pond, the dragonflies were showing off for me.  Posing at times.

See that amber colored one up there?  I have never before been able to capture one because I rarely see them land anywhere.  This one not only landed, it stayed for a while, allowing me to get a couple of shots, only one of which was any good.  It was, of course, the first one.  It’s almost always the first one, making me wonder why I bother with more than one shot.  It’s a form of insurance, I suppose.

Today’s outdoor time was fun.  M the Younger and his wife were here earlier in the day.  They came by to cook brunch for M the Elder (and for me) to celebrate Father’s Day.  After brunch we all went out to the swim platform in an attempt to get their dog, Bo, to go for a swim.  He didn’t care for it, poor guy.  But we had a nice time, floating on the pond. 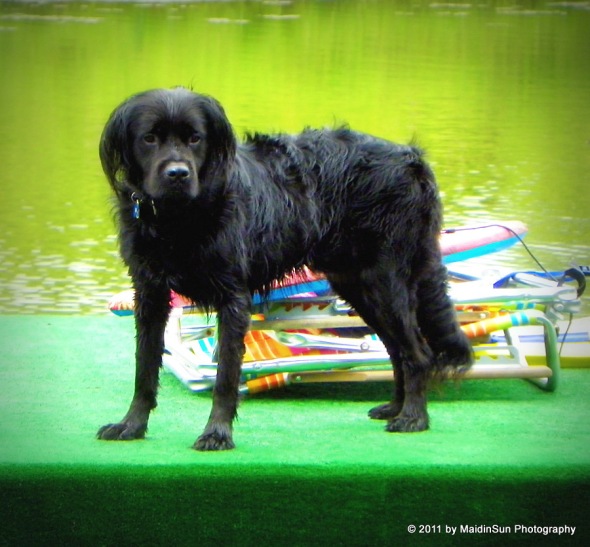 Bo, looking less than happy after his swim

The weather is heating up to the usual summertime 80s.  In a way that is typical of this sort of thing, our air conditioner has decided to die.  Hopefully we’ll be able to get someone out here to look at it soon.  In the meantime, I’m staying cool in the basement (where it is always 64 degrees).  This might be a good time to clear out old photos, and organize some of the stuff on my computer.  There are, of course, other ways to cool off when the weather gets this warm…

That’s about it from the Bogs for today.  Thank you all so much for your lovely comments on my last post.  I appreciate your thoughts, hugs, and condolences.  I’ve passed them on to M, who asked me to pass on his thank you to everyone.