It’s another rainy day here in the Bogs.  Rain, rain, rain, and more rain.  It’s hard to believe the clouds can hold that much water.  Just when I think there can’t possibly be anymore, it pours.  Walls of water march across the pond.  Buckets of it are dumped on the trees.  In between, it mists and spritzes.  Even when it seems like the rain has stopped, the air is so saturated with water that it forms a mist or fog that clings to the hair, skin, and clothing.

The earth is also saturated to the point that the ground has become one big puddle.  There are places where it looks like new ponds are forming.  Vernal pools, of course, have formed (or will be forming) in the woods.  One of my goals is to spot a salamander in or around the vernal pools in our woods.  I have a feeling that is not going to be an easy goal to meet.

I’ve stepped outside a few times today, in between the bouts of rain.  I took the camera with me on my last trip out.  I was going to leave it indoors, but then thought I should get at least one or two photos to record my daily outdoor adventure.  I could use a vacation from the camera.  As I slowly sort through photos from the past nine months, the desire to take new photographs declines.

A wildflower in Colorado

Since there is not much other than rain and gray skies going on outside, I decided to bring you some sunshine and brightly colored flowers from last August and our trip to Colorado.  The orange flowers coming up  (anyone out there know what they are?) were decorating the front of the library in Grand Lake, our local connection to the internet during our stay in a cabin in the town of Grand Lake. 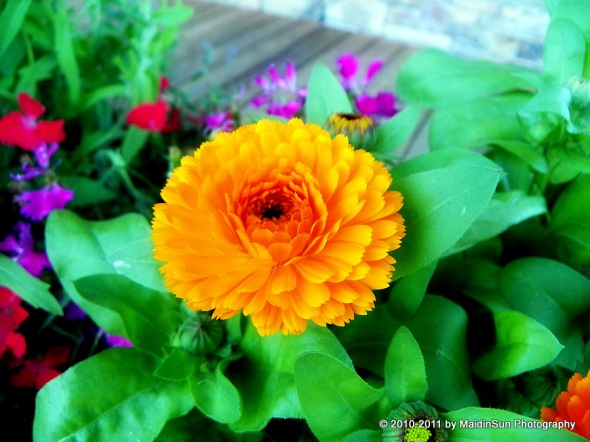 They look particularly nice set against the blue of the pansies.  (I think they’re pansies.  Anyone know?  I  am terrible with names, whether it be names for plants and flowers or for people.) 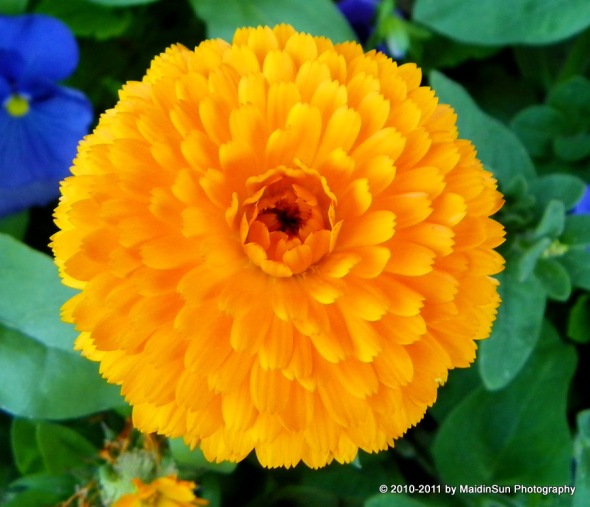 The rest of the photos were taken in Golden Gate Canyon State Park, near Golden, Colorado.

I really love the aspen trees, and there were plenty of wildflowers blooming under and around them.  It was not easy to capture the flowers against the backdrop of the trees.  Some of the flowers are so tiny, they barely show up.

I heavily processed (in Photoshop) the second shot of the aspen and wildflowers to enhance the greenery/foliage since that dominates the photo.

The aspen tree is said to represent determination, and to help overcome fears and doubts.  Individual trees only live up to 100 years, but a community or grove of aspens can reach an age of up to several thousand years as long as its roots are not damaged.  The trees reproduce by sending up shoots from the roots which allows the aspens to grow in a cohesive grove.  The aspen trees trembles but does not bend in strong winds, and even fire will not kill off a grove as long as the roots remain alive.

In his book Nature-Speak: Signs, Omens and Messages in Nature

The aspen is a tree of resurrection.  It is calming to anxieties about changes within our life.  It facilitates entering the subtler planes of life, and it awakens great soul fearlessness.  Its spirit opens us to greater control of dreams and through the dream state, it can bring hidden fears to the surface so they can be faced.  Once met with determination, there occurs a rebirth and an increasing ability to overcome impossible odds.  It strengthens communication with the higher self.

This tree works well with snake medicine.  In the animal kingdom, the snake is one of the most feared and misunderstood totems.  And yet, it is a universal symbol for healing and rebirth.  It is not unusual for those to whom the aspen whispers, to find new opportunities for rebirth and healing.  The aspen will help you shed the old and move into the new.  It will require though that fears and doubts be faced.  It is then that everything becomes possible. 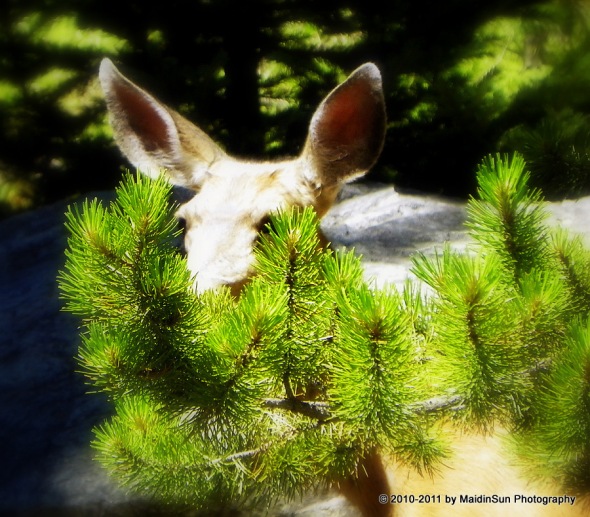 According to the weatherfolk, we’ll be getting strong storms tonight and tomorrow morning.  Judging from the radar, those storms may arrive earlier than expected.  Maybe we’ll get lucky and the rain will move through tonight.  If not, I may be posting more Colorado pics tomorrow.