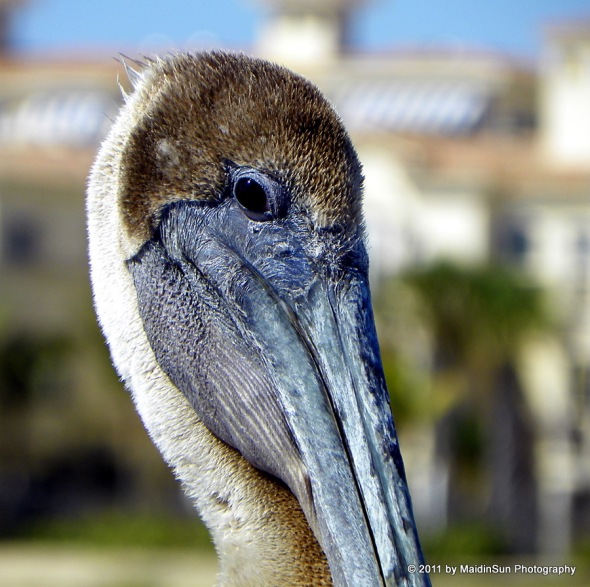 (Pelican hamming it up for the camera.)

When Scott first posted Assignment 12:  Close Up Photography, I was lucky enough to be in Florida where there was no snow, no ice, and plenty of color. 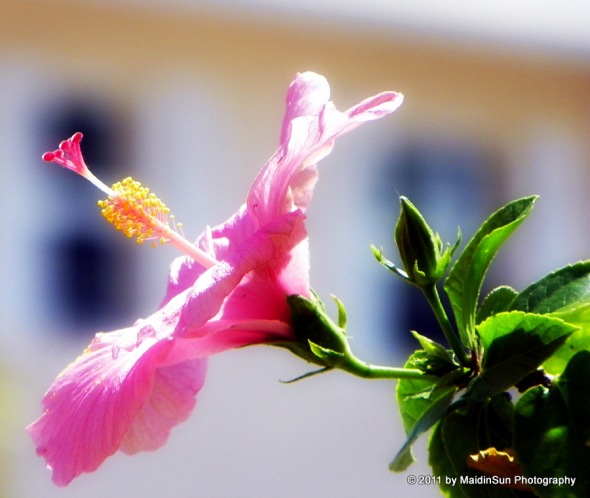 (Hibiscus in the sunlight)

My first thought, which might not be too surprising was:  Flowers!  There were, at the time (and still, no doubt), plenty of flowers blooming in Florida.  But as I walked along the beach I realized there are so many other things ready for their close ups. 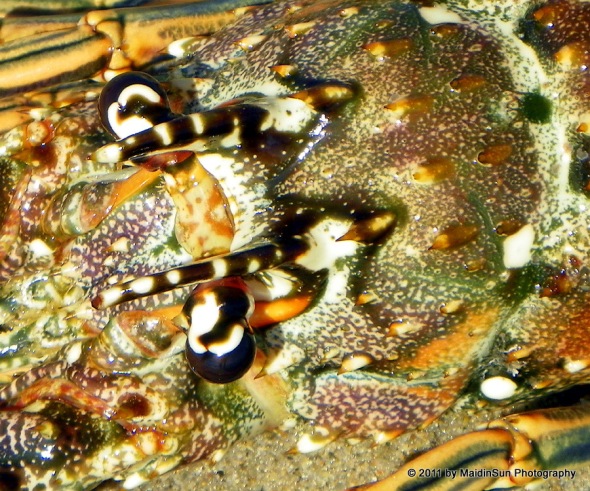 (Do you know what this is?)

The rough winds and waves washed to shore a variety of things other than the usual shells and seaweed.  There were pieces of coral, both dead and alive, sponges, man ‘o wars, and even the guy pictured above.  (Figured it out yet?) 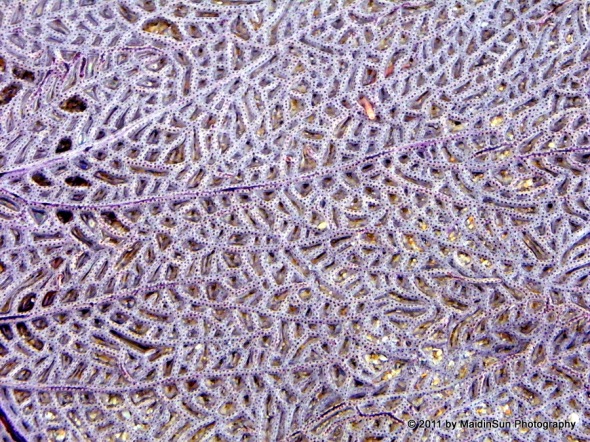 I have a macro setting on my camera.  However, I don’t use it if I don’t have a tripod handy.  Or, in this case, if I’d rather not have my tripod washed away.  Most of the close ups I took on the beach were of things that were taken back out to sea almost as quickly as I could capture them with the camera. 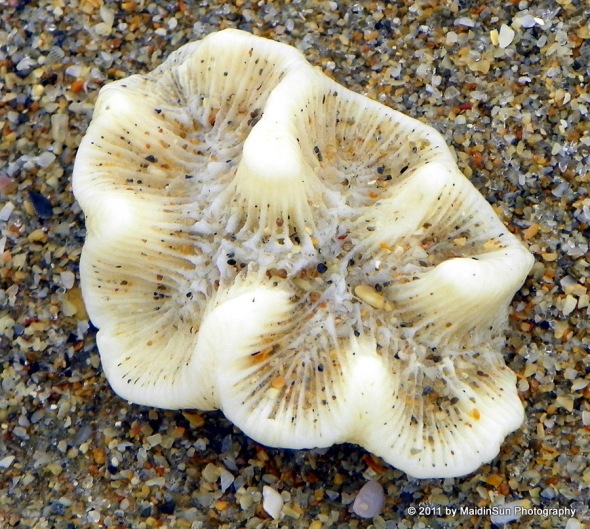 After a great deal of trial and error (because I still haven’t downloaded the manual for my camera, aka the easy way to learn), I found that the best way for me to get decent close ups with my camera when I’m not using a tripod is to put it on the action setting (which takes care of camera shake, to some degree) and zoom in on the object I want to photograph. 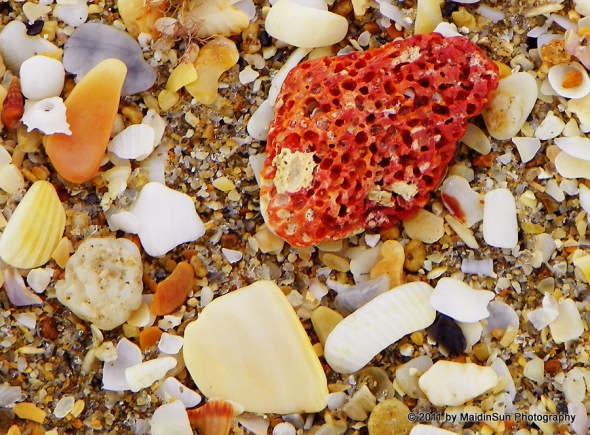 (Bits and pieces — shells and coral.) 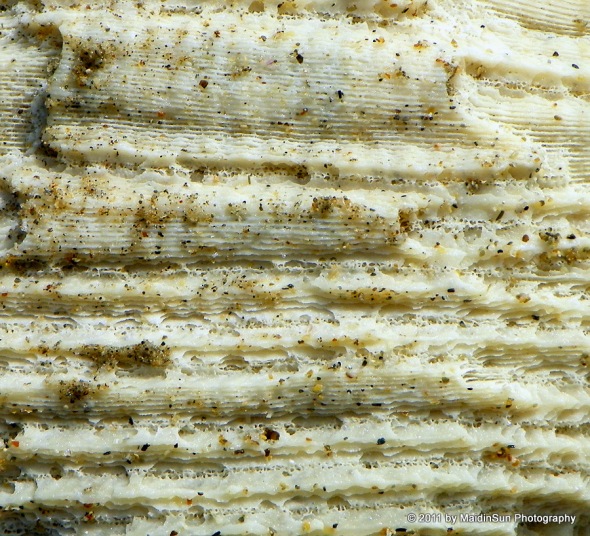 If I want to get closer than the zoom allows, I crop and, if necessary, sharpen it up a bit. 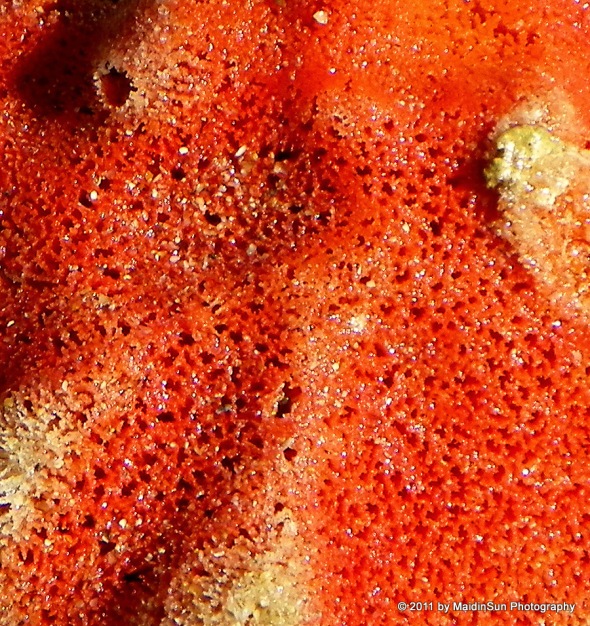 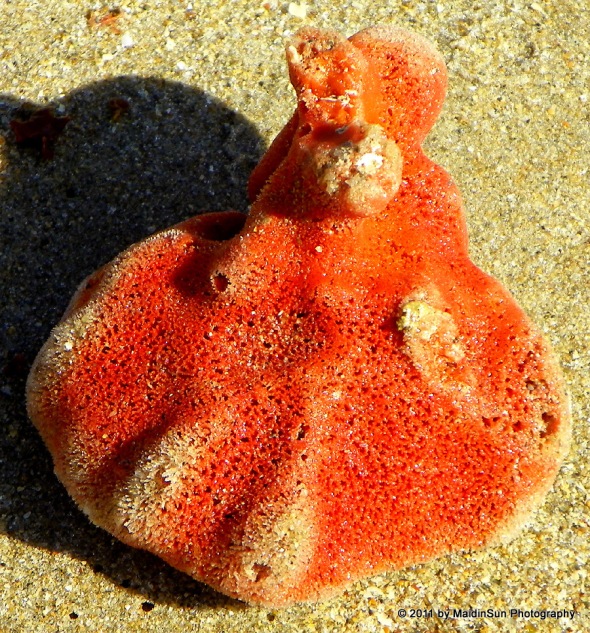 (Red sea sponge (?) — cropped but not as much as in the previous photo.)

Someday I hope to have a camera that will allow me to try my hand (and eye) at true macro photography.  In the meantime, I am having fun experimenting with the equipment I have at hand. 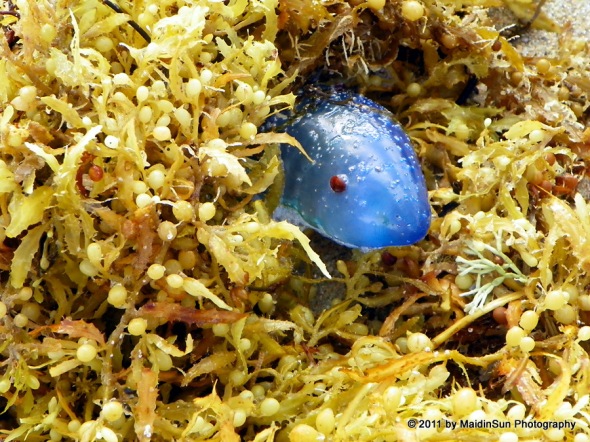 You probably want to skip this part of the post if you’re just here for the photo assignment.  There won’t be much to see here anyhow.

Our weather here in the Bogs has reached that confusing, mixed-up stage we go through in spring (and in the fall).  One of the local weather people on television this morning announced, “Rain associated with a cold front moved through overnight.  The high today will be around 62.”

She followed this announcement with the details for tomorrow’s forecast which included more rain, this time associated with a warm front.  The high will be 49.

Seems to me that ought to be reversed.  But I’m not a meteorologist so what do I know?

Today I decided to skip the walk (since I spent time on the elliptical this morning).  Instead, I sat on the deck, soaked up some sun, and watched the grass grow.  Not very adventurous, I know.  But it was lovely, relaxing, and very meditative. 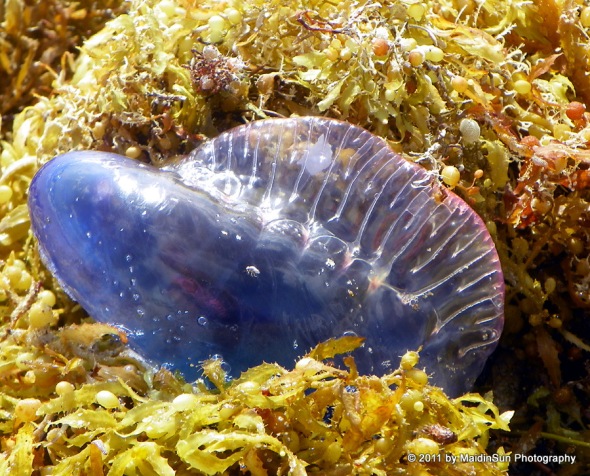