I went out early today after a glance out the window revealed that Jack Frost had paid us a visit.  Everything that wasn’t already covered with snow was coated with a thin, glittering layer of white ice crystals.

Unfortunately, I didn’t have much luck capturing the glittering part.

The frost isn’t nearly as spectacular as last year’s hoar frost, but it is very pretty.  For those who missed last year’s display, below are a few photos I took.  I don’t think I posted any of these here at the Bogs blog, but one or two may have shown up over at Bountiful Healing at some point. 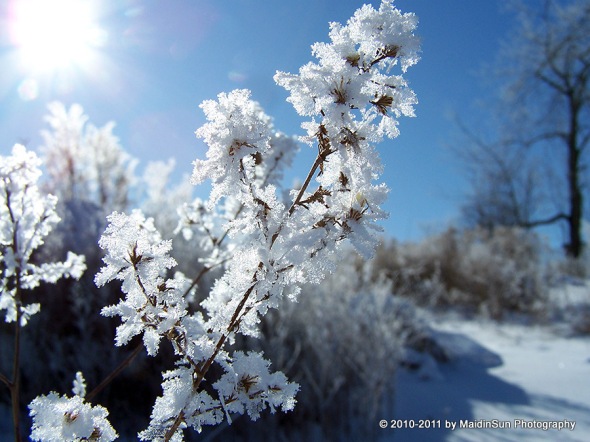 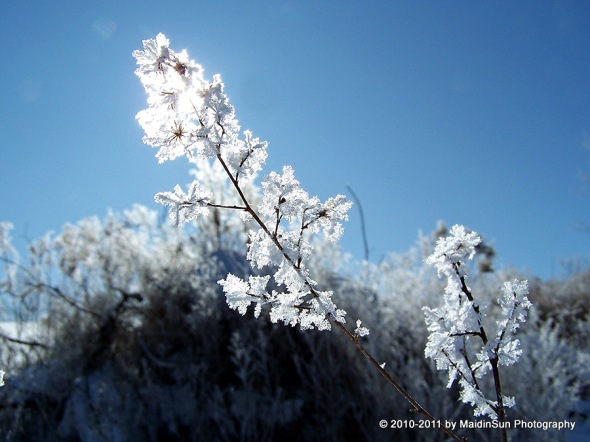 M and I are heading north to do some cross-country skiing this afternoon and evening.  There is a lighted cross-country ski trail that he wants to try out so I’m pretty sure we’ll end up being there until after dark.  I will take the camera along in case I find some time to hike around a bit when I’m worn out by the skiing.