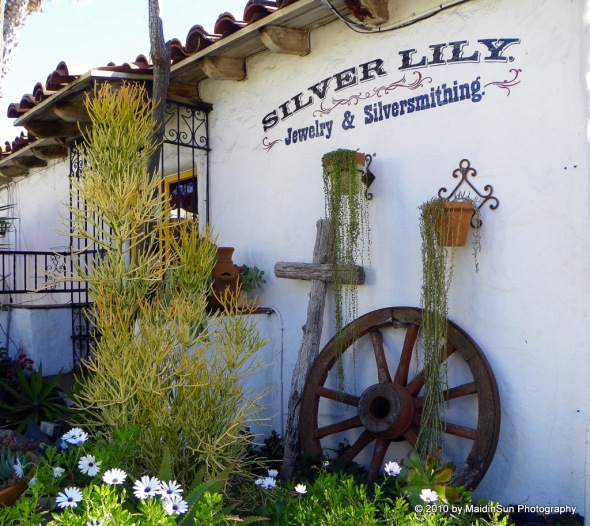 During the past few weeks I’ve had some aches and pains that I was able to ignore.  Traveling (in snowy conditions!) and then getting the house ready for an early Christmas celebration meant I didn’t have time to pay attention to aching joints and bones.  It was a matter of mind and spirit over body, full speed ahead. 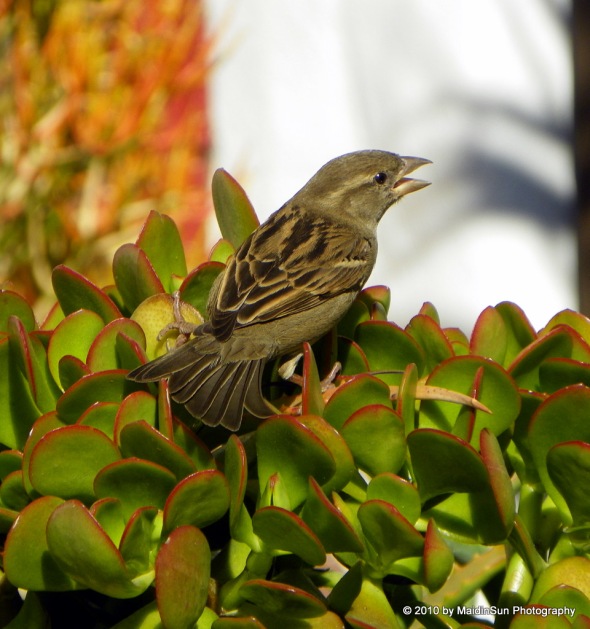 With family here saturating the house with love and laughter, aches and pains were reduced to twinges easily ignored.  Now that the house is empty — with M back at work and our family gone back to their homes and lives — those aches and pains are no longer in the background and in all honesty, today I hurt. 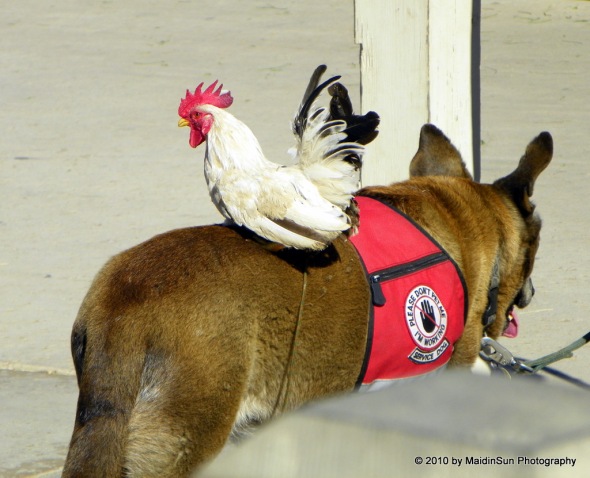 (Being helped along by a service dog.)

Stepping outside was the last thing I wanted to do.  I would much rather sit here and look at pictures of sunny, warm places.  The cold weather exacerbates the aches and pains.  Wouldn’t it be nice to sit on the beach and soak up the warmth of the sun?  In my mind and through my photos, I could go there. 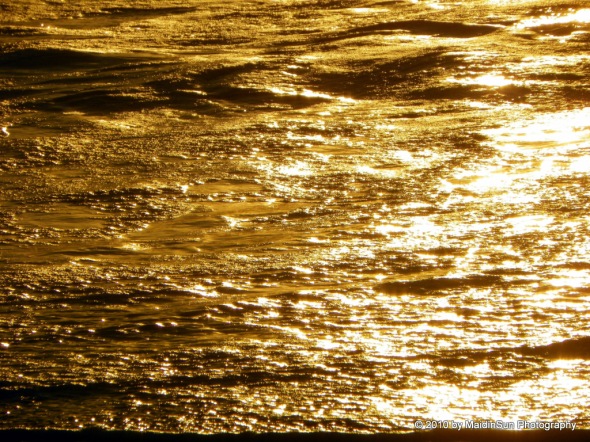 (Finding ephemeral gold in the ocean at sunset.)

This is how it went

Bundled up from head to toe I stepped outside where I was hit with a blast of wind that must have made its way here from the North Pole, preparing the way for Santa and the reindeer who are accustomed to this type of weather.  There was no evidence of the sun or anything remotely warming.  The wind howled and lifted the snow to form white funnels racing around the front yard.  I wanted to turn around and head back inside.  (Wouldn’t you?)

The warm up yesterday which caused a slight melting followed by last night’s cool down made everything crusty and icy.  I made my way over to the bird feeders, filled them, and gave serious thought to standing in the shelter by the barn rather than going back out into the wind.

(Video from today’s walk on the “low path.”)

This is the kind of day that motivated me to make the 365 commitment.  It is not about perfection.  It is about honoring promises I make to myself.  Somehow those seem to go by the wayside more often than promises I make to others.  Not today. 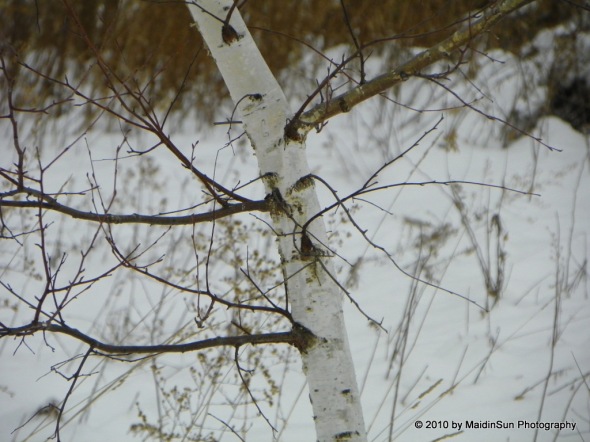 (The linden tree finally lost all of its leaves.)

I plodded over to what we call the high path.  It’s a path through the future-woods, not all that high as this is Ohio and although we do have hills, they are nothing compared to places that have mountains.  The high path is on the outer perimeter of Breezy Acres and I went that way with thoughts of taking the long route rather than wimping out with a short walk.  All or nothing, right?  Wrong.  And another lesson learned. 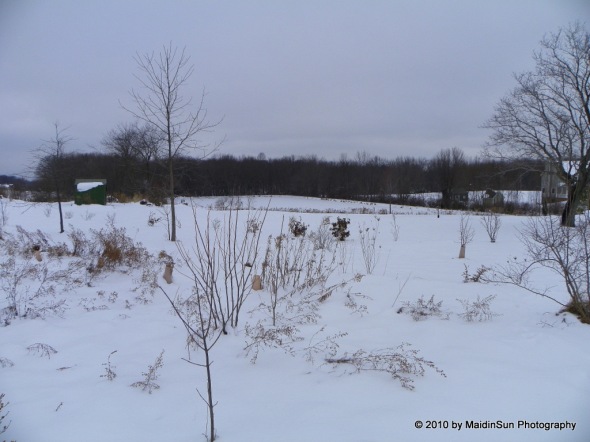 (View of the pond from the “high path.”)

The wind sliced its way through my layers but I trudged on to the woods.  I haven’t been out that way since the snow started accumulating.  It’s often windy and the drifts can be high in spots so it was no surprise to find I had to break trail and the only other tracks out there were those of small animals making their way over the top of the snow. 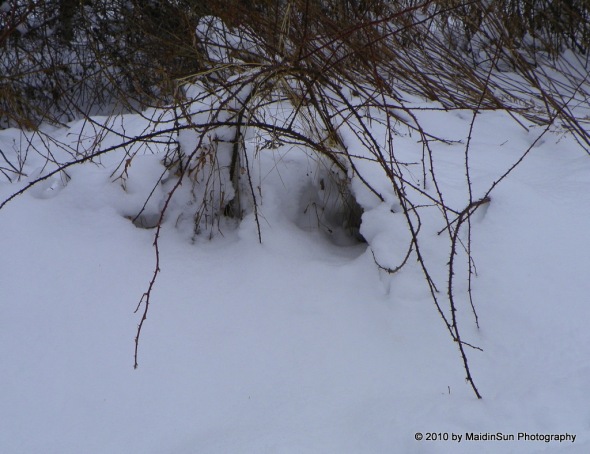 The snow looks almost the same color as the sky.  A dark grayish-blue.  I thought about tweaking the photos (adjusting the contrast and levels) to fix it but decided to leave things as they are in order to represent things as they are. Sometimes the snow really is blue to the eye, the brain, and the camera processing it.  This is my first winter with my new camera and most of the time the snow is white, as people expect to see it.  The truth of my eye is, the snow is rarely white in the Bogs.  It usually does have a blue or gray cast to it.  Near the end of winter it’s a dirty gray or black.  I am happy to see the new camera reflecting what I see.  (Isn’t that the point of art?) 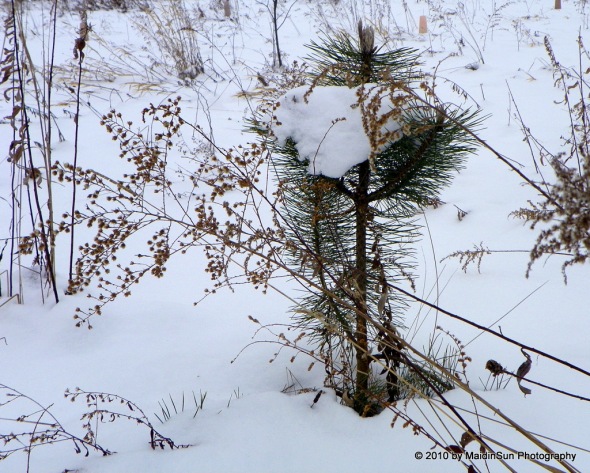 When I reached the woods I decided to turn around and take the “low path” back.  The low path also goes through the future-woods.  It is higher than the timothy grass path or the wildflower meadow but lower than the high path.  “All or nothing” was a distant memory.  By the time I reached the house, my face felt frozen yet the rest of me was warm and feeling oh, so much better.  I met my commitment and really, who cares if I didn’t overshoot it by pushing myself around the perimeter of the property?

I was surprised to find the entire walk took me over 40 minutes, longer than required by my commitment.  I did not stay out longer to prove something.  That’s just how long it took with the resistance of the snow and the wind.  Common sense, every now and then, prevails.  (I wish that happened more often in life — and not just my life!)

I canceled the pity party.  I am sinking into the quiet of the house after all the noise of the wind.  The warmth is pleasant, too.  Still, I wouldn’t mind another trip to the beach just to see the sunset… 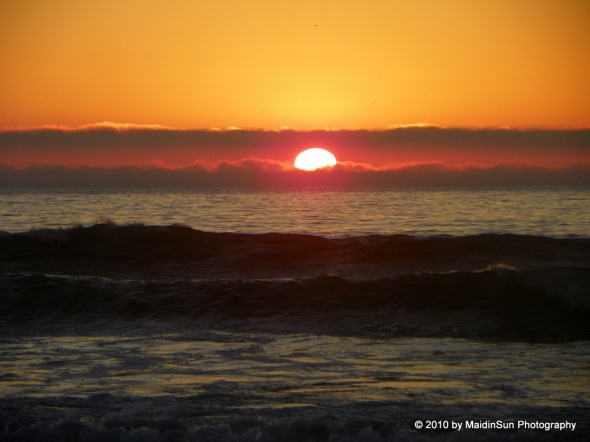 Isn’t it wonderful and amazing that we can do that through the magic of modern technology?  I think so.  And I’m very grateful for it.