It’s day 5 and I’m feeling like I somehow got far behind where I thought I’d be right now.  However, when I think about that statement, it makes no sense.  I am right here, right now.  Where else could I possibly be?

M and I have been so busy getting out and about, and there is so much of it I’d like to share.  I’m going to have to learn how to sum it up quickly, I think.  Otherwise, I’m always going to be a day or two behind in my blog posts when what I’d rather post about is the current day. 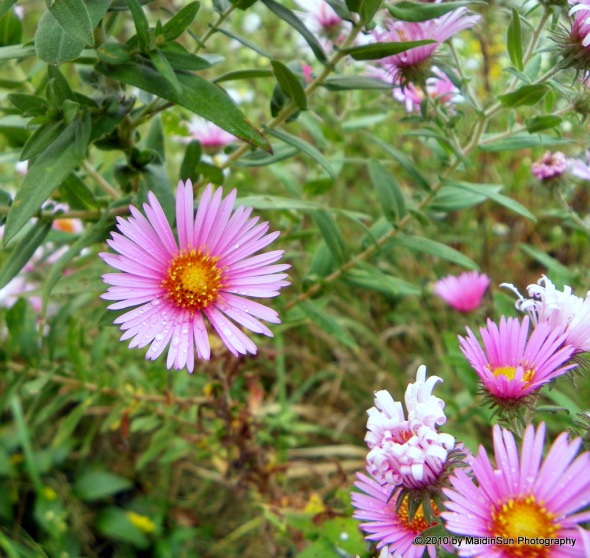 Commitment unlocks the doors of imagination, allows vision, and gives us the ‘right stuff’ to turn our dreams into reality.  ~ James Womack

It is raining here in the Bogs today.  I thought about putting off my outdoor time until later in the day.  I had just finished my yoga and meditation practice, and I was feeling pretty relaxed.  I decided relaxed is a good way to feel when stepping out the door (not the back door, by the way, with the frogs but the door to the garage which is a favorite spot for spiders but they don’t fall on my head).

Rain is one of those weather conditions that usually keeps me indoors.  When I was a young girl, I used to love to go outside and play in the rain.  I did it every chance I got, something my grandmother, who was often babysitting my brothers and me, wasn’t always pleased about because I also had an affinity for mud.  Jumping and dancing in puddles was a favorite pastime.  I’m not sure when that changed.  No matter.  I’m going to learn to enjoy the rain again. 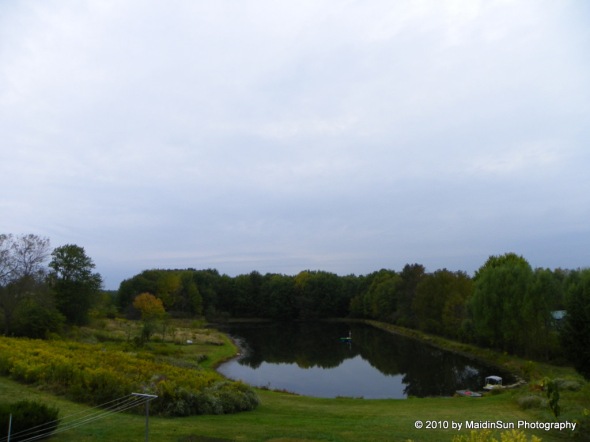 As I debated whether or not to take the camera along, the rain stopped so I strapped the camera around my neck and took my new camera bag along with me just in case it did decide to rain.  It’s not waterproof but it’s water resistant and would keep the camera dry long enough for me to find shelter since I decided I wouldn’t stray too far from home.  I have promised myself to leave the camera behind the next time it rains.  That way I can go out and enjoy it without concerns about what I’m carrying.

The decision to stay fairly close to home slowed me down on my walk which made me more aware of what was happening around me.  Or so I thought.  As I was slowly, almost meditatively, walking along the pond, peering into the meadows to see what was going on in there, I heard a splash up ahead.

Usually when there is a great blue heron feeding from our pond, they fly off as soon as anyone starts down the big hill towards the pond even though there is a good distance between the top of the hill and the back of the pond.  I was surprised and delighted when I turned my head to look in the direction of  the pond and saw this heron feeding, not all that far from where I was standing.  It had a long string of pond weeds in its mouth and it was chewing away at it a little at a time until it finally gulped the last 4-5 inches down in one swoop.  Or one gulp.

I watched it for a while and then remembered I had the camera.  I took a few shots.  I slowly tried to get a little closer, more for the sake of a photo than to actually see it.  My movement frightened it away of course, so I had to settle for listening to the sound of its wings flapping and watching it fly away.

There’s a lesson in that.

M and I had a good time at the Mum Fest.  The day was chilly and cloudy, but I think the cloudiness contributed to the way the colors of the mums popped.  There were 20,000 mums arranged in beautiful stripes of color throughout one section of the park.  Vendors were scattered around the block on the streets, and a water ski show took place at various times throughout the day on Lake Anna.  There was also a variety of music.  While we were there Heartbeat Afrika were playing their drums and keeping a good beat going.

For more about the Mum Fest, follow me after the break (in other words, click where it says “read more…”).

I’ve been to Barberton once or twice before but I really don’t remember it.  I certainly didn’t recall that it is known as “The Magic City.”

There is no sleight-of-hand or witchcraft involved in the nickname of the town.  Barberton was founded in 1891 by Ohio Columbus Barber, called “America’s Match King” because he had a controlling interest in the Diamond Match Company.  Barber got an early start in the match business.  His father made matches by hand, and O.C. Barber and his brothers sold them door to door.

Barber moved the manufacturing plant of the Diamond Match Company to Barberton in 1894 where they were soon producing 250 million matches a day.  His contribution to manufacturing in the area caused a rapid population growth in Barberton during a time when there was massive immigration from southern and eastern Europe.  Within a few years after its founding, Barberton grew so quickly that a reporter from a local paper noted that the town had grown so quickly it appeared to have grown by magic.  Abracadabra!  A nickname is born.

Lake Anna, located in the center of the city, was named for Barber’s only daughter, Anna Laura Barber.

So much for the quick history lesson.  Let’s go back to the Mum Fest.  There were flowers (mums, of course!):

Lots and lots of flowers:

Some with interesting names (and now we’ll see if a specific someone is paying attention): 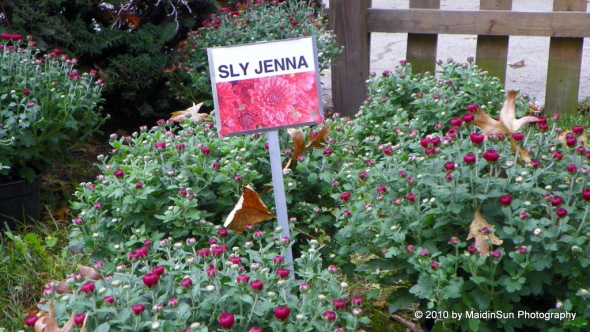 There was a sand sculpture: 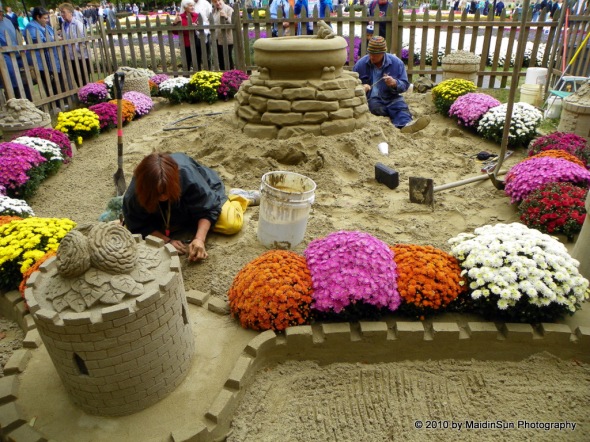 (Yes, those are watermelons and cantaloupes and honeydew melons and cabbages and I’m not sure what all else…)

And an ice sculpture:

With flowers (mums, of course) everywhere.  The vendors had lots of creative and colorful objects too: 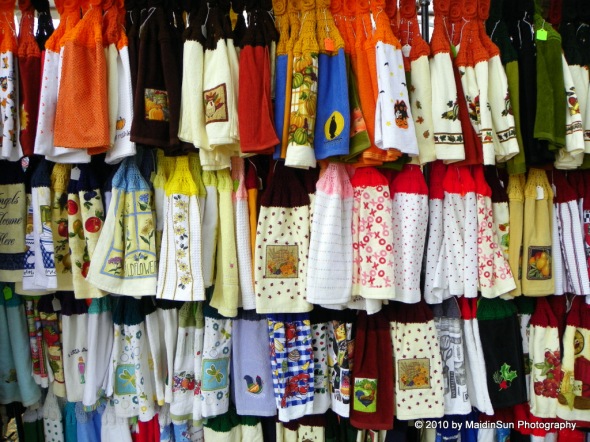 Not just any fried bologna but Famous Fried Bologna.  I did not see fried chicken represented at any of the food vendors (it’s possible I missed it) and that surprised me.  Barberton is famous for their fried chicken.  Wikipedia has an article about it:  Barberton chicken.   If you want something more amusing than a Wikipedia article to read, try this:  The Barberton Chicken Experience.  Even the Food Network has weighed in on the issue with Food Feuds.

Well, this post is getting insanely long.  I’ll finish up our Mum Fest experience tomorrow.  Thankfully there isn’t much else to add (which means I’ll get caught up and can move forward from there, I hope).