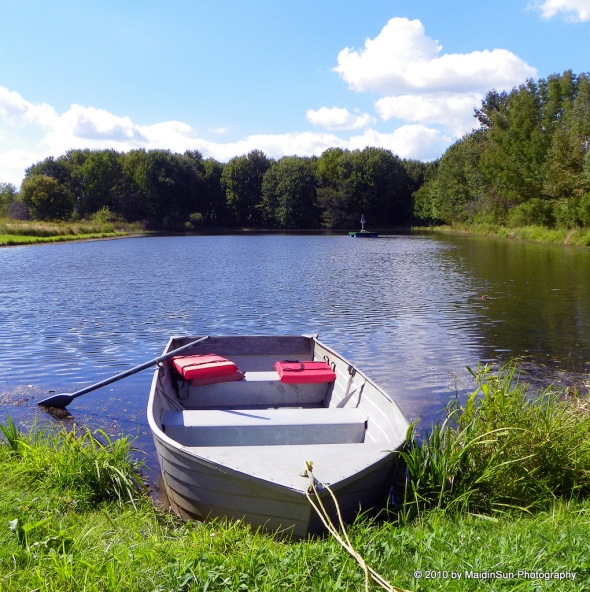 We’ve been doing a draw down of the pond.  At the risk of stating the obvious (because there might be one or two folks who are not familiar with what a draw down is), a draw down involves drawing down the water level of the pond.  We thought about doing this last year (or was it the year before?) but the cost of renting a pump coupled with the cost of the gas it would take to run the pump for the weeks needed to draw down the pond to the level we wanted/needed was too much.

Did you follow all that?  I think I managed to confuse myself there for a moment.

The reason for the draw down can be summed up in two words:  Pond weeds.  A pond needs plants.  Absolutely.  The smallest plants (microscopic aquatic plants, to be precise) are the base of the plant chain and provide dissolved oxygen through photosynthesis.  The larger plants provide a place for small fish to hide as well as a habitat for aquatic insects. 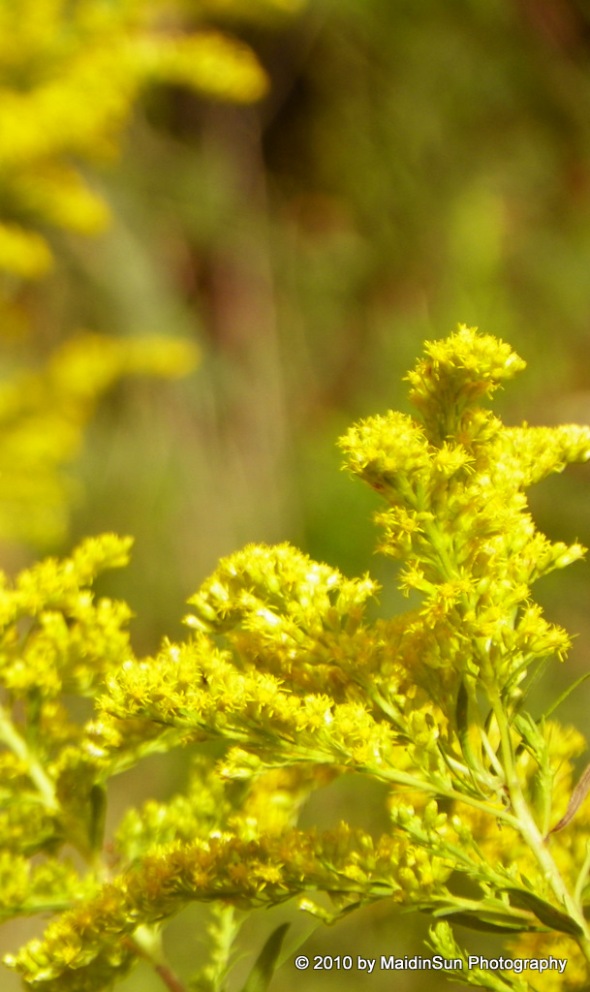 (Goldenrod, which some consider a weed but not a pond weed.)

However, too many plants spoil the pond soup.  They stunt fish growth for one thing.  Yes, we have fish in our pond — bluegills, bass, and a couple of carp that are supposed to be eating pond weeds but they’re not doing their job very well.  We won’t be giving the carp pink slips because we gave them tenure when they arrived.  Besides, we don’t believe in firing our fish unless we’re going to eat them. 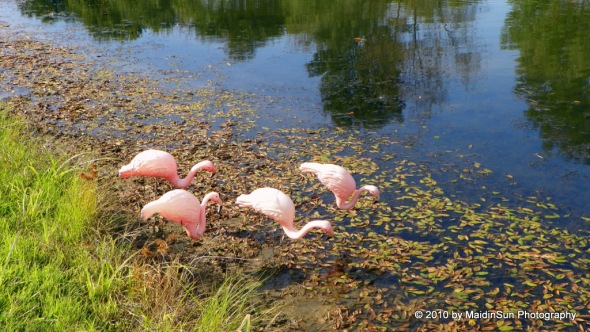 If you look closely at the flamingos in the photo above, you will see the excess growth of pond weeds.  In addition to stunting the growth of the fish, the pond weeds will turn the pond into a bog and then into a meadow as time goes on and on and on.  You will also see, if you look very closely, mud.  Normally you wouldn’t be able to see the mud but the drought conditions have lowered the pond’s water level.  Being the opportunists that we are, M and I decided to jump on Mother Nature’s bandwagon and help with the draw down.  A couple of weeks ago M placed a hose in the pond, ran it out to the creek in the woods, and the water is being slowly syphoned out of the pond.

The pond is approximately 1.5 acres (or 1.8, I can never remember which).  Basically it is the size of a small lake.  Over the years, in an effort to avoid using chemicals, we have weeded by hand.  Well, not really by hand.  By large rake.  Very large rake.  It’s difficult work, especially during the hottest months of the summer when it needs it most.  A draw down will expose the weeds so that they freeze over the winter months.  The freeze will kill them.  All the killing will happen without the back-breaking work of raking/dredging and without chemicals.  A win-win situation.  We hope.

The only problem with the draw down — and it’s really no problem at all — is that the pond is not looking as pretty as usual with her weeds and muck and mud showing.  She’s not so bad from a distance, though, so I will continue to take the usual wide view shots of the pond occasionally. 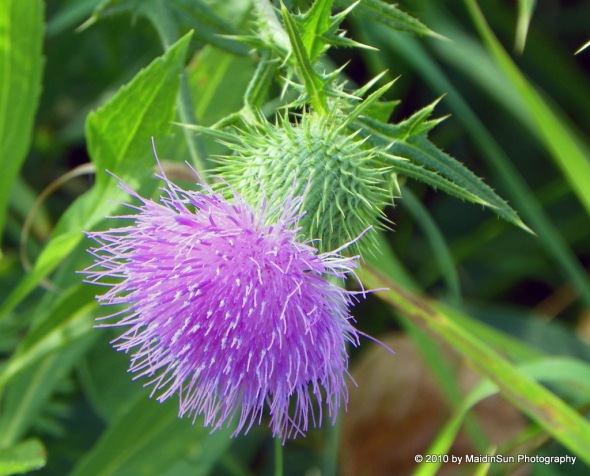 Mother Nature’s decision to dry things out around here has been helpful to us and to some of the plants that not only tolerate drought conditions but seem to love them.  I mentioned the goldenrod in a previous post.  The thistle is also enjoying the drier climate.

8 Comments on “Draw down”