Traipsing down the garden path 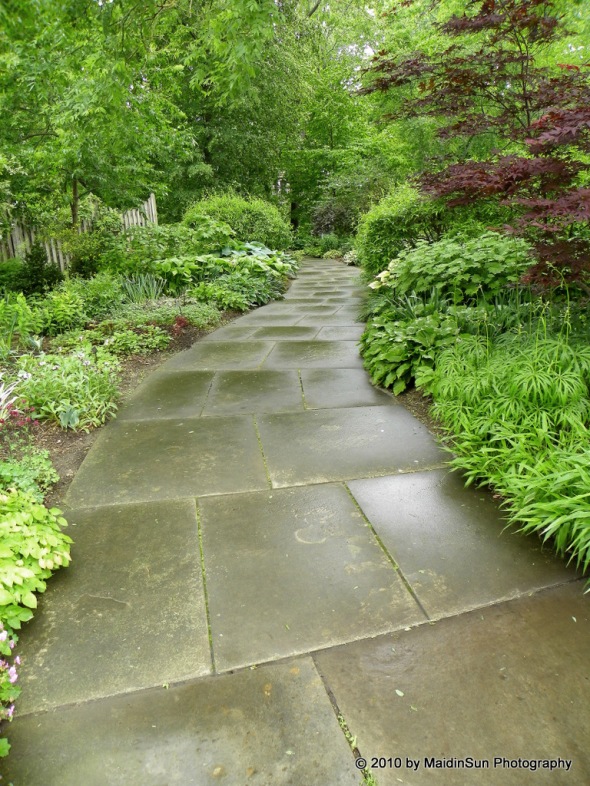 It has been hot and steamy here in the Bogs for the past few days.  I thought this might be a good time to travel back in time (via photos) to a rainy day in May when M and I visited the Cleveland Botanical Garden so we can enjoy the coolness of the greenery and the garden paths while I ramble a bit.

Yesterday I had to (force myself to) do some of the ironing.  As usual I have procrastinated and let it build up again.  The bar where the to-be-ironed hangs and waits was looking a little tired of doing its job.  It wasn’t bending in the middle yet but you can see that it wants to.  I have written about ironing here at ye olde blog before so I won’t dwell on it for too long.  You can read about it here if you really want to know how I feel about the ironing.

I am so glad our basement stays at an almost-constant 66 degrees no matter what the temperature is outside.  In the winter months 66 degrees feels chilly.  A fire in the fireplace, a blanket, or someone to cuddle with on the love seat while watching a movie warms the basement to a nice, toasty and enjoyable temperature.

Because it is a walk-out basement with large windows, it doesn’t seem gloomy or cave-like the way basements can and often do.  However, it doesn’t get full sun at any point either, and that keeps it feeling nice and cool during the summer months.  Cool enough that I can do the ironing on a sweltering 90 degree day when the humidity is up near 100%.

(Can you find the bench in this picture?)

When we bought the house it had been a rental for a long time.  The woman who was living here before we moved in was the granddaughter of the original owners and she told us a little about the place.  M gathered a little more information by talking with the elderly gentleman who owned it.  It was the elderly gentleman’s wife’s death that allowed him to break up the acreage and sell it in parcels the way they are doing with farms all over the country these days.

Once upon a time, there used to be a large farm here that at some point was known as Breezy Acres.  The old farmhouse is across the street from us and is about 100 years old (possibly older).  This house was the new house, built back in the 1960’s and it was owned by the husband of one of the three sisters who had inherited the farm and the land that went with it.  It was the first all-electric house in the county (for which it made the local newspaper in a two-page spread with photos).  While building the house the owners were told by the Electric Company that they would never have to pay over $100/month for electricity no matter how much they used so they installed electric heating coils throughout the house.  The problem with the electric heating coils is that they are in the ceiling.  Heat rises, but that must have escaped someone’s attention.  I understand why they did it that way, I think.  Instead of installing floors they put down plywood with wall-to-wall carpeting all through the house.  I’m not sure you can (or would want to) put heating coils under carpet.

M and I have tried heating the house during the winter months using the electric heat in the ceiling.  It is slow to warm up the house and it is very costly.  The original owners must have noticed the same thing as they eventually installed forced-air gas heat.  This was a fortuitous decision for us as the future (now present) owners.  (It should be noted that the advantage of the ceiling heat is that each room in the house has its own thermostat and controls so you can heat one room without having to turn on the heat in the rest of the house.  This came in handy when my father stayed with us last Christmas.  He was always cold so we turned on the ceiling heat in his room and it was almost like a sauna in there.)

There was no air conditioning in the house back in the day (the 1960’s).  When M and I moved to northeast Ohio we were told by a few folks that we would not need air conditioning here because it stays relatively cool throughout most of the summer with only a few days of hot temperatures in July and/or August.  This turned out not to be true.  Global warming?  I don’t know.  All I know for sure is that it can and does get quite hot here.  Add in high humidity and it can best be described as oppressive.  Our first summer (spent in another house, over in Kent) was hot, humid, and uncomfortable.  The house had a whole-house fan which helped but it did not cool us off the way air conditioning can. 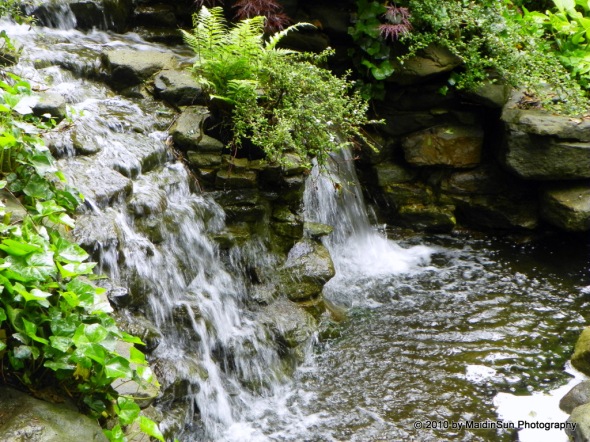 I’m digressing.  Back to the original owners of the house.  Because they did not have air conditioning, they moved to the basement during the summer months.  In the basement there was a second kitchen, a bathroom, and plenty of wide-open living space.  The bathroom was a campground style bathroom with cinder block walls, a cinder block shower, a functional toilet and sink (in other words, they work but there ain’t nothin’ fancy about ’em), and an enclosure of plywood that did not come all the way to the floor.  It was the kind of enclosure where your feet and lower legs can be seen when you’re in there.  Bathroom “stall” might be the appropriate word for it.

According to the granddaughter, the kids (and grandkids when they came along) spent summers swimming, fishing and hanging out by the pond.  Having a campground style bathroom makes perfect sense.

M and I had central air (conditioning) installed just before our first summer here at Breezy Acres.  (If interested, explanation of the name Breezy Acres can be found here.)  We both grew up without air conditioning in places that were a wee bit warmer than it gets in northeastern Ohio.  We both know what it is like to go to bed on a hot, sticky night and spend the night tossing and turning and looking for the cool spot on the bed or pillow.  And we both became spoiled as adults, learning to like the comfort of cool, dry nights inside while it is sweltering outside.  The ductwork was in place from the installation of the forced-air gas heat and that made it easier, less messy, and less expensive to have the air conditioning installed.

I don’t run it during the day when I’m the only one here.  I try to spend most of my time in the basement when the weather is as hot as it was yesterday.  To make it a productive day, that usually mean something to do with the laundry.  Such as — you guessed it — ironing. 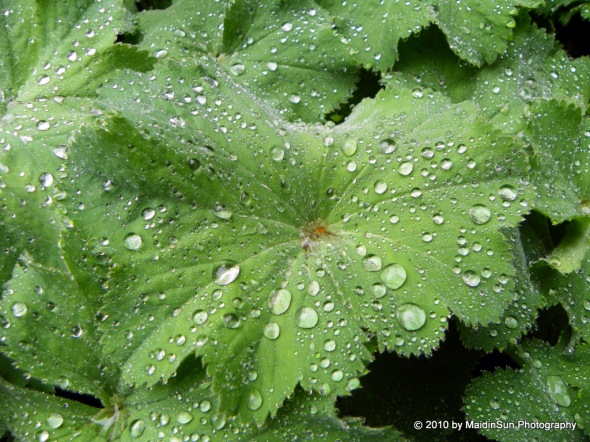 It’s nicer today, now that the cold front has moved through.  The air is a little cooler (80’s instead of 90’s) and drier.  A good day for working upstairs and for hanging things on the clothesline.  I’m glad we don’t live in one of those communities where clotheslines are banned.  Nothing makes the clean laundry smell better than fresh air and sunshine. 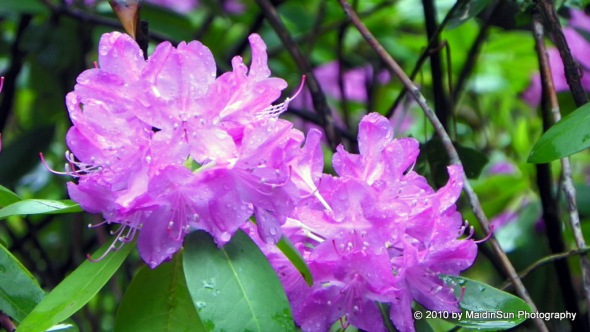