Look Up: The Garfield Monument

One of the famous (and dead) residents at Lake View Cemetery in Cleveland is the 20th President of the United States, James A. Garfield.  Garfield and his wife, Lucretia, are entombed in bronze caskets in the crypt located below the Memorial Hall.

(Statue of Garfield looking up in Memorial Hall.)

James A. Garfield was born in 1831 in a log cabin in what is now Moreland Hills, Ohio.  Garfield, elected in 1880, served 200 days as President of the United States, dying in office from the infection which started with wounds from an assassin’s bullets.  It is generally thought by today’s historians and medical experts that Garfield would have survived if his doctors had been more capable.  Several of his physicians inserted their dirty fingers into his wounds which is likely the cause of the infection that led to blood poisoning which ultimately helped lead to his death.

(Looking up in Memorial Hall.)

The Garfield Monument is a prominent and ornate feature in Lake View Cemetery.  The Memorial Hall contains the marble statue of Garfield, stained glass, and bas relief decorations.  In addition to Garfield and his wife, you will also find historical relics from Garfield’s life. 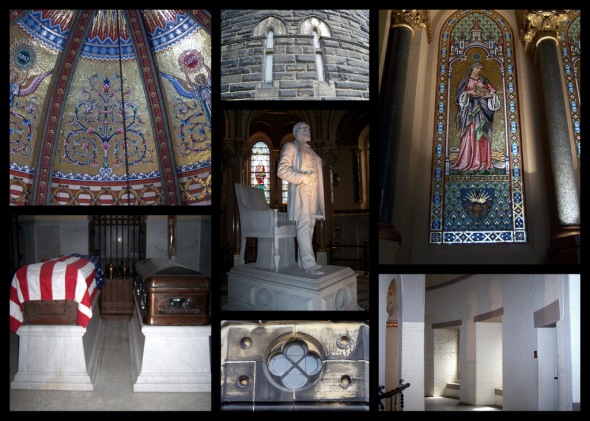 The monument has an observation deck where you can view the city of Cleveland and catch a glimpse of Lake Erie. 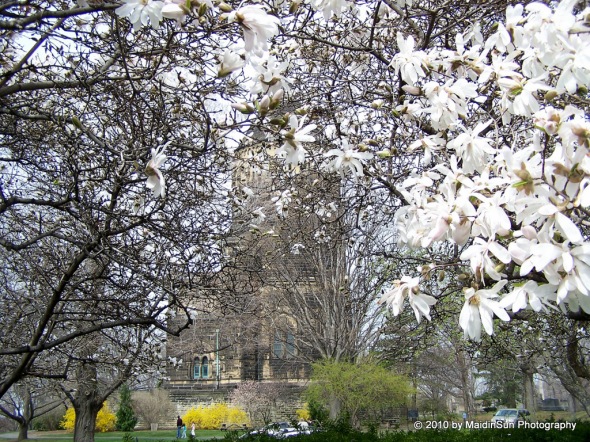 (Another view of the monument.)

(Looking up at the monument from the bottom of the hill.)