Pete and Repeat — An interlude 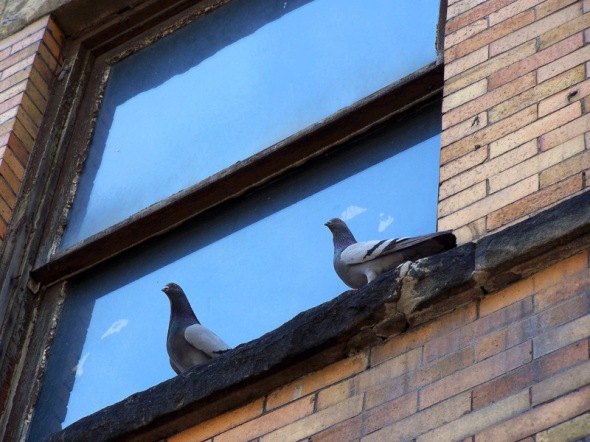 I’ve been writing up some of the details of the wedding celebrations and as I go along, finally checking what I posted during the celebrations, I realize that I often repeat myself.  Once I figured that out I was going to go back and change things.  The thing is, I often do that in my everyday life so I decided I will leave it as it is.  It’s more realistic in terms of being more me that way.

Q:  Pete and Repeat are sitting on a fence.  Pete jumps off.  Who is left?

Q:  Pete and Repeat are sitting on a fence.  Pete jumps off.  Who is left?

And so on and so forth…

As I write this (but not necessarily when I post it), rain is coming.  At least I hope it is.  The garden could use some watering.  The pond holds up better when we’ve had the occasional rainfall, too.

M has gone out to mow the grass before the storms roll in.  I spent  about a half hour raking weeds out of the pond earlier.  It’s good exercise, moving that heavy rake filled with weeds and pond muck.  It’s dirty exercise too.  I had splatters of pond muck/mud all over me by the time I was finished and mud in my toes from standing in the pond.  I raked up a turtle during my first pass through the weeds.  He was about 4-5 inches in length and must have decided that playing dead was the best recourse.  I put him back in the pond, thinking he’d swim away after the trauma of being lifted out on a giant rake.  I waited about 30 seconds, giving him time to scoot.  I put the rake back in and whaddyaknow, there was the turtle again.  Back into the pond I sent him.  He sat there near the edge, his head poking out of the water.  I nudged him with the rake, hoping he’d swim off.  No go.  He continued to sit there.  I worried that I’d hurt him or killed him when I raked him out of the pond.  I reached down to pick him up and his head suddenly went under the water and he finally swam off.

I forget why I sat down to write this little interlude.  Maybe just to record things as they are now before I go back in time.

I started this post yesterday.  The rain is here.  No doubt the garden is soaking it in.  I’m not feeling well today, but that is likely due to overindulgence in a lot of things over the past week or so.  Today is a very good day to start getting back on track with the Healthy Living Plan.  I’m not up to a lot of exercise, but a row or pedal around the pond if/when the rain stops would be nice.  I’m hoping to pull some of the baby bok choy for dinner.  (Note to self:  Take a picture of the bok choy.  It’s looking good and worth showing off.)

I’ll be back later today or sometime tomorrow with more details on the wedding celebrations.